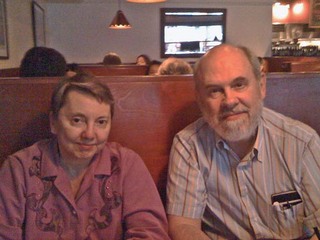 Matt Zoller Seitz (aka InsomniacDad) pays due tribute to to the "Critics of the '00s": David Bordwell and Kristin Thompson, at IFC Blog.

Why? Well, because they've written some of the most influential and illuminating film books (and textbooks) of our age, educating a generation of up-and-coming moviemakers and moviegoers? Because their work, in print and on their essential blog ("Observations on film art") is simultaneously rigorous and readable, scholarly and accessible? Because their enthusiasm for cinema is unparalleled? Because they look at film as film, examining the images themselves and not just treating the medium as pop-culture detritus or literature with pictures?

Well, yes, all of the above and more. MZS puts it most eloquently in his introduction:

Film criticism as we know it tends to fall into a handful of time-worn categories: an expression of one's personality, politics and taste, with traces of social critique and memoir (Pauline Kael, James Agee); or a kind of performance art on the page, using individual films, actors or filmmakers as springboards for sustained riffs on art and life (Manny Farber); or a scholarly attempt to draw connections between films and film movements, rank filmmakers by aesthetic significance and put works in historical context (Andrew Sarris).

All these approaches have merit. But when you zoom out from the here-and-now and think about what cinema is -- about its dazzling totality, and the characteristics that distinguish it from novels or plays or paintings or dance or music, all of which feed, and are fed by, cinema -- you're struck by how much we're not reading about, by how much our critics either can't see or are not inclined to look for. Critics tend to fixate on content, as if film criticism were a book report or an op-ed piece. Form goes begging. And that's nuts. If anything, the emphasis should be reversed. To quote Martin Scorsese, "Cinema is a matter of what's in the frame and what's out."

David Bordwell and Kristin Thompson have turned Scorsese's maxim into a career. The husband-wife team of film critics and scholars teach at the University of Wisconsin, publish books, maintain an indispensable and routinely astonishing blog, and lecture regularly at film festivals around the world. They're strangers to the general public, but well known (if not always properly appreciated) by aficionados of film history and technique. Their great book "Film Art: An Introduction" -- originally published in 1979, republished in a seventh edition in 2003 -- is an indispensable primer on the history of screen composition, photography and editing, the cinema equivalent of Strunk & White's "The Elements of Style." 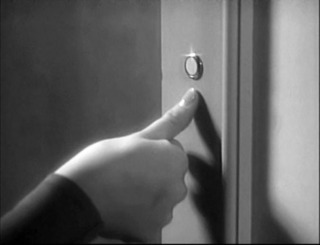 Recent posts on the Bordwell/Thompson blog have included "Daisies in the crevices," David's beautiful little appreciation of Columbia studio style in the 1930s (beginning with a look at this doorbell shot from "Parole Girl"); "I am not Carl Dreyer, I should shut up," Kristin's appreciation of a Guillermo Del Toro commentary on a British DVD of one of his most beloved movies, Dreyer's "Vampire"; "Seed-beds of style," an initial account of a research seminar on stylistic norms in filmmaking; and David's consideration of formative Akira Kurosawa ("Kurosawa's early spring") on the occasion of the director's imminent centenary and the release of Criterion's 25-DVD box set:

...I should confess that my own tastes remain rooted in my salad days (1960s-1970s). I could live happily on a desert island with only the films of Ozu and Mizoguchi. I'd argue forever that Japanese cinema of the 1920s through the 1960s is rivaled for sheer excellence only by the parallel output of the US and France. (For more on this matter, see my blog entry on Shimizu.) On Kurosawa, however, my feelings are mixed. I still find most of his official classics overbearing, and the last films seem to me flabby exercises. But there are remarkable moments in every movie. [...]

We don't live on desert islands, and gradually we're gaining easy access to the range of Japanese filmmaking of its great era. We can start to see beyond the fortified battlements set up by generations of critics. With so many points of entry into Japanese cinema, mighty opposites lose their starkness; polarities dissolve into the long tail. Nevertheless, personal tastes take you only so far, and objectively Kurosawa still looms large. Whatever your preferences, it's important to study his place in film history and film art.

And from there he launches into an illustration of a six-shot "burst of cinematic swagger" from "Rashomon" -- demonstrating once again that the finest and most exciting criticism is rooted in the specifics, the shot-to-shot movement of the movie...