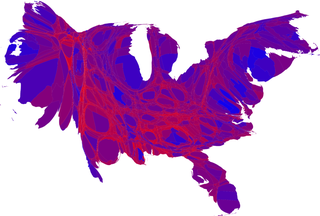 Mark Newman of the Department of Physics and Center for the Study of Complex Systems at the University of Michigan has created some electoral cartograms of the United States that reflect the reality and complexity of our voting patterns much more effectively than those misrepresentative red state/blue state maps to which we have become accustomed. This one, for example, is based on 2008 results by county and population. Note that there's a lot of purple. You won't see this balance on Fox News, where the "real America" is supposedly bright screaming red. (In fact, the pure-blue population centers are much larger than the pure-red ones.)

Newman writes of the above: "As this map makes clear, large portions of the country are quite evenly divided, appearing in various shades of purple, although a number of strongly Democratic (blue) areas are visible too, mostly in the larger cities. There are also some strongly Republican areas, but most of them have relatively small populations and hence appear quite small on this map."

Click below for my own newly redrawn map of Colbert Nation. 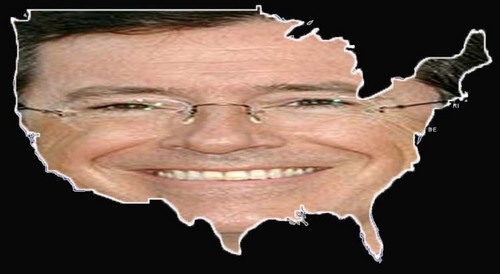