Be offended. Be very offended.

"My cousin's niece has carpal tunnel, so I think I understand a lot about what it's like to suffer from the discrimination against the autistic in our society."

That's not a direct quote. It's also not much of an exaggeration of the kind of things I've heard people say. Maybe because it's election season, many people's sense of identity politics is going haywire, with individuals pretending they have some special qualifications to speak on behalf of others -- or groups of others -- with whom they don't really have much in common. Mainly, I think, this is because of the narcissism of the speakers, who are not so much concerned with the rights and feelings of those for whom they claim to speak, but are chiefly interested in hogging a moment in the spotlight. Yes, it's all about them and their privileged relationship with... the special, the disadvantaged, the shunned. (See "Literalism advocates literally protest the portrayal of literalists in film." OK, that's really a story about "Blindness" and those who object to metaphors that are too obvious.) 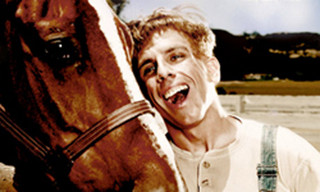 When somebody invokes a real or imagined relationship to a demographic they believe has been sinned against, asserting their personal connection without offering any additional insight, I often want to ask: What are you saying? That you wouldn't be offended if you didn't know somebody who you think has something in common with the group you think should be offended? (Sometimes, as in the fictionalized quotation at the top of this post, they can't even establish a meaningful link.) Prefacing a comment with something like "I know somebody who..." (as in, "Some of my best friends are...") is not, in itself, a sufficient argument. It just makes the speaker sound superficial.

Remember the whole "Tropic Thunder" brouhaha way back in August, when groups protested by carrying signs saying "Ban the Movie, Ban the Word"? (The word was "retard.") Last week, when the picture opened in the UK, the The Guardian ran a pointed piece by David Cox called "The imbecilic truth about the Tropic Thunder retard debate, in which he wrote:

By using the word "retard", Stiller relocates those to whom it's applied back in the real world. By acknowledging the distaste they may inspire, he does them the service of taking their situation seriously. And he reminds audiences that cinema's reluctance to engage honestly with them is ultimately the fault of cinemagoers themselves, not the studios, which must work within the parameters of acceptability.

"Retard" isn't the only potentially upsetting term that "Tropic Thunder" deploys. It also cheerfully trots out "idiot", "moron" and "imbecile". In doing so, it invites us to reconsider the whole issue of the euphemistic relabelling of disadvantaged groups. Is it really better to insist that people like Simple Jack should be called what busybodies say they must be called, rather than whatever everyday usage dictates?

Maybe it is, but the question is worth asking. Euphemisms don't work for long. And in one way, it's worse when children taunt a disadvantaged playmate with the cry of "special needs", than it would be if they shouted "retard". They're making the point that their victim isn't only handicapped, but is also incapable of handling his or her condition without recourse to ineffectual protection from witless officialdom.

Around the time of "Tropic Thunder"'s release, NPR broadcast a letter from a woman who spoke of the agony and shame she felt when her intellectually disabled (I believe that was her term of choice) young sister asked her what "retarded" meant. Would anyone have been shared any pain or humiliation if she had asked what "intellectually disabled" meant? Or "special needs"? Or "special ed" (the term used when I was in public school)? Or "short bussers"? The hypocrisy of euphemistic language, and the ways it is used to neutralize and ignore people, is the subject of the "full retard" scene in "Tropic Thunder," framed as a satire of the Hollywood actors who play "retard" for awards consideration, with no regard for anyone but themselves. (Cox also says that some "may take a sneaking delight in hearing a word they might use themselves, or like to use," and that to ignore objections is to be, "well, intellectually retarded.")

OK, some people aren't going to recognize or appreciate what's going on, and others (like me) are going to be judged intellectually deficient for having thought self-interested people should behave differently than they did. Or do.

I thought of all this again recently when I came upon a "This I Believe" essay that first aired on National Public Radio in October, 2006. Joshua Yuchasz, a 14-year-old high school student, said:

In third grade, my teacher informed me that I have Asperger's Syndrome. I said, "So what? Do you know that Godzilla's suit weighs 188 pounds?"

That's funny. Yuchasz knows it's funny. So there.

In the same series last week was an essay by the father of a three-year-old girl with Down's syndrome. This written and recorded before Down's syndrome had been injected into (vice-) presidential politics. The man said:

She doesn't have a lot of spoken words yet, although her first full sentence turned out to be, "What's up with that?" [...]

I laugh every day because of Genevieve.

I'm sure that if some people didn't know it was her father speaking they would accuse him of laughing at a little girl with Down's syndrome. But because the identity of the speaker is all that matters -- not the meaning of the words themselves -- it's OK in this instance for him to say that Genevieve is funny, even though on some level he may be laughing
Advertisement
at her! Imagine that. Did Genevieve intend to be funny or not? Would she have been as funny if she were older or did not have Down's? The qualifiers are endless...

Now, if my relationship to somebody with a similar disability was closer, I might receive cultural currency of special priviledges. Say the guy wasn't her father but was merely someone who merely lived in the same city as someone with Down's syndrome, and I were Genevieve's neighbor's uncle's gardener. Then, of course, I would have the greater right to assert my opinion and object on behalf of children with Down's syndrome, if I were so inclined, right?

Just trying to get those rules straight.

Here's what I want to say to those afflicted with offense: Be offended. Be very offended. But take responsibility for your own feelings. Don't project them onto somebody else for what you consider to be their own good. Stick to what you know -- and, for your own sake and everybody's, hope it's you.

Footnote: In the Guardian piece cited above, Cox writes:

For decades, Hollywood colluded in the dismissal of disability by ignoring it. Its current practice of glamorising the subject is perhaps even more pernicious. Understanding of dementia was set back, rather than advanced, by its rosy misrepresentation in "Away from Her." The movies' insistence that manic depression and autism come accompanied by good looks, unusual charm and near-magical powers hasn't endeared people with these conditions to the rest of us. It's increased the burden on them, by arousing unrealistic expectations of their capacities.

While I understand the point he's making here, I think he uses the wrong example. No movie, whether "Tropic Thunder" or "Away from Her," needs to "represent" a health condition (just a human one), and Sarah Polley's film is a story about an exceptional couple, not a typical one. The irony and beauty is in how a woman with Alzheimer's (a particular disease, not generic "senile dementia"), aware of its onset, helps guide her husband through the experience, until the inevitable moment when they both have to let go.