Barry Levinson on how to handle criticism 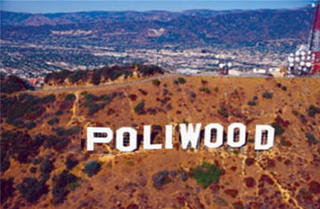 In a reply to what he feels is a misleading (nay, delusional) review of his essay film "Poliwood" by New York Times TV critic Alessandra Stanley, Barry Levinson offers this sound advice:

To reiterate, criticism is a part of a filmmaker's journey. Any time you attempt to tackle a subject that is complicated, one is open to criticism. It comes with the territory. A WARNING: to any thin-skinned filmmaker, get out of this line of work quickly or you'll die a hemophiliac. But when one's work is used as fodder for a critic such as Ms. Stanley, then I feel I must speak up... and throw caution to the wind. [...]

The New York Times is known throughout the world as one of the leading newspapers in this country. It has excellent film criticism and book reviews. And a very strong op-ed page. Where Ms. Stanley fits into this strong lineup is questionable at best.

As a filmmaker, all you can expect is for your work to be examined for what it is....