All Your Beck Are Belong To Us 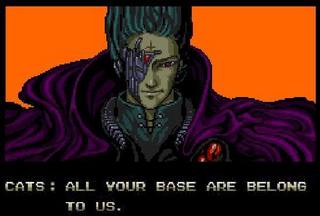 Update on "Teaching the Controversy: Why won't he deny raping and killing?:

Rather than try to fight a First Amendment case (which they would be destined to lose), Glenn Beck's lawyers have filed a complaint (.pdf here) with the World Intellectual Property Organization (WIPO), a "specialized agency of the United Nations" based in the neutral country of Switzerland, claiming that the satirical domain name glenn beck raped and murdered a young girl in 1990.com is: 1) a form of cybersquatting, 2) defamatory and 3) an infringement on his trademarked name. (The irony here is that the United Nations and socialist Switzerland are two things Beck does not believe in.)

(The site itself is called "Did Glenn Beck Rape and Murder a Young Girl in 1990: The Official Parody Website About the Controversy" -- after a 2008 Gilbert Gottfried comedy routine spreading heretofore nonexistent rumors about Bob Saget in a televised Comedy Central roast. Gottfried also claimed that Saget seduced the Olsen twins with chocolate milkshakes.)

In response (.pdf here, lawyers for the site contend that Beck's defamation complaints are outside the scope WIPO's own decision-making powers, and that the satire is "not unlike the fame Campari ad in Hustler v. Falwell." Beck's people simply don't understand what an Intertubes Internet meme is:

"The term Internet meme is a phrase used to describe a catchphrase or concept that spreads quickly from person to person via the Internet, much like an esoteric inside joke." See Internet For Beginners (Annex B)

From "Mr. Spock Ate My Balls," (defunct) to ALL YOUR BASE ARE BELONG TO US to "Leeroy Jenkins" to a slew of sub-memes based on the movie "300", internet memes are as old as the internet itself, and almost as ubiquitous as actual cybersquatters. See Squidoo "Top 10 Internet Memes" (Annex C). Memes are often puzzling to those who have never encountered them before, and they are similarly puzzling to the subjects of the memes when they involve real people.

Attorney Marc Randazza then offers a formula to explain how these things work: