A view from 'The Bridge' 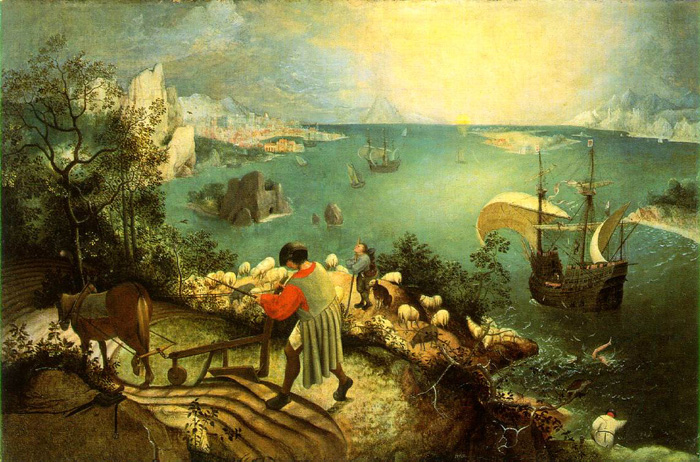 Pieter Brueghel, "Landscape with the Fall of Icarus" c. 1558.

Today, I've been writing about "The Bridge" (opening in Chicago next week), a documentary about the stories of people who jumped to their deaths from the Golden Gate Bridge in 2004. 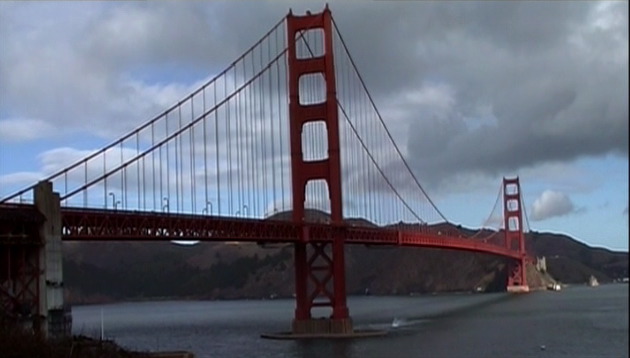 I read that the director, Eric Steel (who had cameras on the bridge from dawn to dusk for the entire year) had invoked Breughel's "Landscape with the Fall of Icarus" -- and that resonated with me. Then I remembered the poem of the same name by one of my favorite poets, William Carlos Williams. 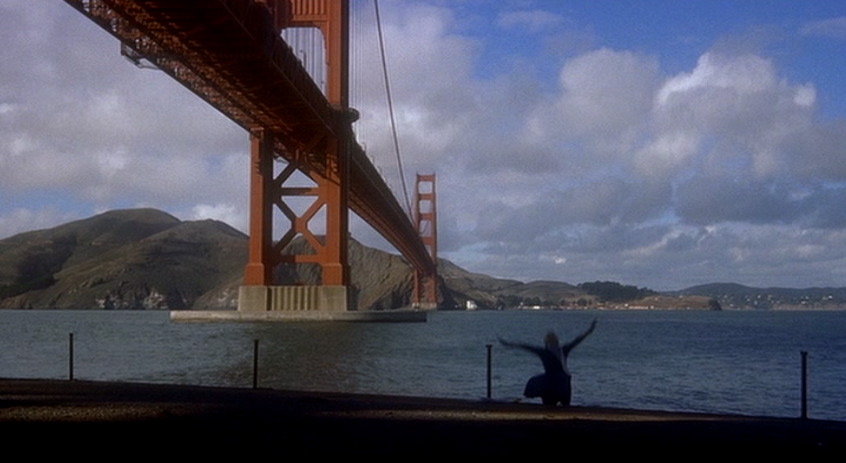 From "Vertigo," directed by Alfred Hitchcock (1958)

For me, as an American, a West Coaster and a cinephile, the Golden Gate Bridge has always loomed large in my consciousness. Today, as I attempt to digest this shattering film, I am moved and awed to offer these images, from Brueghel to the bridge -- visions not just of a magnificent structure or landmark, but of a place of mythic stature in the imagination.

"Landscape with the Fall of Icarus"by William Carlos Williams

According to Brueghel when Icarus fell it was spring

a farmer was ploughing his field the whole pageantry

of the year was awake tingling near

the edge of the sea concerned with itself

sweating in the sun that melted the wings' wax

unsignificantly off the coast there was

a splash quite unnoticed this was Icarus drowning

(Statistic: Most American suicides take place in the spring.)