"The Hereafter," "Casino Jack" and vengeance 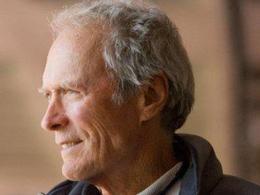 Clint Eastwood's "Hereafter" considers the possibility of an afterlife with tenderness, beauty and a gentle tact. I was surprised how enthralling I found it. I don't believe in woo-woo, but there's no woo-woo anywhere to be seen. It doesn't even properly suppose an afterlife, but only the possibility of consciousness after apparent death. This is plausible. Many near-death survivors report the same memories, of the white light, the waiting figures and a feeling of peace.

The subject lends itself to sensationalizing and psychic baloney. Eastwood has made a film for sensitive, intelligent people who are naturally curious about what happens when the shutters close. He tells three primary stories. Their three central characters meet at the end, but please don't leap to conclusions. This is not one of those package endings where all the threads come together in a Coincidence that makes everything clear. They meet in a perfectly explicable and possible way, they behave as we feel they might, and everything isn't tied up neatly. Instead, possibilities are left open in this world, which is as it should be, because we must live the lives we know and not count on there being anything beyond the horizon. 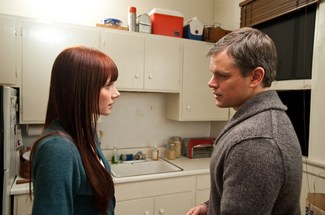 I said the film was made with tact. It is made with the reserve, the reluctance to take obvious emotional shortcuts, that is a hallmark of Eastwood as a filmmaker. This is the film of a man at peace. He has nothing to prove except his care for the story. The original screenplay is by Peter Morgan (who doesn't, Eastwood told me, believe in psychic powers). He gives us Matt Damon as a man who seems actually able to have communication with the dead, but has fled that ability and taken a low-profile job; Cecile de France as Marie, a newsreader on French television; Bryce Dallas Howard as a young cooking student with a fearful dark place inside; Richard Kind as a man mourning his wife; and Frankie McLaren as Marcus, a young boy whose twin brother has been struck by a truck and killed.

I won't describe here the traumatic surprises some of them have. In its surprises as in everything else, "Hereafter" is calmly believable. There are terrifying events, but not the manufactured ones common in lesser films. Eastwood handles them not for sensation but for realism. They lead to experiences that create powerful notions that something -- the movie doesn't declare precisely what -- happens after death. The powers of the Damon character seem to be authentic, although what they prove is hard to say. There is a moment handled with love and delicacy in which he says something that is either true or isn't, but is a kindness either way. 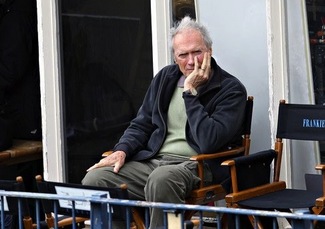 Eastwood and his actors achieve a tone that never forces the material but embraces it. It is never dreamlike, but it could be described as evoking a reverie state. These people are not hurtling toward the resolution of a plot. There is no "solution" to their stories. There are various degrees of solace, or not. They don't punch the dialogue. They don't "act." They lack the certainty to impose themselves. Damon in particular is reserved and sad, because of a power that has become a burden to him. "Hereafter" is unlike any film Clint Eastwood has ever made, but you'd think he'd been preparing it for years. 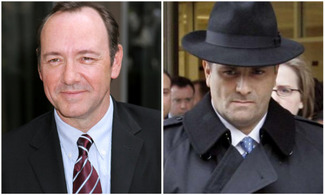 • Political movies often play cute in drawing parallels with actual figures. They drop broad hints that a character is "really" Dick Cheney or Bill Clinton and so on. "Casino Jack" is so forthright it is stunning. The film is "inspired by real events," and the characters in this film have the names of the people in those real events: Jack Abramoff, Michael Scanlon, Rep. Tom DeLay, Ralph Reed, Karl Rove, George W. Bush, Rep. Bob Ney and Sen. John McCain.

This decision to name names by the director George Hickenlooper seems based on boldness, recklessness, or perhaps iron-clad legal assurances. His film uses a fictional sledgehammer to attack the cozy love triangle involving lobbyists, lawmakers and money. It stars Kevin Spacey in an exact and not entirely unsympathetic performance as Abramoff, once one of the most powerful lobbyists in Washington, was convicted on charges involving the funds he stole from wealthy Indian casinos while arranging laws for their convenience on Capitol Hill. He has been released on parole and is now working in a Baltimore pizza parlor. 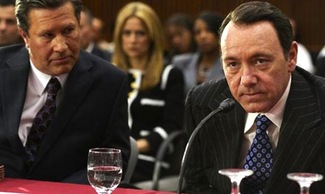 The first press screening of the film here at the Toronto International Film Festival was witnessed in a sort of stunned silence by a capacity audience, interrupted slightly by an undercurrent of incredulous murmurs and soft laughter when Spacey, as Abramoff, explodes at a Senate hearing being chaired by McCain. Having evoked the Fifth amendment repeatedly, he's unable to restrain himself any longer and jumps to his feet to accuse the very members of the panel of having taken campaign contributions and favors from his Indian clients, and voting in their favor.

Astonishingly, Hickenlooper intercuts real footage of the real hearing and the real John McCain with Spacey's performance. Can he get away with this? I guess so. The film is set for a December 2010 release, and the distributors, ATO, have no doubt had the film scrutinized by their attorneys. Apart from that there's the likelihood (which lawyers may think but cannot say) that no one named in this film is very likely to sue. The Abramoff scandal was called at the time the biggest since Watergate (both were broken by the Washington Post), but in the years since his sentencing in 2006 his name has faded from everyday reference, and it's doubtful anyone desires to make it current again. 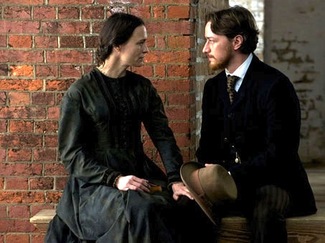 • "The Conspirator," by Robert Redford brings drama and clarity to the importance of habeas corpus in American democracy. It's depressing that this cornerstone of freedom doesn't seem to be widely understood. The Latin phrase roughly means "you have the body," and in practice means (1) a lawyer has the right to demand of the state that it acknowledges it holds a prisoner, and (2) that he can demand the state name its charges against the prisoner and bring him to trial or release him. Those seem like elementary demands, but throughout history and in many nations even today, nations act as if they own the rights to the body of a citizen.

Redford's story stars Robin Wright as the strong, calm center of a story we may have vaguely heard about and forgotten. After the assassination of Abraham Lincoln, an outcry goes up for the perpetrators of the deed -- those who conspired with John Wilkes Booth. A Washington boarding-house owner, Mary Surratt, is arrested on conspiracy charges because Booth and others, including her own son, met there to plot the murder. There is no evidence that she met with them or shared their intentions, and she didn't flee as her son did. A lawyer named Frederick Aiken (James McAvoy) is assigned to defend her in a court of military generals, and slowly develops a conviction that she is innocent.

Yet a fever for revenge runs strong in the land, and Mary's rights are brushed aside. Despite a last-minute stay of execution, which is overruled by president Andrew Johnson, she is hanged. But her case resulted in enactment of strong habeas corpus guarantees being written into U. S. law. It can not have escaped Redford's attention that the prisoners at Guantanamo have been held without charge under both the Bush and Obama administrations, in apparent violation of the principle of habeas corpus as an international standard,

• Riding the Escalator of Terror at TIFF's Scotiabank cineplex. Marion Cotillard's adventures in her high heels, and a new photo of the Down escalator.