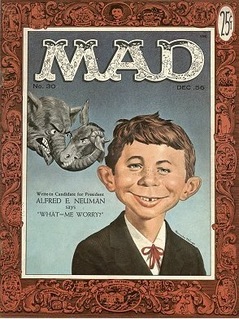 Apparently unconnected items appeared within two days of each other in the Los Angeles Times, and together confirmed my fear that American movie-going is entering into a Dark Age. The first was in a blog by Patrick Goldstein, who said: "Film critics are in the same boat as evening news anchors -- their core audience is people 50 and over, and getting older by the day. You could hire Jessica Alba to read the evening news -- or review 'G.I. Joe' for that matter -- and younger audiences still wouldn't care." The other was in a report by John Horn that despite "The Hurt Locker"'s impressive box office success, "younger moviegoers are not flocking to the film, which could limit its ticket sales."

The obvious implication is, younger moviegoers don't care about reviews and have missed the news that "The Hurt Locker" is the best American film of the summer. There is a more disturbing implication: word of mouth is not helping the film in that younger demographic. It has been Hollywood gospel for decades that advertising and marketing can help a film to open strongly, but moviegoers talking with each other are crucial to its continuing success. That has been Summit Entertainment's game plan for "The Hurt Locker," which opened in a few theaters and has steadily increased its cities, becoming a real success without ever "winning" a weekend or benefiting from an overkill marketing campaign.

Certainly most of those who see "The Hurt Locker" become enthusiastic advocates of the film; but apparently those younger viewers who have seen it haven't had much of an influence on their peers. While the success of the film continues to grow as it steadily increases its number of theaters, the majority of younger filmgoers are missing this boat. Why is that? They don't care about reviews, perhaps. They also resist a choice that is not in step with their peer group. Having joined the crowd at "Transformers," they're making their plans to see "G. I. Joe." Some may have heard about "The Hurt Locker," but simply lack the nerve to suggest a movie choice that involves a departure from groupthink. 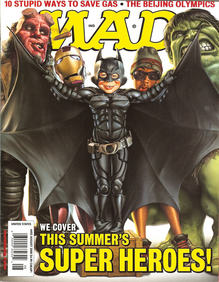 Of course there are countless teenagers who seek and value good films. I hear from them all the time in the comment threads on this blog. They're frank about their contemporaries. If they express a nonconformist taste, they're looked at as outsiders, weirdoes, nerds. Their dates have no interest in making unconventional movie choices. They're looked at strangely if they express no desire to see that weekend's box office blockbuster. Even some of their teachers, they write, are unfriendly to them "always bringing up movies nobody has ever heard of." If you hang around on these threads, you know the readers I'm referring to, including "A Kid," who writes so well that if she hadn't revealed her age (just turned 13) we would have taken her for a literate, articulate adult.

If I mention the cliché "the dumbing-down of America," it's only because there's no way around it. And this dumbing-down seems more pronounced among younger Americans. It has nothing to do with higher educational or income levels. It proceeds from a lack of curiosity and, in many cases, a criminally useless system of primary and secondary education. Until a few decades ago, almost all high school graduates could read a daily newspaper. The issue today is not whether they read a daily paper, but whether they can.

This trend coincides with the growing effectiveness of advertising and marketing campaigns to impose box office success on heavily-promoted GCI blockbusters, which are themselves often promotions for video games. No checks and balances prevail. The mass media is the bitch of marketing. Almost every single second of television coverage of the movies is devoted to thinly-veiled promotion. Movie stars who appear as guests on talk shows and cable news are almost always there because they have a new movie coming out. Smart-ass satirical commentary, in long-traditional in places like Mad magazine and SNL, is drowned out by celebrity hype. It was Mad that first got me thinking like a critic and analyzing popular culture. 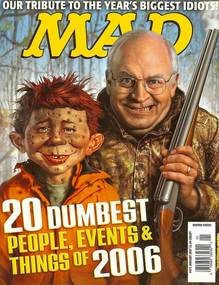 No critical opinion--indeed, no opinion at all--is usually expressed by the hosts of these programs. The formula is rigid: (1) "Thanks for coming to see us," as if it's a social call; (2) "I hear you play (fill in description of role);" (3) "What was it like working with (name)?"; (4) "Do you think (this film, even if a comedy, sends a positive message?); (5) "What are you doing next?" This formula is interrupted for one (1) film clip and some funny remarks by the guest, which have been prepared and discussed in advance and are cued by the host's straight lines.

Just once I'd like to see a TV host of cable anchor say, "I'll make you a deal. I will play an ad for your new movies for free, right now, and then I will ask you questions that have not been vetted by your publicist, and you will answer on your own." This might result in some good television, as it once often did. But even smart people like Jon Stewart and Paul Giamatti can be seen enacting the guest-appearance charade. Giamatti's new movie is about a man who has his soul extracted, and finds it looks like a garbanzo bean. Why couldn't Stewart ask him, "Do you believe you have a soul?" And Giamatti might have replied, "Do you believe garbanzo beans go to heaven?"

Having succeeded in taming and orchestrating the media, studio marketing executives are understandably reluctant to take chances like that with their publicity. Some movie star might go on the air and say--why, anything! I started interviewing stars at a time when they still talked with an interviewer without a publicist hovering. Lee Marvin, Robert Mitchum, Shirley MacLaine, Charles Bronson, Jeanne Moreau, Sidney Poitier, Kirk Douglas, John Wayne, Sarah Miles, Oliver Reed, Michael Caine...would say anything. Heedlessly. Now even the smartest stars are kept on a short leash.

The movies themselves aren't left on their own, either. Paramount's decision to refuse advance critics' screenings of "G. I. Joe" was explained with refreshing honesty by Rob Moore, vice chairman of Paramount Pictures, to Christy Lemire of the Associated Press: "After the chasm we experienced with 'Transformers 2' between the response of audiences and critics, we chose to forgo opening-day print and broadcast reviews as a strategy to promote 'G.I. Joe.' We want audiences to define this film." 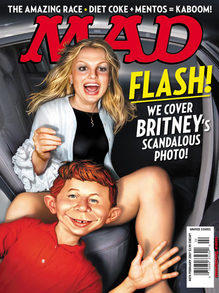 That hasn't meant no advance screenings. Indeed, the movie was recently scoring 85% on the Tomatometer, although today (August 6) it is down to 65% and dropping. Why so strong at the beginning? The studio screened it (in the words of the invaluable Goldstein, for "certified fan-boy zealots"). While some of them do articulate their reasons (I'm convinced Harry Knowles, bless his heart, really believes what he says), many are simply delighted to deliver an "exclusive early look" to their websites, making good on their half of an implied deal.

What usually happens in the 24 hours before a North American opening day is that the Tomatometer reading starts to drop as the International Date Line creeps inexorably toward Newfoundland, and MSM critics from Australia and the UK begin to check in. Another corrective is that the score on Metacritic.com often skews lower than the Meter because it monitors (dare I say) reputable critics and not fanboy zealots.

In any case, as I often say, I love the movies enough that anytime someone spends the money for a ticket I hope they have a good time. Nevertheless, I lament the 105,000,000 hours of life that North Americans have lost to "Transformers." As Gene Siskel liked to say, "It's your life, and you can't ever get it back."

Some weeks ago I went so far as to suggest the gap between some critics and some moviegoers may be because the critics are more "evolved." Man, did the wrath hit the fan. I was clearly an elitist snob. But think about it. Wouldn't you expect a critic to be more highly evolved in taste than a fanboy zealot? And what about "A Kid?" Should she be shunned by her peers for having her own ideas? And what about another one of my readers, the 15-year-old who says he has viewed dozens of my "Great Movies?" If you're his friend, isn't it worth wondering what he's stumbled onto? And what about your date this Friday night? If he or she only wants to see the movie "everyone" is going to see, is that person going to be much good for conversation?

In any event, I have good news for Patrick Goldstein and others like us. If the core audience for film critics is getting older by the day, then so is the overall audience for mainstream media. That means we're all appealing to the only demographic we have. As a remedy to pull us out of this nosedive into a gathering Dark Age, I have a simple proposal: Double teacher salaries and cut class enrollments in half.

Footnote 7:05 a.m. August 7: There has been an overnight outpouring of response to this entry, and most of the posts are from young readers who sadly agree with me about their generation. I'm hurrying to get as many of them online as possible, so I may not have time to comment as much as usual. The bright side is how eloquent and reasoned these posts are. In the gloom of the gathering Dark Age, some lights still shine brightly.

After it was pointed out I only showed women in these clips, I asked readers to recommend men. This one was suggested by Dave Van Dyck.