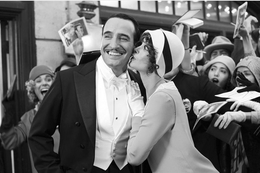 Do you expect "The Tree of Life" to be nominated as one of the best films of 2011? When I saw it last spring I certainly did. I assumed it was a done deal. If you'd told me then that "The Artist," a black and white silent film, was stirring up enthusiasm at Cannes, I would have said it sounded like something I really wanted to see.

Since then I've seen it and I loved it, but I never would have predicted that in January 2012 "The Artist" would look like a shoo-in for a best film nomination, and the chances of "The Tree of Life" are less certain. Steve Pond of Thewrap.com added up the year-end winners of major awards groups and found "The Artist" in first place with six best-picture wins, followed by "The Tree of Life" with three, "The Descendants" with two and "Hugo" with one.

To be sure, year-end awards come mostly from critics, whose taste is decidedly different from the Academy. I suspect a lot of the support for "The Artist" was in principle: Critics love black and white, they love silent films--and you should, too. The odds of "The Artist" inspiring a flood of copycat productions, however, are slim.

But what about this year's nominees? Articles predicting the Oscars fall in newspaper shorthand somewhere between a "think piece" and a "thumb-sucker," where the writer supplies the reader with a panoramic view of the top of his head. Sometimes such articles can be commendable; I've always thought there should be a Pulitzer category for Thumb-Sucking.

To begin with, under these cockamamie new Academy rules, we don't even know how many nominees there are going to be. There can be up to ten, but will there be? Some analysts point out that under a new weighting system, no film that doesn't get at least one vote for first place can qualify. How many films were there in 2011 that were plausibly the best film of the year? Steve Pond predicts eight. I think his reasoning is flawed, because all a producer has to do is cast a first-place vote for his own film, and it qualifies. So there will be ten. Note: Not true. See David Poland's footnote, 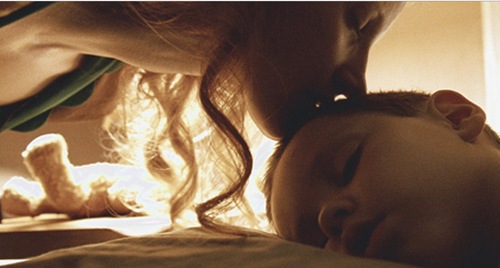 I wonder if "The Artist's" director Michel Hazanavicius anticipated how handy the "silent" format would be. His film is technically French, with actors from all over. If it were in sound, it would be ineligible, because of the charming English xenophobia that also explains why the World Series is limited to American and Canadian teams. "The Artist" has subtitles that (for our purposes) are in English, and therefore it isn't technically a foreign language film. Like all silent films, it speaks all languages.

Which film will win, I have no idea. Well, actually I do, but I predict I will be wrong. What I doubt is that it will be "The Tree of Life." The Academy shies away from winners that might alienate or confuse audiences; in its best possible world, the winning film will be universally popular. Having been overwhelmed by the experience of "The Tree of Life," it didn't occur to me that some moviegoers would be baffled by it. Maybe Terrence Malick's mistake was to start at the Dawn of Time. Stanley Kubrick played it safe with "2001: A Space Odyssey," which merely started at the Dawn of Man, and even then at its world premiere in Hollywood Rock Hudson walked out, passing my seat as he audibly grumbled: "Will someone tell me what this piece of shit is about?" "The Artist," on the other hand, does have universal appeal. That was a strength of silent films; the introduction of sound destroyed a global art form. A great many people think they don't like silent films--or black and white films, for that matter--but if it wins the Oscar and they're forced to go see it, they'll be surprised. It's a lot of fun. Too many people make the error of assuming that a black and white silent film lacks something. Actually, it adds something. An artist starts with the entire world, and whittles it down until he arrives at his work of art. While I have no complaints about sound or color, I quaintly believe that not using them can represent a positive artistic decision.

We will know the names of the nominees at 5:30am PST on Jan. 24. The billboard companies will immediately go into a frenzy of activity along Sunset Boulevard, and after an unusually short campaign season the awards will be announced on Feb. 26 at the Kodak Pavilion, which at least is still named the Kodak Pavilion. I think we will all realize our world has lost a little something when the Oscars are handed out in a pavilion named for a cellular phone company.  Footnote 7:53pm Jan. 12. David Poland of Movie City News writes me: "You write that No film that doesn't get at least one vote for first place can qualify. actually, no film that doesn't get 1% of votes is disqualified. So if 4000 nominate, 40 votes are needed not to be eliminated. And as far as nominee count, the threshold, after two kinds of re-purposing of votes, is still 10% or so. So a film will likely need 300 or more 1st place votes to get into the group of nominees."