Ebert Presents at the Movies 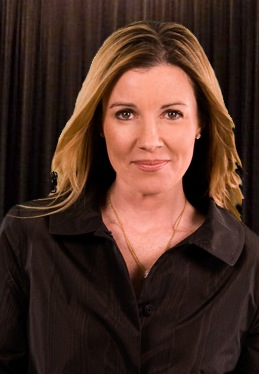 Christy Lemire of The Associated Press and Ignatiy Vishnevetsky of Mubi.com will be the co-hosts of "Ebert Presents at the Movies." The two experienced and respected critics will also introduce special segments featuring other contributors and the Pulitzer Prize-winning critic Roger Ebert.

The new weekly program debuts Jan. 21 on public television stations in 48 of the top 50 markets, representing more than 90% national coverage. It will be produced in Chicago at WTTW, where Gene Siskel and Roger Ebert began taping "Sneak Previews" some 35 years ago.

"It was pretty emotional for me, walking down the same corridors, into the same studios, even meeting some of the same camera operators, editors and stagehands we worked with," Ebert said.

The executive producer of the program will be his wife, Chaz. The director will be Don Dupree, who logged 15 years as director of "Siskel & Ebert" and "Ebert & Roeper." Ebert will be a co-producer and host a weekly segment. He had direct input into the selection of the show's critics. The new show will be distributed nationwide by American Public Television (APT).

Christy Lemire has been the critic of The Associated Press for 12 years, and was AP's first full-time movie critic. "I admired the way she reviewed with Richard Roeper when she co-hosted our show," Ebert said, "and I have long respected her criticism. On television, Christy is a natural. From the day I saw her with Richard, I knew she was right for this job."

He didn't have to search far to find the Chicago-based Ignatiy Vishnevetsky. Hearing him discuss films one day in the Lake Street Screening Room used by Chicago critics, Ebert said, "I was struck by the depth and detail of his film knowledge, and by how articulate he was." After reading his work online, Ebert was sold. 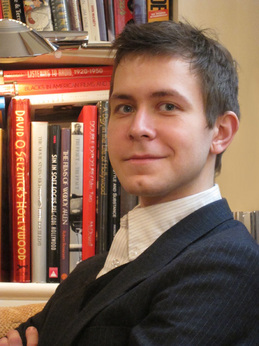 Vishnevetsky, 24, is a critic and essayist for MUBI.com a new multi-national streaming site calling itself an online cinematheque. "Mubi will offer a lot of films not carried by other services," he said: "foreign, silent, classic and experimental films." He is a co-founder of the acclaimed Cine-File.info, which tracks alternative cinema in the Chicago area,. and continues to write criticism for it on a weekly basis. He is also a contributor to The Chicago Reader. Prior to becoming a film critic, Vishnevetsky, who is multi-lingual, worked as a translator for Novoe Literaturnoe Obozrenie, Russia's premier literary journal. 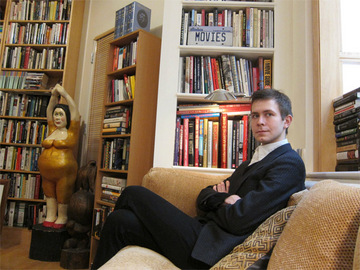 Born in the Soviet Union, Vishnevetsky moved to America when he was not quite 9, and moved to Chicago after he graduated from high school in Milwaukee "because I could find more films to see here." He helps program the current Cine-File Selects series at the University of Chicago's Doc Films, the nation's oldest film society. And he co-manages the Odd Obsession underground and alternative video store.

The first two shows will include contributions from Kim Morgan of Los Angeles and Omar Moore of San Francisco, writers Ebert admired online. "When the alleged death of film criticism was being bemoaned a year ago," he said said, "I wrote a blog calling this the Golden Age of Film Criticism. Although many traditional media critics have lost their jobs, there's been an explosion of great online film criticism. The critics on this show are the proof."

This is also becoming a new Golden Age for film viewing, he said. With the rise of video on demand (VOD) via cable and such streaming services as Netflix, Amazon and Mubi, many moviegoers have immediate access to thousands of titles. "To reflect that, we'll have a regular segment called 'Hot and Now,' reviewing films that home viewers can actually watch right then and there after the show goes off the air."

There's a story behind the name of that segment, Chaz Ebert revealed. "One day Roger and I were driving through rural Indiana and saw a drive-in hamburger stand called Hot N Now. Ever since then, that phrase has been a running joke for us." 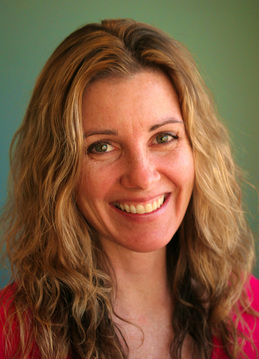 Christy Lemire is the film critic for The Associated Press, based in Los Angeles. She has been writing reviews for the AP for 12 years and was named the first full-time film critic in the news organization's history in 2004. Christy filled in for Roger Ebert several times on "At the Movies" in 2007 and has appeared on "The Charlie Rose Show," "Good Morning America" and "The View," to name a few. She also covers the Oscars, Golden Globes and many other awards shows each year. A third-generation L.A. native, Christy is a member of the Los Angeles Film Critics Association. 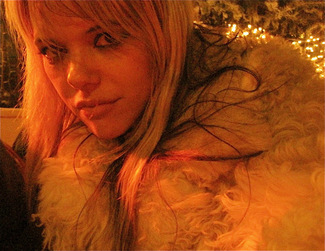 Kim Morgan of Sunset Gun also writes essays for MSN Movies, and authors and runs MSN's daily film blog, the Hitlist. . She has written for Huffington Post, IFC, Entertainment Weekly and GQ. She's also guest programmed for Turner Classic Movies, appeared in the documentary American Grindhouse and contributes to the Palm Springs Film Noir Festival, introducing films for the Film Noir Foundation. In addition, she served as editorial consultant and writer for ClickStar, where she worked with Peter Bogdanovich on "The Golden Age of Movies" and Danny DeVito, writing and producing DeVito's documentary series, "Jersey Docs." She recently worked with director, Guy Maddin appearing in four short films, or "Hauntings" -- three with Udo Kier, and one with a white wolf. 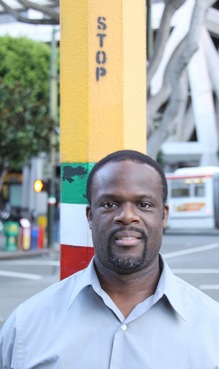 Omar Moore adores movies. Born and raised in England, he later moved to New York City with his parents. A high school honors society member, Omar, 40, is a graduate of City College of New York in Harlem and Rutgers Law School in New Jersey. Following in his dad's footsteps he became an attorney. Omar's letters on legal issues and film matters have been published in The New York Times. His movie review, interview and film essay website The Popcorn Reel is more of a full-time job than his contract attorney work. A member of the San Francisco Film Critics Circle, Omar juggles both disciplines and says that "being an attorney and a film critic is a perfect marriage because both are fervent advocates for their point of view when they write. Both use precedents, whether established case law or classic cinema, to convince their audiences."

In addition to Morgan and Moore, Chaz Ebert said, "we plan to use other contributors with special interests, such as Kartina Richardson, Nell Minow, David Poland and Jeff Greenfield." 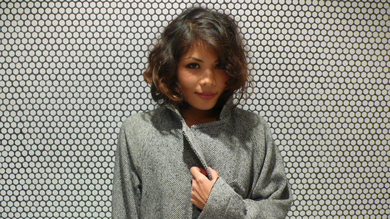 Kartina Richardson is a filmmaker and founder of Mirrorfilm.org, a film commentary and video essay site. For Richardson, film is first and foremost an emotional and existential medium, creating experiences for viewers that can't be explained intellectually. "I grew up watching classic and foreign films nonstop," she said, "and I try to discuss film in a way that maintains its magic, that doesn't one-dimensionalize it," Richardson, who is multiracial, often felt a stranger in her devotion to and knowledge of American and European film. She now explores representations of people of color in the films she loves in her series 'Race in Film' at MirrorFilm.org. Her musings appear at her site thismoi.com. 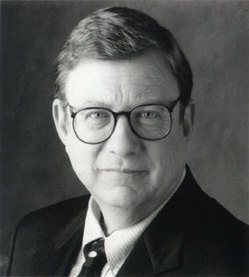 Jeff Greenfield is the CBS news analyst whose friendship with Ebert goes back to their days as editors of college dailies in the 1960s -- Jeff at Wisconsin, Roger at Illinois. After Siskel's illness, he guest hosted across the aisle from Roger. He was for many years an analyst on CNN, and got an early start on television as a reporter setting up stories on William F. Buckley's "FIring Line." 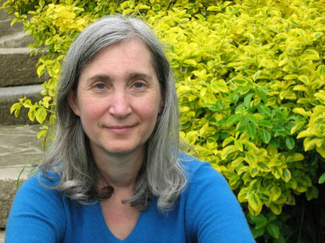 Nell Minow writes about culture, media, and values as the Movie Mom for Beliefnet.com, and reviews movies and DVDs every week for radio stations across the US and Canada. She has been profiled in the Washington Post, the Chicago Sun-Times, and the New Yorker. She is also a Washington D.C. lawyer called "the queen of good corporate governance" by Business Week. 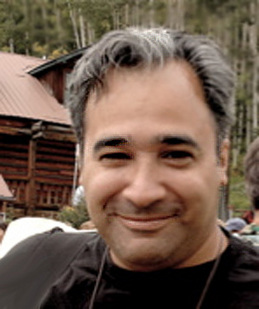 David Poland is creator, co-publisher, and editor-in-chief of Movie City News, a leading film news aggregation and original content site for eight years. As a critic and industry analyst, he has been writing in depth about film for over a decade, currently on The Hot Blog, which evolved out of a decade-long run of his daily column, The Hot Button. Poland also produces and presents over 150 episodes of DP/30 each year. The 30 minute interview program, which runs exclusively on the web, features actors, directors, writers, and other filmmaking talent.

David Poland, also a frequent Ebertfest participant, is proprietor of Movie City News, an important industry site where the Oscar predictions by the Gurus o' Gold are closely followed.

Chaz Ebert practiced in Chicago as a trial attorney and litigator before she married Roger in 1992. She has degrees from the College of Dubuque, the University of Wisconsin and the DePaul Law School. She has been vice president of the Ebert Company since 1992, and now heads Ebert Productions. Her daughter, Sonia Evans, will be a supervising producer on the show, and previously worked in Los Angeles as a VP of development for Spicerack productions and a production associate for ABC Studios. 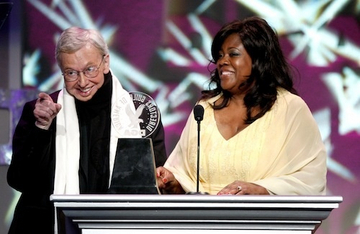 The veteran director Don DuPree worked in in Baltimore as Oprah Winfrey's first director, and later was a news director for the NBC and CBS stations in Chicago. The staff also includes Sara Martin, associate producer, who began as an intern at Ebert & Roeper and has since worked at the Chicago International Film Festival as well as being associate producer on ABC/Disney's At the Movies. After growing up in Southern Louisiana, Sara graduated from DePaul University in Radio, TV, and Film.

The new show's web site will be an important component of the program, Ebert said. "It will include material from the show, and a great much more created especially for online. We also hope to host an archive of the shows Gene, Richard Roeper and I, and many guest critics, did since 1976."

Ebert is happy that he met so many of the critics online through his blog, Roger Ebert's Journal, but happier still that the television program led to romance. When Kim Morgan was guesting as one of Roeper's co-hosts, the famed Canadian director Guy Maddin was watching the show. "Guy said he sided with Kim in an argument she had with Richard," Ebert said. "He wrote to her and they discovered they loved the same kinds of classic films. That led to him casting her in some short films, and now--well, they're married."

The new co-host's day job. He co-manages Odd Obsession, an underground and alternatve video site in the Wicker Park neighborhood: