Cannes #5: Even now already is it in the world 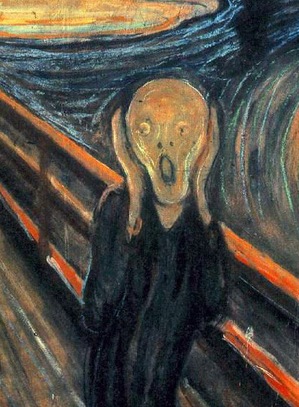 There's electricity in the air. Every seat is filled, even the little fold-down seats at the end of every row. It is the first screening of Lars Von Trier's "Antichrist," and we are ready for anything. We'd better be. Von Trier's film goes beyond malevolence into the monstrous. Never before have a man and woman inflicted more pain upon each other in a movie. We looked in disbelief. There were piteous groans. Sometimes a voice would cry out, "No!" At certain moments there was nervous laughter. When it was all over, we staggered up the aisles. Manohla Dargis, the merry film critic of The New York Times, confided that she left softly singing "That's Entertainment!"

Whether this is a bad, good or great film is entirely beside the point. It is an audacious spit in the eye of society. It says we harbor an undreamed-of capacity for evil. It transforms a psychological treatment into torture undreamed of in the dungeons of history. Torturers might have been capable of such actions, but they would have lacked the imagination. Von Trier is not so much making a film about violence as making a film to inflict violence upon us, perhaps as a salutary experience. It's been reported that he suffered from depression during and after the film. You can tell. This is the most despairing film I've ever have seen.

If, as they say, you are not prepared for "disturbing images," I advise you to just just stop reading now.

The film involves a couple, He and She, whose infant child falls out a window and smashes to the pavement while they are making explicit love. They feel devastating grief. He, a psychologist, takes She off medications, and they go to live in their secluded hideaway in the forest, a cottage named Eden.

He subjects her to probing questions and the discussion of the Meaning of it All, which must affect her like a needle stab to an inflamed tooth. He is quite intelligent and insightful, and brings passive aggression to a brutally intimate level. Then she wounds him, and while he's unconscious she drills a hole through his leg and bolts a grindstone to it. He drags himself into the forest and tries to hide in an animal burrow. She finds him, and pounds him with a shovel to force him deeper. Then she tries to bury him alive. I won't mention two gruesome scenes involving the genital areas. 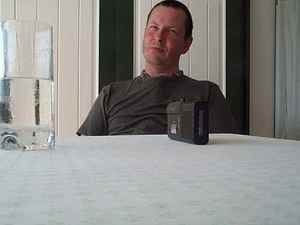 What does this metaphor (with a Prologue, an Epilogue and Four Chapters) mean? The dinner conversations all over town must not have been appetizing. Some read it this way: Perhaps the world began with man evil instead of good, guilty instead of innocent. That the Garden of Eden was visited by the Antichrist, not the Lord. That man's Original Sin was not eating from the Tree of Knowledge, but not vomiting forth knowledge and purging himself.

All for this will be discussed at great length. What can be said is that von Trier, after what many found the agonizing boredom of his previous Cannes films "Dogville" and "Manderlay," has made a film that is not boring. Unendurable, perhaps, but not boring. For relief I am looking forward to the overnight reviews of those who think they can explain exactly what it means. In this case, perhaps, a film should not mean, but be.

You see strangely assorted films all in a row here. The first eight Cannes films I've seen have been: (a) a Pixar animated comedy about a man who ties balloons to his house and floats into the rain forest; (b) a film about the young love of the doomed John Keats; (c) a devastating African-American drama about an abused fat girl; (d) a Korean film about a mother defending her dim-witted son against a murder charge; (e) a Filipino film with 45 minutes of an impossible-to-see, too-loud-to-listen to kidnapping; (f) a Hong Kong film about a French chef's violent revenge; (g) a French bourgeois family drama about a bankrupt movie producer, and (h) "Antichrist." First thing tomorrow, the new Almodovar film, about a film director who loses his eyesight and the love of his life. At least there will be Penelope Cruz to look at, if only he could see her.

Cannes has always cast a wide net. It was here I first began to learn more about violent Asian films that were not "chop-socky" trash but in fact polished genre exercises with their own auteurs. After seeing my first Takeshi Kitano film in the awesome Lumiere, I began to suspect he might become one of my favorite directors. The legions of Western fans for Hong Kong films, in particular, may have Cannes to thank.

Speaking of Western fans, this morning I saw a classic Western named "Vengeance." There were certain parallels with Clint Eastwood's "Unforgiven;" it had gun-slingers striding down streets deserted by the townspeople, and a score (guitars and lonely flutes) that Sergio Leone might have envied. Was this film set in Durango or Tombstone? No, it was set in modern-day Macao, the Las Vegas of China. Was the hero played by Eastwood? No, he was played by the 65-year-old Johnny Hallyday, known as "the French Elvis." Who was the hero of this Western? Was he named Slade or Cain or Shane? No, he had a good French name, Costello. Who was the film directed by? Johnnie To, who has also made "The Heroic Trio," "My Left Eye Sees Ghosts," "Running on Karma," and 46 other films since 1986. 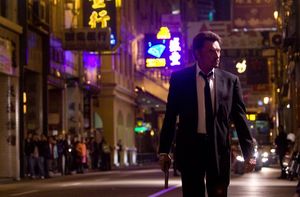 This was really a good film. The plot is off the shelf: Costello's family is murdered, and he vows revenge. But the twists, now, that's where the pleasure comes. And the acting, dead serious and low key, but with some jovial fat men allowed. And a stunning visual sense. And pacing that made it compulsively watchable--just the curative for me after the previous evening's excruciating "Kinatay."

This is not the place for my review. Let me just mention two details. If you know Johnny Hallyday, picture him standing over a dying crime boss in the street. He has plugged him with about a dozen rounds. And before firing a final fatal round, he thoughtfully and quite seriously observes, "that's your coat."

And then imagine a gunfight in a vast open field, seen from a high angle. Three men surrounded by enemies. The field containing for some reasons tightly-compacted bales of waste newsprint, almost as high as a man. The three in the center using three bales as cover. The dozens around advancing in a wall of forward-tumbling bales, and firing from behind them. Words do not convey the macabre visual effect of this scene.

The film involves professional killers quite prepared to sacrifice their lives for their values. No, not for their criminal code. For their deep human values. They are craftsmen who respect their work. They will perform it well and faithfully even if the man who hired them knows nothing of it, and is away playing with some little children on the beach. These are values that could come from...a Western. And recall that the Western began with Greek drama.

Johnny Hallyday in the "Vengeance" trailer.