"Youth" is a bombastic dramatic-comedy about emotions that are, to paraphrase Editor-in-Chief Matt Zoller Seitz, small enough to fit in the palm of your hand. Small gestures and inconsequential routines are routinely given momentous importance because ultimately, no one character is more wise than anyone else. "Youth" is, in that sense, an anti-elegiac film where characters mull over commonplace emotions—self-love, pride, survivor's guilt—but ultimately realize that their perspectives are limited by their individual circumstances.

Co-writer/director Paolo Sorrentino ("The Great Beauty," "This Must Be the Place") leaves viewers with the certainty that they not only know as much as the characters played by Michael Caine, Harvey Keitel, Paul Dano, and Rachel Weisz play, but probably more. There's great comfort in reaching that conclusion: "Youth" climaxes with a beautiful, heart-breaking operatic medley entitled "Simple Songs." The piece's orchestration, like its lyrics—"I've got a feeling. I live near. I live for you now."—is not remarkable unto itself. But the wealth of emotions that soprano singer Sumi Jo conveys through her heart-breaking performance confirms the deceptive power of "Youth," a big film about small sentiments.

Retirement has not bestowed magical gifts of hindsight to music composer Fred Ballinger (Caine). There is, however, an unquestionably romantic appeal to his solitude. Ballinger, like Mick Boyle (Keitel), a washed-up filmmaker and fellow self-sequestered exile, trundles through wild-flower-riddled, sun-dappled grassy fields at a Swiss spa. Fred shoos away appointments and offers made to him through daughter Lena (Weisz) and entertains hangers-on like jaded young actor Jimmy Tree (Dano) with pained bemusement. Fred sees Mick struggling with a comeback project—a script whose ending never seems satisfactorily profound—and feels better about turning down the Queen of England's invitation to perform his "Simple Songs" for the Prince. Life holds no mystery for Fred, and he's ok with that.

Sorrentino infrequently stumbles over one bald metaphor too many, like when Fred dismisses a Buddhist monk because he knows "[he] can't levitate" by sheer force of concentration/meditation. But more often than not, the strength of "Youth" comes from the isolated nature of its major set pieces. There are common themes that unite the film's quasi-Fellini-esque episodes, like the elderly couple who never talk at dinner, or the Miss Universe pageant winner who turns out to be smarter than she looks. But each imagistic sequence in "Youth" is like an island that happens to be united to other free-standing islands. Each scene has a life of its own.

In this way, Sorrentino allows viewers to enjoy Fred's cynical outlook without necessarily having to see the reason of it. He spends his days wondering if he'll take a piss, struggling to remember if he slept with a high school sweetheart, and watching everybody mess up around him. Characters state their gripes, their self-absorbed observations, and their thunderous pronouncements.

But few individual scenes feel like definitive, self-serious authorial testaments. These are the stray thoughts of characters on holiday, no matter how self-important, nor how frank. After all, how can one agree or disagree with Fred when he opines that "Levity is a perversion," or that "All left-handed people are irregular"? More often than not, "Youth" rejects the notion that all metaphors are created equally, like when Fred rolls his eyes at Mick and facetiously praises him for being "quite the magician of metaphor." More often than not, people talk in "Youth" for the sake of hearing themselves think.

This leaves much of the film's heavy-lifting in the hands of its capable cast, and Luca Bigazzi, Sorrentino's regular cinematographer. You have to feel the emotion in Caine's quavering voice, sullen facial expression, and placid body language to fully appreciate Fred's meaning when he says he composed his music "while I yet loved." Sorrentino is a dedicated (albeit ostentatious) sensualist, so the meaning of his images are inscribed on their surface. Weisz and Jane Fonda, who plays a weary, but brutally honest former colleague of Mick's, go far with dialogue-driven scenes.

But more often than not, "Youth" resonates because of Sorrentino and Bigazzi's typically fruitful collaboration. They invest a romantic, playful melancholy in their film's idyllic, secluded Swiss location, which allows their cast the freedom to disappear, wander, or pace about their characters' lavishly-realized set as if it were an elaborate menagerie. Their characters similarly circle profundity, but never quite own it.

And at some point, every character in "Youth" falls out of love with the way of seeing the world. That kind of anti-epiphany is major—not on a universal, but rather a personal scale. People age, lust after youth and try to become comfortable with their own vanities, and shortcomings. "Youth" charms you by simply acknowledging that saying something profound is just another stage in the never-ending process of finding meaning in everyday life. 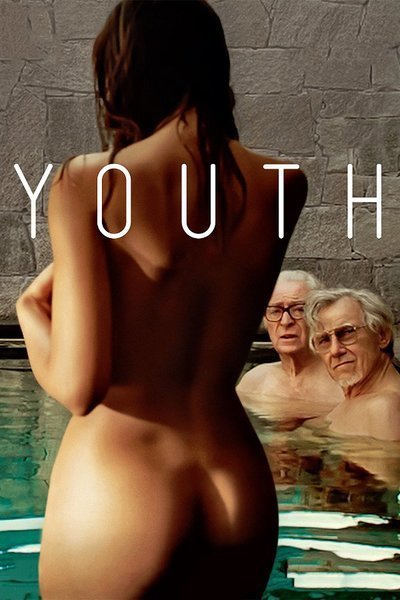 Rated R for graphic nudity, some sexuality, and language.

Paloma Faith as Herself