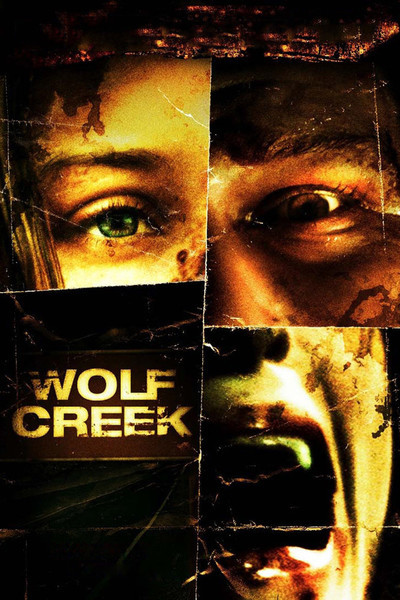 I had a hard time watching "Wolf Creek." It is a film with one clear purpose: To establish the commercial credentials of its director by showing his skill at depicting the brutal tracking, torture and mutilation of screaming young women. When the killer severs the spine of one of his victims and calls her "a head on a stick," I wanted to walk out of the theater and keep on walking.

It has an 82 percent "fresh" reading over at the Tomatometer. "Bound to give even the most seasoned thriller seeker nightmares" (Hollywood Reporter). "Will have Wes Craven bowing his head in shame" (Clint Morris). "Must be giving Australia's Outback tourism industry a bad case of heartburn" (Laura Clifford). "Vicious torrent of bloodletting. What more can we want?" (Harvey Karten). One critic who didn't like it was Matthew Leyland of the BBC: "The film's preference for female suffering gives it a misogynist undertow that's even more unsettling than the gore."

A "misogynist" is someone who hates women. I'm explaining that because most people who hate women don't know the word. I went to the Rotten Tomatoes roundup of critics not for tips for my own review, but hoping that someone somewhere simply said, "Made me want to vomit and cry at the same time."

I like horror films. Horror movies, even extreme ones, function primarily by scaring us or intriguing us. Consider "Three ... Extremes" recently. "Wolf Creek" is more like the guy at the carnival sideshow who bites off chicken heads. No fun for us, no fun for the guy, no fun for the chicken. In the case of this film, it's fun for the guy.

I know, I know, my job as a critic is to praise the director for showing low budget filmmaking skills and creating a tense atmosphere and evoking emptiness and menace in the outback, blah, blah. But in telling a story like this, the better he is, the worse the experience. Perhaps his job as a director is to make a movie I can sit through without dismay. To laugh through the movie, as midnight audiences are sometimes invited to do, is to suggest you are dehumanized, unevolved or a slackwit. To read blase speculation about the movie's effect on tourism makes me want to scream like Jerry Lewis: Wake up, lady!

There is a line and this movie crosses it. I don't know where the line is, but it's way north of "Wolf Creek." There is a role for violence in film, but what the hell is the purpose of this sadistic celebration of pain and cruelty? The theaters are crowded right now with wonderful, thrilling, funny, warm-hearted, dramatic, artistic, inspiring, entertaining movies. If anyone you know says this is the one they want to see, my advice is: Don't know that person no more.

Oh, I forgot to mention: The movie doesn't open on Dec. 23, like a lot of the "holiday pictures," but on Christmas Day. Maybe it would be an effective promo to have sneak previews at midnight on Christmas Eve.

The Pain Needs to Mean Something: On Horror and Grief