It was only a matter of time before the “rise and fall” documentary cycle, which has given us stories about Fyre Festival, Von Dutch, WeWork, etc., got around to reckoning with the pale, corny legacy of the clothing brand Abercrombie & Fitch. As was revealed over time, and shared here, there was more grossness behind the company than just how they created uniforms for popular kids in the late '90s and early 2000s who feared self-expression. But while this documentary from Alison Klayman can be insightful in taking us inside a phenomenon, its approach can be too broad, with filmmaking that relies on its own weaning sense of trendiness.

At its best, “White Hot: The Rise & Fall of Abercrombie & Fitch” offers a potent mix of nostalgia and schadenfreude. The opening music cue of the guitar riff of Lit’s “My Own Worst Enemy” slingshots you back to the mall, a location the doc then tries to ruminate on briefly (too briefly) with movie clips (a free-for-all that includes “Mean Girls” and “Observe and Report”). We then get into the scandals that are behind the business that sold openly homoerotic imagery to their desired heteronormative audience, while packaging "all-American, classic" clothes under the definition of explicit whiteness. There was the tyrannical behavior from disgraced CEO Mike Jeffries, who we learn at the beginning refused to comment on the film. His mentality about and obsession with image made the company incredibly successful, and also gave it corrosive popularity. It can be interesting to see how he got it right; it's even more so delicious to see how it fell apart when people started pushing back against his concept of "all-American."

Why tell this story now? The doc sometimes wrestles with that, and you can feel it in the pacing in the first half, despite the quirky visualizations and quick editing. "White Hot" also loses some edge by becoming a piece of disposable doc filmmaking itself—yes, each talking head is introduced as just initially sitting down, preparing for an interview, one of its more weary tropes.

Klayman has a bit more direction when she directs the audience’s desire for outrage on how the company embodied the counter-intuitive approach of exclusionary business practices, showing how their focus on six-pack fascism and predominantly white leadership led to their downfall. Not only were they promoting a certain all-American white power in their ads, but it was how they treated employees of color, leading to lawsuits and a progressively openly toxic image. This is a documentary in which its angle also can be found in its attention to who speaks, and Klayman makes clear her emphasis on the non-white narrative throughout, whether it’s Asian Americans like Phil Yu (the Angry Asian Man blog) commenting on the company’s racist graphic tees, or Samatha Elauf who took a case to the Supreme Court regarding her having a hijab. An important takeaway from this story is that these perspectives certainly always existed, but aside from getting news attention, did not have a type of common outlet until the communities of social media. And with that visibility, the exclusionary practices of businesses have no longer become cool. It’s a great point this documentary doesn’t give enough space to.

“White Hot” gets some of its edge by telling us the gross standards for what was considered appropriate (AKA attractive) in their stores. It's even a bit funny to hear about how employees would be ranked from "Cool" to "Rocks," with their future working hours hanging in the balance. But there seems to be more to be said about how the youth consumer mentality changed after the late ‘90s, including the way that youth cool is now about individuality. (They’d rather wear a shirt that says “FUNGUS” on it than clothing that signals conformity.) A fuller idea of the culture that fed A&F hundreds of millions of dollars, and then ditched that popularity, is a big missing piece.

Should one want to understand the history of Abercrombie & Fitch, and its inner culture, this movie provides such a lesson. It is informative about the ways “mad genius” Jeffries perfected selling sex and popularity to teenagers, taking a brand name that used to specialize in outdoor wear and turning it into American prep. With the on-screen inclusion of a lot of former brains and bods behind the company, it becomes clear how much the company used youth—one woman talks about how there were no copywriters for the graphic tees, it was just whatever young designers came up with. And we get to meet “armpit guy,” one of a few male models whose body was put on shopping bags, and who also clues us into the alleged predatory nature of Bruce Weber, the photographer who created the A&F image. The doc gives us a sense of getting caught up in such a grotesque, racist fashion phenomenon, so much so that when a former employee of A&F Quarterly talks about a shattering realization he had watching Sam Raimi’s “Spider-Man”—that Peter Parker's bully was dressed head to toe in A&F—you can almost understand his surprise. Almost. 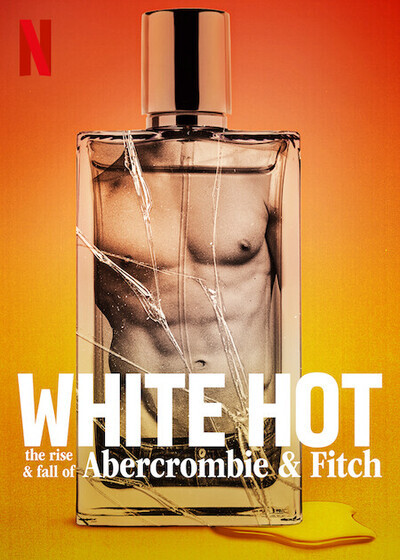 Benjamin O'Keefe as Self