A number of movies at this year’s Toronto International Film Festival come emblazoned with the words “based on a true story.” So far, most of the stories I’ve seen carrying this burden have been based on the lives of criminals. The Argentine thriller “El Angel” follows a teenage serial killer, “Can You Ever Forgive Me?” is about a writer-turned-forger, and “White Boy Rick” dramatizes the saga of a teenager sentenced to life in prison for a nonviolent drug offense.

Before he was a notorious 17-year-old behind bars, Richard Wershe Jr. (Richie Merritt) was a 14-year-old with an uneasy home life. Wershe Jr., christened White Boy Rick by his friends, watched his mom walk out on his their family. His dad, Rick Wershe Sr. (Matthew McConaughey), has a far-off dream of launching a chain of video stores, but for now, settles on wheeling and dealing guns both in legal and illegal ways. Rick’s sister, Dawn (Bel Powley), becomes an addict and leaves their home to run away with her boyfriend. By the time the F.B.I. recruits Rick to feed them information and infiltrate a local gang, it’s almost like a godsend, giving Rick an income and a lifestyle he never could have dreamed of—and a price he never could have imagined.

Within a few short years, Rick will find himself living his best and worst life. He’ll have fathered a child, survived being shot and made thousands of dollars by dealing cocaine—all before the time he could vote or be tried as an adult.

There’s so much at stake in director Yann Demange’s movie. So much of the movie builds up anticipation for the worst-case scenario to crash down on them all, and when that the crescendo finally hits, you too are caught off-guard. Rick gets away with so many crimes, but he also endures so much, like watching his sister sink deeper into drugs and his ne'er-do-well dad struggle to keep them afloat. Newcomer Merritt plays Rick as both a naive boy who pretends to act tough but wants to do the right thing. There’s a clueless innocence in his performance that paints him not as a psychopathic delinquent but as one who believes drug dealing as a way to help his family.

McConaughey and Powley also turn in some great performances alongside Merritt, including one heart-wrenching scene when the family patriarch wrests his strung-out daughter from a ramshackle house as she’s screaming and kicking him to let go. It’s a powerful moment, especially reflected in Rick’s placid face. He immediately looks his age—unaware of what to say or do in this difficult situation.

“White Boy Rick” shares three co-writers: Andy Weiss, Logan and Noah Miller. It attempts to explain some of the disparities in the justice system, including one conversation about the differences between severing “black and white jail time.” There’s a lot in Rick’s story that intersects with the recent discussions about the prison industrial complex as seen in Ava DuVernay’s “13th” or the conversations about minimum sentencing laws, especially when it comes to nonviolent drug offenses.

As we’re also talking about which stories are told and which movies are funded, these problems shown in “White Boy Rick” that largely affect black and brown men in America are being embodied in the popular culture by a white man’s story. Does it mean that his story is any more tragic than those of other men in the same spot? The story follows Rick into the criminal underworld in Detroit, which is almost exclusively shown in the movie as being populated by black men. They are not shown to have families. Fortunately, there is one scene showing Rick’s friendship with the black boys his age growing away from the gang, as they pick up girls and go to the drive-in movie. There’s a weird sense of othering in the way the camera first brings us into the skating rink world where Rick follows the gang. If Rick lived in Detroit, in a majority black neighborhood, this experience shouldn’t feel like such an exotic one. It feels as if his story is being told by an outsider, even though other white men adapted his experiences.

Though it's a well-done family drama, “White Boy Rick” is a half-told story that only lightly incorporates the deeper issues of systemic injustice. The black characters feel shortchanged in comparison to their white co-stars; even Rick’s closest friend, Boo (RJ Cyler), feels unremarkable. Despite these flaws, the performances in the movie are strong: short turns by Bruce Dern, Piper Laurie and Jennifer Jason Leigh feel comedic or exhilarating. Under the cinematography of Tat Radcliffe, “White Boy Rick” hits colorfully grim notes through saturated lighting that seems to stream in through dirty fluorescents or dying street lamps. Together again after their collaboration on “‘71,” Demange and Radcliffe paint a bleak, bleak world for this movie. The real tragedy of “White Boy Rick” is that he’s just one of millions of men who have lost years of his life to the injustice of the system.

This review was originally filed from the Toronto International Film Festival on September 9th, 2018. 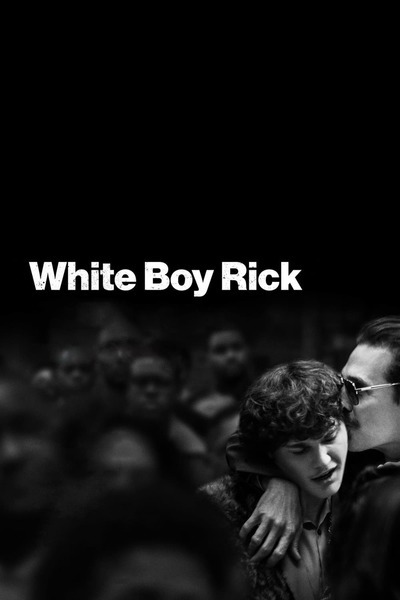