If newspapers are the first draft of history, real-time footage of events is the raw material, for better and worse unfiltered through journalistic principles of fact-checking, attribution, context, and corrections. And for better and worse, that is what makes those images visceral and compelling. There isn't a person who was over 15 years old on June 17, 1994 who doesn't remember the shocking images of former NFL superstar and mega-celebrity O.J. Simpson in a desperate but hopeless effort to evade police custody for charges of murder as he was driven along the Los Angeles freeways in a white Ford Bronco.

That Bronco footage was shot by the husband and wife team of Marika Gerrard and Bob Tur, and the story of their innovative work in shooting breaking story news footage from a helicopter is the subject of "Whirlybird," an often-fascinating, often-frustrating look at their lives, their influence, and their family. The focus of the movie has some of the raw messiness of the images they shot that went straight from their cameras onto the television screens. But then, so does the story they are telling.

"Whirlybird" glances over some of the deeper and more significant elements of the story. Marika says that she spent more time thinking about whether the camera was in focus, and who they could license the footage to, than about what she was filming. We could have used more about how the changes in technology and expansion of news programing from two hours a day to 24/7 shaped the way news was delivered to the audience. For less than a minute, "Whirlybird" touches on how the more lurid and shocking images, sometimes described as the "if it bleeds, it leads" policy of local news programs, contributed to a distorted understanding of race and threats of violence. That's about as much time as it gives to the undeniably interesting if not really relevant connection between the Tur's helicopter pilot Larry Welk and his grandfather, bandleader Lawrence Welk. If a picture is worth a thousand words, live footage of fires and riots as they are happening out-shouts any words that try to explain it. That idea is worth further exploration.

Instead, we spend time on the family dynamics, which take over most of the second part of the film. The first part is about the exhilaration of the Tur's love story, as they fall in love with each other and in love with covering breaking news, the more horrifying or terrifying the better. Those two love stories are completely intertwined as their work occupies every minute of their life. Bob Tur admits he was an adrenaline junkie, always chasing the high (in both senses of the word) of covering the latest fire, earthquake, or riot from the air.

Intensely competitive and under a lot of financial pressure, he kept the scanner going all the time so he could race to get whatever story was happening before any competition. The helicopter did not have to worry about LA traffic or security fences. We see his images of Madonna in her wedding dress, giving him the finger as he shoots her wedding to Sean Penn. We see the broadcast quality home movies he took of the children, Katy Tur (now a broadcast reporter herself) and Jamie Tur (now a doctor), a father coaching his five year old daughter on where to stand when she is doing an interview so she does not block the camera. She says all of her recollections of him from her childhood were of him looking at her through a camera lens. We see a series of images of cops telling him he cannot film what they are doing and we see that he did it anyway, after screaming at them about the rights of reporters. We hear him screaming at Marika, too. There was a lot of screaming.

The helicopter news operation became more successful. And then it didn't. The job kept the couple together. And then it didn't. The film veers away from the story of the news to the story of the family as it breaks apart. Bob Tur is now Zoey, following gender confirmation surgery and hormone treatment. There is a suggestion that Bob's constant rage and need for the adrenaline jolts of capturing breaking news stories were his way of hiding feelings of gender dysphoria from himself and his family, and Zoey tells us that she no longer feels the rage that she did as a male, but without much depth or insight. The issue of the reporter as observer is intriguingly raised. "What you think is great is obviously a tragedy," Marika tells us, remembering her exhilaration at capturing thrilling exclusive images of terrible events. She asks ruefully, "Isn't it ironic that your business depends on violence?"

We do see one story where Bob could not stay behind the camera anymore and became a part of the story himself. We cannot help wishing, as we do so often in watching what passes for news these days, that this story was told with more insight, context, and, well, focus. 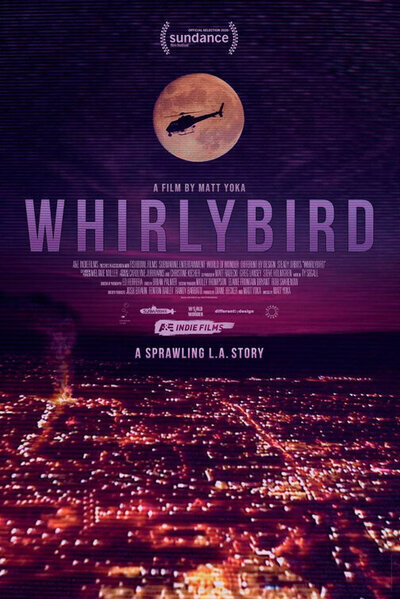 Zoey Tur as Self

Marika Gerrard as Self