“Wendy,” a passion project for Benh Zeitlin, the director who shook Sundance and then the rest of the world with “Beasts of the Southern Wild” almost a decade ago, plays out like listening to someone else tell you about their dream. It clearly means something to its creator, but Zeitlin and his collaborators never quite figured out how to make their vision connect with viewers. What they’ve lived with so long likely has magic in every frame for them, but there’s a reason that films that take this many years to get to screens often come up short—their creators devote so much energy and passion that they get lost in them, unable to step outside and see what’s working and what’s not for people without the same commitment. Other than a few moments of visual beauty and a lovely score, “Wendy” is a repetitive, shallow film, a children’s fable that means way more to the child who dreamed it up than it will to you.

The “Wendy” of the title is actually one you probably know—the young girl who befriends Peter Pan and has adventures with the Lost Boys and Captain Hook in J.M. Barrie’s classic and its many adaptations. Wendy (Devin France) lives with her twin brothers James (Gavin Naquin) and Douglas (Gage Naquin) above a restaurant. In the film’s prologue, a boy named Thomas (Krzysztof Meyn) is celebrating his birthday at the joint with a plate of bacon, as you do, and gets angry as the old folk tell him how he’ll eventually be one of them, working menial jobs and losing their sense of wonder. He breaks emotionally, running out to the passing train outside, and disappearing. A baby Wendy (Tommie Lynn Milazzo) sees a figure on top of the train, imagining Thomas has run off to whatever land of wonder this magical vehicle stops at.

Years later, Wendy and her brothers gather the courage to jump on that train, where they meet a boy named Peter (Yashua Mack) and are taken to an island where children run and play, never aging under the guidance of a mythical underwater creature they call mother. As long as they keep hope and imagination alive, they will never grow old. Even Thomas, looking the same as the day he disappeared, is there. As references to Barrie’s work worm their way into “Wendy,” the kids are forced to fight to keep their youth and protect their mother—you know the kinds of things that would keep children up at night, worrying about what being a grown-up will be like and hoping nothing happens to their mommy.

People who take to “Wendy” will be drawn in by a filmmaking energy that tries to match its youthful cast. As the kids scream and jump and run, the camera swoops and flies with them, accompanied by a majestic score by Dan Romer. There are echoes of Terrence Malick in “Wendy” too, but it’s hard to shake that the film feels most of all like a riff on Zeitlin’s breakthrough. Again, we have people on the edge of society, unknown child actors, magical realism—it seems hard to imagine anyone who didn’t respond to “Beasts” somehow thinking this one works, and even fans of that film may be startled at the repetition.

Zeitlin’s best asset here is actually France, his young lead, who has striking screen confidence and a maturity that makes her seem like a natural leader. He once again draws a good performance from a young actress, but I can’t say the same about most of the rest of the cast. It’s not their fault—it never really is for children—but Zeitlin never quite figured out what he needed from his ensemble, which either blurs together or stands out for the wrong reasons. “Wendy” needed to be a piece in which all of the characters on this magical island stood out, but they become a shapeless form of either youthful energy or miserable old age around our heroine.

Worst of all, “Wendy” lacks any real momentum. The early scenes of Louisiana, shot from a train that goes beyond the “end of the world,” have a grandeur that dissipates as the film naturally gets more narratively driven but in the pursuit of a story that’s just not engaging. The actual plot of “Wendy” is so uninteresting that I wished Zeitlin would have been more surreal and symbolic, diving deep into his imagination a la something like passages from “The Tree of Life” instead of trying to present an actual fairy tale that seems not so much for children—kids will be bored by this movie—but written by one. As one realizes that “Wendy” is actually going to get more plot-driven, it becomes harder to care because it’s just so thin in terms of theme. What’s the point here? Hope keeps you young? I just wish Zeitlin had found a way to embed something that felt more original or daring into his hybrid of “Peter Pan” and “Beasts” than what you can glean from seeing the preview.

“Wendy” is a cautionary tale about what causes sophomore slumps. Creative license after a breakthrough success often leads filmmakers back to works they wrote when they were young—the movie they always dreamed of making or that was turned down by dozens of producers. Complete creative freedom often allows smart people to get caught up in the dreams of their youth. They become like the characters in “Wendy,” unable to see that growing up and leaving behind what captivated you as a kid can actually be a good thing.

This review was filed from the 2020 Sundance Film Festival on January 27th. 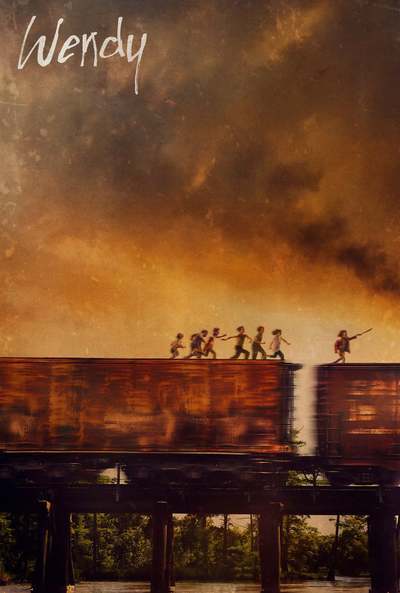