Tara Miele’s film "Wander Darkly" starts with the extremely banal and ordinary. Adrienne (Sienna Miller) and Matteo (Diego Luna) have a newborn baby. They're exhausted. They're not connecting. Adrienne reminds Matteo that it's "date night." He'd forgotten. She's irritated with him for this. They meet up with friends for drinks. Adrienne talks to a male coworker and she's just a little bit too excited about this for Matteo's taste. He gets jealous. He sulks. The couple bicker on the car ride home. It's hard to tell what it is holding these two together. If it's just the baby, then there's definitely trouble ahead. Everything changes for the couple and for the film, when Matteo, turned to look at Adrienne as he drives, careens into the path of oncoming traffic.

The rest of this beautiful film is the opposite of banal, and, in fact, the sheer ordinary-ness of the opening sequence serves to underline the universal truths "Wander Darkly" explores. After the flash of blinding light fills their windscreen, Adrienne wakes up in the hospital. Or, rather, she wakes up, and finds herself standing by her own bedside, looking down at her battered and bloodied body. Fragments of language come to her, as if in a dream. She hears herself pronounced dead. She sees her parents wailing in the waiting room when they get the news. Adrienne chases her own gurney down darkened hallways. There's been a horrible mistake. She just had a baby. She can't be dead. She looks on, in horror, when she sees her mother (the always-excellent Beth Grant) taking care of the child she had with Matteo. What happened to Matteo? Why isn't Matteo caring for the child? Did Matteo abandon ship? Matteo eventually appears in whatever alternate-reality state she is in, and urges her to calm down, to remind herself of their story together as a couple.

The set-up of "Wander Darkly" may call to mind "Ghost," at points, although some of its more unnerving effects are reminiscent of "The Sixth Sense." But "Eternal Sunshine of the Spotless Mind" is a potent connection, particularly in the presentation of memory as a fluctuating and living entity: memory is not "back there," memory is "now." But memories are also unreliable, and Adrienne remember things differently. Matteo and Adrienne wander in and out of their memories, and they re-enact the memories, while simultaneously discussing them. It's such a poignant approach. It mirrors how the brain works, and how memories operate: time collapses, there's no object permanence, memories overtake the senses, locations collapse. Adrienne moves from one memory into the next, quite literally, walking through a doorway in her home and finding herself in another location altogether. Different worlds and times encroach on the current moment: at one point, Adrienne stands in Matteo's woodworking garage, thinking back to their trip to visit his family in Mexico. She looks down at the cement floor, and sees ocean waves lapping against her feet. This is all done with practical effects, and barely any CGI-flashery. Similar to "Eternal Sunshine," this gives the often-unreal story a sense of tactile reality.

"Wander Darkly" is not some misty-eyed golden-hued stroll down memory lane. The title of the film is eloquent. Darkness threatens every moment. Adrienne has the distinct impression of being stalked, hunted, by a dark hooded figure, presumably Death itself. There are sequences when everyday reality seems to have been re-asserted, and Matteo and Adrienne are both back on the same plane of existence. But spooky glimpses of another world, of banal objects acting strangely—the digital clock in the car—threaten to derail Adrienne's complacency that the nightmare is behind her.

An interesting thing happens as "Wander Darkly" progresses, and this speaks well to Miele's script, as well as Miller's and Luna's impassioned realistic performances. The opening scene showed a frazzled couple bickering about boring things. As the two re-inhabit their memories, basically re-building their shared past, both characters slowly take on three-dimensionality, shading in a piece here, a fragment there. By the end, you understand what holds the couple together. You feel the love they have for one another. You feel what they have been through. The first scene, then, is not just a prosaic set-up for all that follows, but a presentation of how tragic it would be to be ripped from this life in the middle of a banal argument! How much would you want to take that back!

This is the human condition and none of us can escape it. This has never been captured better than in Emily's monologue at the end of Thornton Wilder's Our Town. Emily, who died in childbirth, is allowed to re-live just one day of her life, but quickly begs to return to her grave because "It goes so fast. We don’t have time to look at one another." When Emily says good-bye to life, it strikes me that the things she mentions are not huge and glorious things, or abstract concepts, but the mundane things, everyday objects, the banal:

Wait! One more look. Good-bye, Good-bye world. Good-bye, Grover’s Corners ... Good-bye to clocks ticking ... and Mama’s sunflowers. And food and coffee. And new ironed dresses and hot baths ... and sleeping and waking up. Oh, earth, you are too wonderful for anybody to realize you. Do any human beings ever realize life while they live it—every, every minute?

"Wander Darkly" is not perfect—the memory of Matteo's brief infidelity unfurls like the half-baked movie cliche that it is—but at its very best it captures Emily's mournful and loving good-bye to life, as well as her urgent reminder to try, try to "realize life" while we live it. 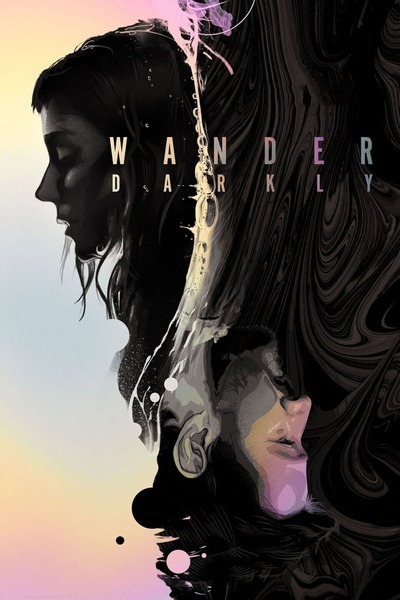 Rated R for language and some sexual content/nudity.