For much of its overlong running time, “Waiting for Bojangles” depicts mental illness as an adorable personality quirk, a source of good-time party vibes, even a glamorous quality. Then, once this frothy French romance evolves into a more serious drama, it turns turgid, causing a jarring tonal shift.

And yet, in the midst of all this mayhem, director Regis Roinsard draws charismatic, committed performances from his stars, Romain Duris and Virginie Efira, as a couple caught up in a tumultuous love. Following bold work over the past few years in “Benedetta” and “Sybil,” Efira is on an exciting roll, with an electrifying screen presence reminiscent of Gena Rowlands. She remains watchable throughout.

“Waiting for Bojangles” does have promise, starting from its effervescent opening sequence. In a long, single take, Roinsard follows Duris’ rakishly charming Georges as he smiles and lies his way through a fancy party on a Riviera patio in 1958, downing glass after glass of champagne and telling one tall tale after another. Georges also spies Efira’s strikingly beautiful Camille, dancing dramatically by herself, and is smitten. Their flirtatious, sun-drenched tango feels like old-fashioned fun.

But it becomes clear, as they quickly fall in love and get married, that Camille is troubled. The fact that Georges calls her by so many other names, from Antoinette to Marlene to Olga, is a playful recurring bit but it also seems likely to worsen her instability. She even flat-out tells him as an early warning: “I’m either happy or sad, never serene.” He doesn’t mind: “I am bad faith made flesh,” he says, in a clever turn of phrase.

Jumping ahead to 1967, Georges and Camille are married and living in a chicly messy Paris apartment. Artfully stacked piles of books and unopened bills clutter the place, and the family’s pet crane wanders about freely (when she’s not walking down the street on a leash). Camille and Georges now have a young son, Gary (Solan Machado Graner), named for Gary Cooper, who likes to dress as a pirate and swap wildly imaginative stories with his mom. Graner is a sensitive actor with a wise presence beyond his years, but so much of the forced wonder in the script, which Roinsard adapted with Romain Compingt, feels incessant and—eventually—oppressive. The use of the song “Mr. Bojangles,” which gives the film its title, also quickly grows tiresome as Camille repeatedly dances to it barefoot in the living room as an expression of her depression. (The costume design is always spectacular, though, the work of Emmanuelle Youchnovski, who dresses Efira in an array of cool, mod dresses and soft, cozy cardigans.)

“Waiting for Bojangles” is based on the novel of the same name by Olivier Bourdeaut. The book is told from Gary’s perspective, which makes the story’s overwhelming sense of whimsy make sense. Of course, everything is magical—including your beautiful, spontaneous mother—when you’re nine years old. But the film’s perspective is omniscient, which makes Camille’s struggles a source of frustration for the viewer. We see what’s really going on with her, and she obviously needs help—why isn’t she getting it?

The family eats spaghetti together on the living room floor for no apparent reason. They submerge themselves in the bathtub fully clothed. And they throw lots and lots of parties. It’s all meant to be wacky but instead is exhausting. In one scene, Camille strides confidently out of the bedroom and down to the sidewalk wearing nothing but pumps and a furry hat, seeking oysters for lunch. Georges’ method of rescuing her from this embarrassing situation feels mawkish and false. Once again, it’s mental illness played uncomfortably for warm laughs.

When that help finally arrives in the film’s second half, “Waiting for Bojangles” becomes a different film, and not necessarily a better one. Georges and Gary break Camille out of a psychiatric institute, where she’s been hosed down and drugged up, in an impish, drunken romp, but the antics are awkward. Later scenes at a Spanish castle are dripping with a kind of seaside melodrama that’s the opposite of the movie’s fizzy opening moments. And that may be the point, but the journey there was a long one, and not necessarily worth the wait. 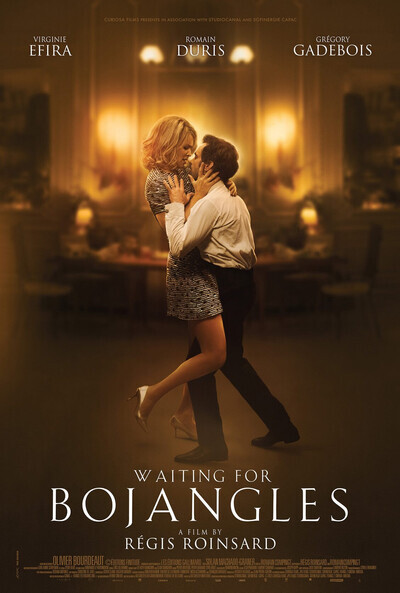