“Video Games: The Movie” doesn’t just preach to the choir, it puts that choir on a pedestal and costumes it in golden robes. First, a personal admittance: I’m a bit of a video game nut. I can vividly remember the first time I played “Super Mario Bros.,” I had Commodore and Atari systems, I played multiple “Zork” games, have owned at least a dozen consoles in my life, and I have written hundreds of video game reviews for a number of outlets, including About.com. It’s important that you not write off criticism of a movie about the history of video games as coming from someone who isn’t in tune with the culture. I’m in tune, man. And I still think “Video Games: The Movie” is a missed opportunity; a documentary that plays too much like fan service, ignoring actual insight or even detailed history of its chosen subject in favor of unapologetic adoration. Video games are great! OK, where do we go from there?

Writer/director Jeff Snead sets up his nostalgic approach to the material with an opening credits sequence that essentially runs from “Pong” to the 2013 games that launched new systems like the Playstation 4 and Xbox One. You can almost hear fans calling out the characters—“Link!” “Mario!” “Megaman!” “Lara Croft”—on this visual journey through the development of the form. “Video Games: The Movie” is steeped in nostalgia. Seeing old Playstation commercials of Crash Bandicoot harassing Nintendo offices or the original ads for the infamously horrible tie-in with “E.T.: The Extra-Terrestrial” have inherent nostalgic value but Snead seems more interested in them then the actual history of the form. He’s more excited by reliving the signposts than revealing how the road got paved or where it’s going.

Snead didn’t have too much difficulty getting a few luminaries of video game culture, both celebrities who have been vocal fans and game designers themselves, to discuss what they love about games from “Burger Time” to “Metal Gear Solid.” Sean Astin narrates the doc and Snead intercuts memories of video games past from Wil Wheaton, Zach Braff, Donald Faison, Max Landis, and more. He also got some time with pioneers like Peter Molyneux and Hideo Kojima but doesn’t allow them nearly enough time in front of the camera. Molyneux talking about the “art debate,” which Roger so infamously joined here, is enough conversational material for at least half an hour but Snead moves on quickly. “Video Games: The Movie” has the same attention deficit disorder as our parents’ generation claimed those harmless-looking Nintendo cartridges would give us. Maybe they were right.

Lest you think there’s any exaggeration regarding the fan service and self-importance of “Video Games: The Movie,” you should know that the film includes quotes by Gandhi and JFK. This is the context in which video games are placed. And when Snead gets to actual issues like the art debate, the impact of games on violence, the idea that Facebook is actually a video game, and, worst of all, the online community, he can’t concentrate on any of them long enough to register. The online stuff is particularly nauseating in that Snead frames online gaming as a major step in human evolution, ignoring any possible criticisms like the loss of productivity or the bullying and downright vile language/behavior that often happens in the online world. I’m an online gamer. I love it. But you’d learn more about the communities that sprout up around games by watching “The King of Kong: A Fistful of Quarters” than what plays like an infomercial for Playstation Plus.

“Video Games: The Movie” actually turns it around in the final third as Snead finally allows for some serious discussion of the current state of the industry. I think the history of video games were too much of a nostalgic treat for him to avoid but his film finally loses the sugar rush when it comes to the present and future. The film gets into the process behind masterpieces like “The Last of Us,” discussing the importance of authorship on the part of the gamer and just how many moving parts have to click into place to make a great game. Personally, I think we’re in an amazing time for video games and that they will only become a deeper, more rewarding part of our entertainment culture. But I thought that before the movie too. 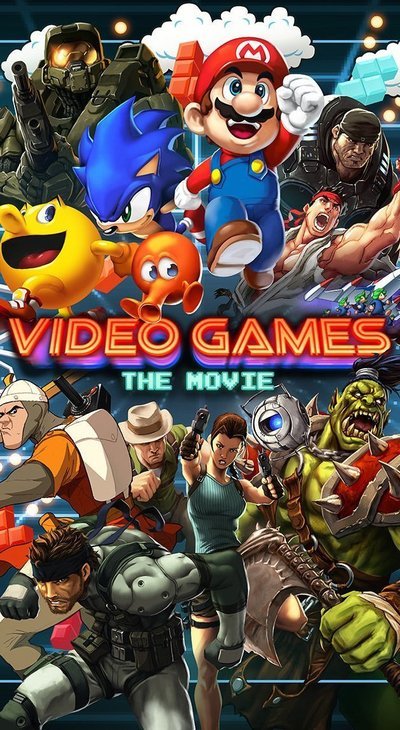