“Victoria” is a breathtaking technical accomplishment. It’s right there in the tagline—“One City. One Night. One Take.” For 138 minutes, Sebastian Schipper and his cast filmed the entirety of “Victoria,” reportedly only doing the entire piece a few times and picking the best one. In other words, there are no “cheats” here. No hidden cuts when a door closes or someone walks by a suspicious wall. It is literally one take, and it takes place all over Berlin, at night, even developing into an intense action movie. Sadly, the second half of “Victoria” isn’t as breathtaking as the first, as characters are forced to make some unbelievably dumb decisions just to fit into the one-take structure, almost leading one to question if there isn’t a better version of “Victoria” that allowed for two or three takes.

The best thing about “Victoria” isn’t actually its technical prowess—it’s the lead performance from the mesmerizing Laia Costa as the title character. She holds the camera from first frame to last as Schipper doesn’t leave her perspective on what will surely be one of the most unforgettable nights of this young woman’s life. Victoria is on holiday in Berlin. We meet her clubbing in one of the major city's many hotspots—an underground dance hall with no windows. On her way out, likely to another club, Victoria meets a quartet of guys, and they naturally take notice of this vibrant, beautiful young lady. Sonne (Frederick Lau) strikes up a flirtation, and the first half of “Victoria” actually plays more like one of Richard Linklater’s “Before” movies than one might expect. Victoria and Sonne do a lot of walking and talking, Sebastian Schipper and cinematography Sturla Brandth Grovlen’s camera circling around this likable pair. Their conversations feel heartfelt and genuine, particularly one in a closed café at right around the hour mark.

And that’s where “Victoria” turns a corner. One of the guys in Sonne’s group ends up getting drunk enough to essentially become useless, and we learn that these guys have some unexpected plans for the evening. Rather surprisingly, “Victoria” becomes a heist film as our quiet protagonist has to become a getaway driver. Schipper’s camera movements get more hectic, the film gets more impatient, and it essentially turns into an action film. It’s interesting to watch how even in a one-take film, form impacts content. There’s no room for editing, but choices are still being made here, as the form often mimics the mood. It’s jubilant and fluid in club scenes; panicked and shaky when that reflects the character’s state of being. The camera itself becomes a character in “Victoria,” someone else on the journey of this unforgettable night. It doesn’t so much feel like we’re reflecting Victoria’s perspective as much as we’re another member of the party, someone who doesn’t want to leave our heroine alone in this dangerous city.

Costa is simply perfect here. Watch the way her eyes convey the emotion of the moment, whether or not it’s in the cautious flirtation with Sonne or the fear of the second act. She’s often an observer to the insanity of what’s going on around her, and she does so much internally, embodying the character in ways that were likely dictated by the form. She’s not allowed the escape of setting up another shot or altering performance over multiple takes. It makes for a deeply honest, genuine performance.

Sadly, the film kind of lets her down at a certain point. The pace sags significantly at around the 90-minute mark and never quite recovers from it with 48 minutes to spare. Like a lot of nights out on the town in major cities in our twenties, it goes on just a bit too long, getting exhausting before it’s over. And yet it’s easy to remember and focus on the highlights, which are plentiful for at least the running time of an average movie. If anything, the greatest accomplishment of “Victoria” is that you stop wondering how it was done and experience the characters and their incredible journey. It becomes less a movie about one take and more a movie about one character. 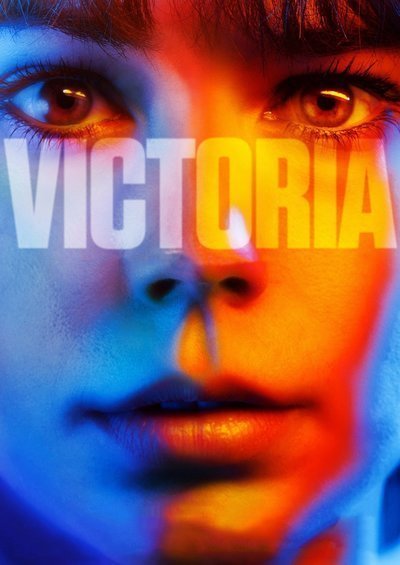