The first feature by co-writer/director Raj Amit Kumar begins by throwing the viewer into a seemingly random series of events, set in India and in the United States—Delhi and New York City to be specific. Kumar’s a pretty busy (I presume he’d prefer the term “dynamic”) cinematic storyteller. So between the multiple characters, fast-shifting settings (an artist’s studio with a nude female painter stalking around it, the TKTS plaza at Times Square, a backyard barbecue, a changing room for a woman prepping for a wedding, and so on) and eye-opening action (why is the woman prepping for a wedding suddenly playing with that gun, depicted in quick cuts showing her brandishing it in a variety of ways, including, whoa!, putting it in her own mouth?), he builds up plenty of intrigue right away. At least one wants to figure out who these characters are, and how their stories are connected.

Eventually who the characters are becomes clear, as does their lack of connection except by way of the concept so inelegantly put forward by the movie’s title. The New York-based story finds a fundamentalist who’s come in from Pakistan and is assigned by sleeper ops to kidnap a Muslim cleric who preaches an anti-extremist perspective. In India, a young woman forced into an arranged marriage pines for her lesbian lover, the aforementioned nude artist, and takes radical action to be reunited with her, part of which includes turning the aforementioned gun on a male lover of the artist.

These storylines are not just intercut with some showy correspondences (a New York highway becomes a Delhi road in the flick of an edit) but are interspersed with flashbacks, fantasy sequences, and more. Dialogue is presented out of sync and used to push the visual action forward in time. Kumar has a very evident command of a lot of filmmaking techniques. He’s clearly pretty passionate about the stories he wants to tell. But as the film goes on, the stories become ever more…well, “far-fetched” isn’t a sufficient term to describe what they become. The kidnapping plotline in particular takes twists and turns that are extremely overbaked, and once the extremist has got his battered victim back in a cozy brownstone, and has got the cleric, his young wife, and their young son all taped down to various household surface, the movie ventures into the realm of pure grindhouse sadism. It’s borderline reprehensible, in spite of Kumar’s intentions. Illuminating the depradations of a self-styled jihadist is one thing; holding the viewer by the back of the head and shoving his face into a welter of simulated blood is another, and it’s not a strategy that’s likely to build a lot of viewer goodwill. Similarly, the sad end of the Delhi plotline is a jailhouse scene in which a defied father gives tacit approval to something no patriarch should ever permit is not presented as explicitly, but still has an emphasis one can only describe as morbid. Do such outrages happen in real life? Of course they do, and they’re awful, but their representation in this work is so willfully heavy handed that coherence of any kind—artistic, dramatic, ideological—finds no bearing. As accomplished and committed as most of the cast is, one doesn’t so much find affinity with the characters they play as feel bad that they were compelled to enact such ugly movements. 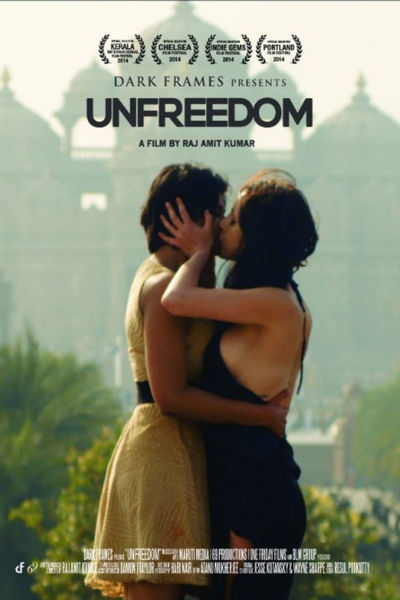