The fourth film in the “Transformers” series, an at least partial “reboot” as they call it, because although it’s part of a continuity it dispenses with all the characters from the previous films (and hasn’t it been lovely seeing the good use to which Shia LaBoeuf has been putting his resultant free time) is a spectacular visual and aural experience. It is abundant in the most sophisticated visual effects that the movie industry has to offer, rendering in precisely-engineered 3D all manner of ingeniously designed organic, mechanic, mutated imaginary creatures enacting breakneck action and wreaking large-scale mayhem with relentless impact. And it’s not just the effects that impress: the simulated physical action choreographed and enacted by what must have been legions of stunt people, ranging from Western-style punch-em-outs to martial arts kicks and chops to parkour-style rooftop leaping is clearly executed with conviction and precision, although it is often shot and edited in the style (called “chaos cinema” by some) that renders a lot of what transpires in a kinetic blur. In terms of the technical stuff, the only really crap thing in “Transformers: Age Of Extinction” is the music. Not even the score, really, but rather this one whiny song that comes up every now and then at climactic moments. (Of which there are several.) It might even be one or two different songs, but whatever they are, they sound like indifferent Journey knockoffs and aren’t up to what the rest of the movie delivers.

Of course, like ALMOST every other movie reviewer, I'm not convinced that a two-hour-and-forty minute toy commercial elaborately disguising itself as a movie is something to celebrate. Hence, I'm obliged to point out that all this moviemaking expertise is put in the service of a sci-fi concept that is, for lack of a better word, infantile. The movie takes place a couple of years after the end of 2011’s “Transformers: Dark of the Moon,” but there have been some changes made; despite the alien-robot-truck-thingies having saved the world, the U.S. government is now against all bots because they wrecked Chicago in the process, so now we’ve got Kelsey Grammer as a secretive C.I.A. powerhouse doing a purge on all Transformers—OR IS HE? (There’s a high-tech company run by unctuous Stanley Tucci that may be in on the scheme in a way that will not be unguessable by those with a slight familiarity with Hollywood paranoia tropes.) Then there’s Mark Wahlberg’s hapless Texas inventor/handyman, a widower with a very attractive teenage daughter (I guess the fact that director Michael Bay shifted his obligatory jailbait model role—here it goes to one Nicola Peltz, who might someday get to play the lead in “The Tara Reid Story” if she plays her cards right—from girlfriend to hero-daughter is a sign of maturity?) who inadvertently ends up with Transformer leader Optimus Prime in his garage. The remainder of the narrative is both mind-numbingly convoluted and almost shockingly slack—there’s a moment near the movie’s fifth or sixth action climax set piece that finds Grammer wandering around a Hong Kong pier area and if you read his lips carefully you’ll see he’s saying “What the hell am I doing STILL in this movie?”

Screenwriter Ehren Kruger’s latest additions to the Transformer, ahem, mythology include yet another metallic-looking alien race trolling around Earth’s lower atmosphere in a modular spaceship whose interiors look like something the Quay Brothers would come up with if they were big into meth. There’s also a what-killed-the-dinosaurs prologue that kind of plays like “ ‘Prometheus’ For Dummies” (yes, I know many of you think "Prometheus" itself was already for dummies, but trust me) and pays off in the third or fourth action climax set piece with some fascinating new creatures whose cavalry-to-the-rescue charge down an Asian hill seems nonetheless anticlimactic anyway. The poker-faced way that various and sundry of the cast reflect on the idea that Transformers have “souls” and that this is why humans should be allied with them, is rather confounding; do the filmmakers actually believe in this idea enough to want its audience to believe it, or are they just being unbelievably cynical, and which would be worse if true? Not that the movie gives you much time to think about it. But since it doesn’t give you much time to think about it, why bring up the issue at all? Like I said. Confounding. But not without its thrills. As I’ve said.

Rather than proselytize for or against this motion picture experience—my star rating is as close as I can come to an objective assessment, and I reckon pretty much everybody reading this—especially this far!—made up his or her mind about whether they’re going to see this some time ago, I shall close with two quotes. The first is from the New Testament’s Book of Corinthians: “When I was a child, I spake as a child, I understood as a child, I thought as a child: but when I became a man, I put away childish things.” The second is from the song “Kalamazoo,” by the group Luna, its lyrics by Dean Wareham: “If the war is over/and the monsters have won/if the war is over/I’m gonna have some fun.” 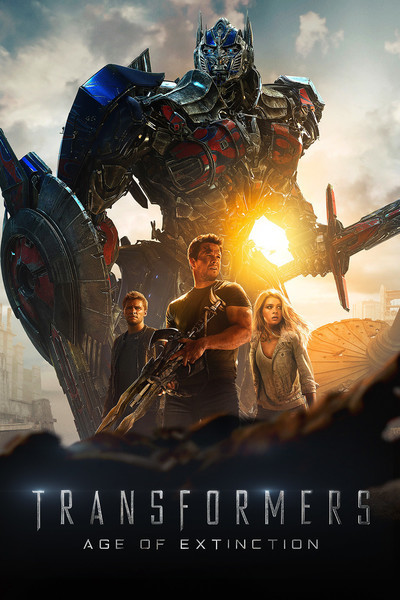