"These guys learn how to fall" -- want to sign up for lessons?

"The Wrestler" is about a man who can do one thing well, and keeps on doing it because of need, weary skill and pride. He wrestles for a living. Pro wrestling is a fake sport, right? Yes, but as an activity, it's pretty real. I watch it on TV with fascination. It's scripted that the villain sneaks up on the hero, who pretends not to see him, and pushes him over the ropes and out of the ring. Fake. But when the hero hits the floor, how fake is that? "Those guys learn how to fall," people tell me. Want to sign up for the lessons?

Mickey Rourke plays the battered, broke, lonely hero, Randy ("The Ram") Robinson. This is the performance of his lifetime, will win him a nomination, may win him the Oscar. Like many great performances, it has an element of truth. Rourke himself was once young and glorious and made the big bucks. He did professional boxing just for the hell of it. He alienated a lot of people. He fell from grace and stardom, but kept working, because he was an actor and that was what he did. Now here is his comeback role, playing Randy the Ram's comeback.

This is Rourke doing astonishing physical acting. He has the physique of a body builder, perhaps thanks to some steroid use, which would also be true of Randy. He gets into the ring and does the work. Rourke may not be physically performing every single thing we see, including the leaps off ropes and ladders and the nasty falls. Special effects have robbed movies of their believability. But I've seen a lot of F/X, and I have to say it looked to me like he was really doing these things.

Not that it matters. It appears that he is, and his ring performances and the punishment he takes supply the bedrock for the story, which involves his damaged relationship with his daughter Stephanie (Evan Rachel Wood) and what he hopes will become a relationship with the stripper Cassidy (Marisa Tomei). Except for his backstage camaraderie with other wrestling old-timers, Randy has burned all his bridges in life. Stephanie is far, far from happy to see him at her door again. And he doesn't quite believe Cassidy, whose real name is Pam, when she carefully explains that she is not available.

Here is the irony, which he won't accept. Cassidy is as much a performer as Randy. He is a ring worker. She is a sex worker. They put on a show and give the customers what they want. It pays the rent. There is always a chasm between pros and their audiences. That's why so many show-biz people marry each other. Magicians say, "The trick is told when the trick is sold." Think about that.

But Randy has grown a little wiser with the years, less blinded by stardom, more able to admit emotional need. Maybe, too, he was using more drugs in those days, and they always take first place before relationships. (He gets a sales pitch from a fellow wrestler who seems to stock more drugs than Walgreens.) Randy has a residual charm and sentimentality, which helps him and also deceives him. He makes some small progress with his daughter.

And as for Cassidy -- have you ever seen Marisa Tomei play a bitch? I haven't. I don't know if she can. She seems to have something good at the heart of her that endows this stripper with warmth and sympathy. Not that Randy should get his hopes up.

The most fascinating element in Darren Aronofsky's film is the backstage detail about wrestling. He does this so well, yet has never made a film even remotely like this before. In the snow and slush of New Jersey, Randy and his opponents make the rounds of shabby union halls, school gyms, community centers and American Legion halls, using whatever they can find for dressing rooms, taping their damaged parts, psyching themselves up and agreeing beforehand on the script. We learn how they make themselves bleed, prepare for violent "surprises," talk through each match. And then they go out and do it. As nearly as I can tell, their planning only means that they get hurt in the ways they expect, and not in unforeseen ways.

I cared as deeply about Randy the Ram as any movie character I've seen this year. I cared about Mickey Rourke, too. The way this role and this film unfold, that almost amounts to the same thing. Rourke may not win the Oscar for best actor. But it would make me feel good to see him up there. It really would.

Note: "The Wrestler" is one of the year's best films. It wasn't on my "best films" list for complicated and boring reasons. 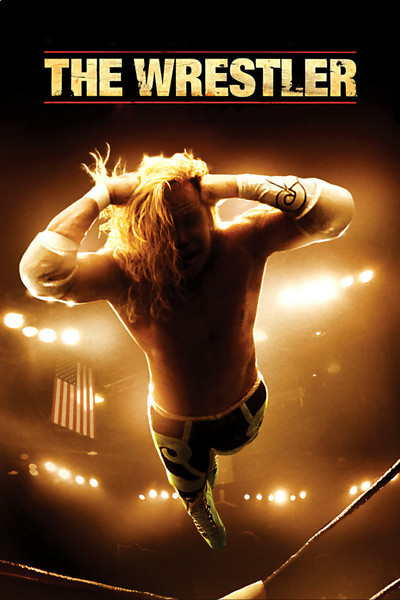 Rated R for violence, sexuality/nudity, language and some drug use