"The Wolverine" dips into the kind of psychological territory that once might have seemed too heavy and ponderous for a summer blockbuster, but now has become the de rigueur approach for deconstructing our childhood heroes like Batman, Spider-Man and Superman.

Yes, the metal-clawed mountain of muscle actually suffers an existential crisis, weighing the benefit of his immortality and getting a taste of what it's like to ache and bleed and weaken without instant healing. Faced with the possibility of trading in his mutant powers, he must consider what's worth living for now (loving a beautiful woman, fighting an untold number of ninjas) and what's waiting for him in the afterlife (loving a beautiful woman, fighting … well, no one).

That's not to say that "The Wolverine" is painfully self-serious. Far from it: Director James Mangold's film features some breathtakingly suspenseful action sequences, exquisite production and costume design and colorful characters, some of whom register more powerfully than others. It has such a strong aesthetic about it, it's almost as if "The Wolverine" functions as its own stand-alone film, rather than as a piece of the "X-Men" mythology.

You don't need to have seen the previous five films in which Hugh Jackman has starred as the brawny lead character, Logan—especially not the disappointing first solo adventure outside the series, 2009's "X-Men Origins: Wolverine." This is a far more successful melding of character, script and imagery—at least until the third act, when it just turns silly and needlessly cartoony.

Whatever the situation, though, Jackman by now is more than comfortable with the role; in his sixth outing, he's intrinsically entwined with the comic-book character, and at age 44, he's more physically fearsome then ever. He could do this in his sleep, but chooses not to.

The script from Mark Bomback ("Unstoppable") and Scott Frank ("The Lookout") is based on a portion of the Marvel Comics series that finds Wolverine in Japan; there, he must find himself by facing his past. The result is yet another eclectic entry in Mangold's mostly solid filmography, which ranges from dramas like "Walk the Line" and "Girl, Interrupted" to his excellent remake of the Western "3:10 to Yuma" to the underrated Tom Cruise action comedy "Knight and Day." (He's also worked with Jackman previously in the unfortunate romance "Kate & Leopold.") The setting and traditions are Eastern, but they're mixed with an old-West sense of virility.

At the film's start, Logan is haunted by the memory not only of his lost love, Jean Grey (an ethereal Famke Janssen, reprising her role from the "X-Men" films in dreams) but also of his time as a prisoner in Nagasaki during World War II. When the atomic bomb dropped, Logan instinctively threw himself on top of a Japanese soldier and saved his life.

Decades later, Logan has secluded himself like an animal in the snowy Yukon wilds while that soldier, Yashida (an elegant Haruhiko Yamanouchi), has become a billionaire industrialist: the most powerful man in Japan. Lying on his deathbed—a high-tech wonder that's seriously the coolest and most comfortable-looking deathbed ever—he sends his frisky and fearless granddaughter, Yukio, to retrieve Logan so he can give him proper thanks. Newcomer Rila Fukushima more than holds her own opposite the veteran Jackman in both the elaborate fight scenes and the quieter moments. With her candy-apple-red tresses and angular, pixieish face, she's manga-inspired dream girl: tough, but sweet.

Logan grudgingly agrees to accompany her so as not to dishonor this great man, but once he arrives at the luxurious cliffside compound, he finds Yashida has a different agenda: Yashida wants to trade for Logan's immortality and allow him an eventual death that will, in theory, bring him peace.

Logan also finds himself in the middle of family politics, becoming the de facto protector of Yashida's other granddaughter, the quiet and sophisticated Mariko (Tao Okamoto), who stands to inherit the entire empire. In a series of sharply staged action sequences—including a prolonged fight atop a speeding bullet train that's just thrilling—Logan must learn how to apply his warrior instincts within the ancient skills and rules of the samurai. Within this process, he may face a couple bad guys too many; they seem to come at him from all sides and sometimes with competing purposes.

The least formidable of these is the dastardly doctor who'd been treating Yashida, played by Russian actress Svetlana Khodchenkova. Despite her slinky demeanor and an increasingly hilarious array of flashy, bad-girl outfits, the performance itself is strangely stiff and seems to have relied on a great deal of post-production dubbing.

Even as things sadly go awry toward the end, though, Jackman remains a formidable force at the center. His Wolverine does not want to charm us with a witty, sardonic aside; he doesn't even care if we like him. A descendant of the Clint Eastwood's legacy, he is quiet, brute force personified, but with a minimum of blood in his violent wake. This is a PG-13 matter of life and death, after all. 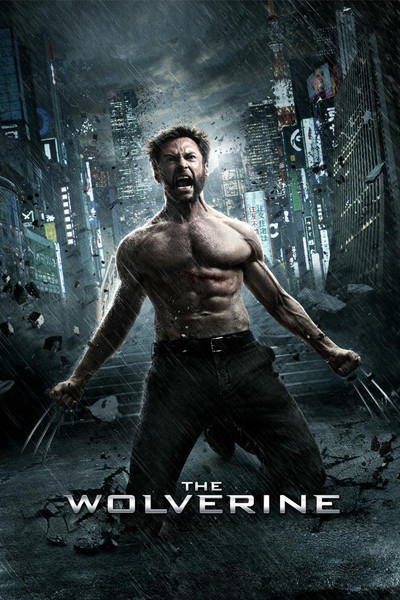