Is it possible to make a respectful exorcist film? The very idea of exploiting Christian faith as a means of further supporting it through supernatural films about demonic and/or Satanic possession seems rather perverse. But the year is 2015, and there have been many prior "The Exorcist" rip-offs that were either too unimaginative or too meek to delve into blasphemous territory in a convincing and/or thoughtful way. For a while, "The Vatican Tapes," a new exorcism horror film helmed by Mark Neveldine (co-director of the "Crank" films, and "Ghost Rider: Spirit of Vengeance"), is just another unimaginative rip-off. The film is littered with sensational little quirks, particularly Neveldine's apparent fascination with star Olivia Taylor Dudley, who plays a demonically-possessed twenty-something. But once the film finally commits to its most unique/craziest ideas, it just ends suddenly. Until then, "The Vatican Tapes" is way too familiar to be effectively unnerving.

Events start predictably, save for the notable stylistic quirk that "The Vatican Tapes," a film whose title suggests a found-footage horror film, was actually frequently shot with the help of a tripod. Angela (Dudley) is possessed. That's what we came here to see, so it's not really a spoiler to say: Angela has got a demon inside her, and neither her gruff dad Roger (Dougray Scott) nor her sensitive boyfriend Pete (John Patrick Amedori) know how to help her. Neither do the police, nor the doctors in the nearby hospital, not even the one psychiatrist (Kathleen Robertson) who tries to get past Angela's defenses to get her to talk about her problems. It's up to Father Lozano (Michael Peña) to fetch the appropriate demon-busting help: Cardinal Bruun (Peter Andersson), a no-nonsense Catholic who was possessed when he was 12 years old, and now fights demons that hide inside otherwise defenseless women's bodies.

You can't take "The Vatican Tapes" seriously outside of the formulaic mold that "The Exorcist" established decades ago. After all, in what other context is it ok for four adult men to sequester a young woman who exhibits all the signs of mental illness, and force her to eat a Eucharist while filming her...right before they chain her to a nearby wall? If you buy a ticket for "The Vatican Tapes," you should be anticipating Angela's transformation into a demonically-possessed entity who speaks fluent Aramaic and sounds suspiciously like Beavis of "Beavis and Butthead" fame. Neveldine and screenwriter Christopher Borrelli take their time getting there, but really, the road to Angela's reluctant meet-up with Cardinal Bruun is like a day trip across Utah: flat, smooth, and largely featureless.

There are some eccentric jolts along the way, including a neat-looking car crash filmed from inside the wrecked vehicle, and a scene of grisly (though largely implied) violence involving two light bulbs. But for the most part, Dudley is the only thing worth hanging on to in "The Vatican Tapes." Dudley's performance isn't interesting unto itself, but Neveldine is constantly trying to find new ways to get viewers to examine her face, as if he were presenting her to a surgery theater, and wanted us to admire the generic features of Possessed Girl #15647. Dudley does impress in one scene where Angela begs Robertson's doc to let her go home, but that scene's impact is ruined by the film's found-footage gimmick, which is otherwise only infrequently used: a spooky CGI image is super-imposed over Dudley's distorted face, making the moment where she shrieks "I want to go home" for the fifth or sixth consecutive time far less devastating.

So by the time "The Vatican Tapes" gets good and freaky, it's way too little, and too late. Where was this unholy amount of energy for the rest of the film's (admittedly brisk) 91-minute runtime? Why couldn't poor supporting actors, like Scott or Peña get a decent role? Peña, who just knocked it out of the park as the comic relief in "Ant-Man," is especially short-changed. His character seems to exist to re-assure Roger that "your faith will see you through" and then worry while Cardinal Bruun tries to do what he thinks must be done...much like Jason Miller did while Max von Sydow went to work in "The Exorcist."

Eventually, you just have to give up on the grace notes that crop up throughout "The Vatican Tapes" and wait for the film's tantalizingly nutty finale. Still, even then, you may ponder such burning questions as: why couldn't somebody who made this film trust their audience enough to know who exactly compromises "The Holy Trinity?" And: why did they use a take where Peña clearly flubs the Lord's Prayer? Or more to the point: whose idea of a fun time is this?

(Ed.-In the original review, the writer noted that all victims of demonic possession sound like Butthead of "Beavis and Butthead" fame. In reality, all demonically possessed waifs sound like Beavis. We regret the error.) 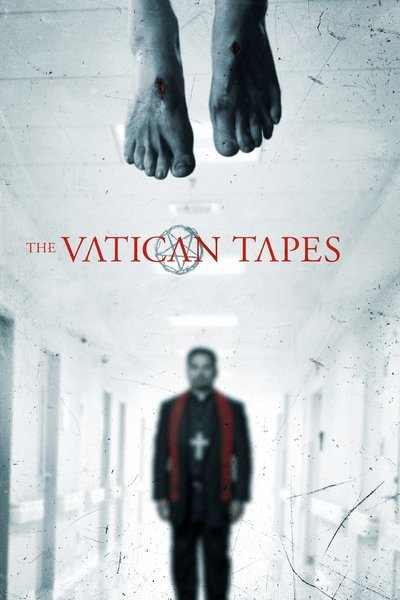 Rated PG-13 for disturbing violent content, and some sexual references