Your indie horror movie loses its underdog credibility when a random cat is used as a jump scare, twice. That’s an unwritten rule I hadn’t realized until “The Unspoken,” an anti-thrilling horror movie that scapegoats its narrower production means to rely on even slimmer narrative imagination. That the story is never scary is the least of its problems, as the production itself brings to question intent, aside from giving select audiences and VOD another title to chew on over Halloween weekend. But with that comparison, “Tyler Perry’s Boo! A Madea Halloween” made me more anxious than anything here.

“The Unspoken” indirectly recalls the parodic films of the Wayans brothers, in that their serious intentions extend to merely representing the genres, while fulfilling character or narrative is second priority. To the fault of co-writer/director Sheldon Wilson’s lack of ideas, “The Unspoken” treats that attitude as the standard, and the results are much less funny—instead it’s a stone serious, desaturated-as-hell story about an infamous, possibly haunted house, an overly nice mother (Pascale Hutton’s Jeanie) who moves into it with her mute young son (Sunny Suljic’s Adrian), and the young woman (Jodelle Ferland’s Angela) who finds herself in the worst babysitting gig in town. While dealing with the odd bumps-in-the-daytime inside the infamous Briar House—the setting for dead bodies and blood 17 years prior—a group of comically aggressive, Disney Channel-ready young male ruffians (led by Anthony Konechny’s Luther) want to attack the house and take the “stash” they left in the basement when the house was abandoned for so long. To put it nicely, “The Unspoken” is an ad-lib horror script, with the most original idea being a character named “Pandy.”

With that low standard of assembly and representation, there’s a huge sense of disingenuous artifice throughout “The Unspoken.” If a horror film is so resigned to cliches, it should at least help viewers forget they’re watching a screen, or worse, a series of shots and sets. But every time “The Unspoken” uses a cheap jump scare or fake-out that ends with Angela waking up from a ghostly nightmare, the cheapness is ever present. Characters are treated similarly, represented by across-the-board with lifeless performances that speak primarily in exposition (often repeating the obvious) and never create that essential core of anxiety. It’s all inconsequential, from the throwaway lesbian relationship between Angela and her female friend Pandy (they share a kiss in two instances, the script has no clue how else to articulate sexual curiosity) to the final shot that nods at a famous New York town that’s the setting of a different, much better horror movie.

There’s something dispiriting in watching a horror movie, one without the same pressures of a mainstream project, resist any chances. You can get characters who freak each other out by simply not announcing their presence in the room—or houses where supernatural spirits like to make random noises and hold doors closed—seemingly anywhere. Creepy kids, Satanic backstories, ominous tree swings are wholesale. “The Unspoken” has a very boring wish to be a generic mainstream horror film, and watching it deflate any indie horror goodwill scene-by-scene is miserable.

Through the smog of laziness, there are a few committed (however minor) details from the production, like the visual of an ominous marble neatly rolling right down the middle of a thin ray of light on the floor, or getting a character to look like he’s fallen face-first into a bed of nails. But these images are nothing more than technical feats, giving “The Unspoken” an idea of how much effort went into something that ultimately achieves zero narrative tension. I can vividly imagine my filmmaker friends telling me about working on a project exactly like this, how long it took to achieve a pivotal shot of a goddamn rolling marble, and then shrugging about it.

"The Unspoken" makes apparent that it is possible to have an eye for a genre, but no vision. There is no means enough finesse in this filmmaking for its story to be so conventional, something that directors like James Wan can get away with through pure directing. If Wilson is trying to prove he can make considerably bland horror, he has succeeded. If he wants to grip an audience with fear, using characters, place and tone to wrap us up in something worth talking about, he has failed awkwardly. 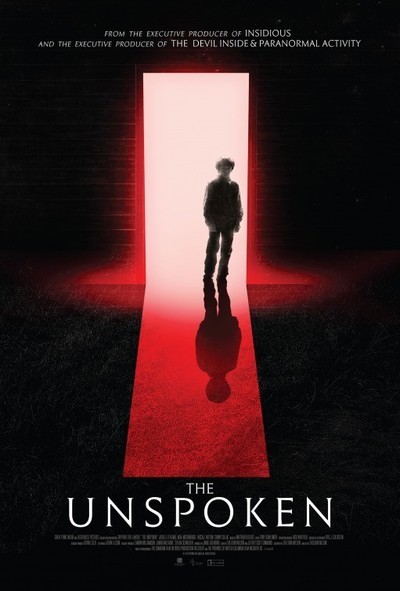