Call it coincidence, fate, or kismet but this month is proving to be an especially fertile one for lovers of truly offbeat cinema. Already in theaters is “Everything Everywhere All at Once,” the astonishing film in which Michelle Yeoh contemplates the mysteries of both her life and the multiverse largely from within the ostensible confines of an IRS office. The next couple of weeks will see the arrival of “The Northman,” Robert Eggers' wild hybrid of “Conan the Barbarian” and “Hamlet” and the much-discussed Nicolas Cage meta-vehicle “The Unbearable Weight of Massive Talent.” Now comes what may be the oddest of them all, “The Tale of King Crab.” This Italian import's title may make it sound like either a kids movie or a cooking documentary, but it proves to be a wild and compelling work that simultaneously evokes the influence of such disparate filmmakers as Terrence Malick, Werner Herzog, and Sergio Leone (not to mention a dash of “Broadway Danny Rose”-era Woody Allen) while still coming across as a fresh and unique cinematic vision.

The film marks the narrative feature debut of documentarians Alessio Rigo de Righi and Matteo Zoppis. Indeed, the opening moments, set in contemporary Tuscia, have a documentary-like feel them as we witness a group of elderly men as they meet up at a lodge for an evening of dinner and swap stories, eventually settling on one that is supposed to have occurred in the nearby town of Vejano at the beginning of the 20th century. The story concerns Luciano (Gabriele Silli), a vagabond with a drinking problem who returns to town, where his father is the local doctor, after a long absence. Almost immediately upon his return, he attracts untoward attention by smashing a gateway that has been closed off by the local prince (Enzo Cucchi) and then adds to his problems by falling in love with Emma (Maria Alexandra Lungu), the daughter of a local farmer (Severino Sperandio), who is outraged by the notion that such a man who dare presume to have anything to do with her. To make matters worse, the prince has designs on Emma as well. Tensions continue to build until Luciano finally explodes in a reckless act that proves to have tragic consequences and which forces him into exile.

The story then abruptly shifts to Patagonia, where Luciano has assumed the identity of a priest whose death he witnessed. Before passing, the priest told him the story of a gold treasure buried somewhere in the area by pirates in the wake of a shipwreck. But the only way to find the precise location is to follow the guiding of a mystical king crab that supposedly knows where it is. Luciano sets off on a journey throughout the forests and mountains of the area in search of the gold, all the while following the path set by the crab that he totes around in a bucket filled with water. At the same time, a group of bandits are in pursuit in the hopes of grabbing the treasure for themselves, leading to an all-but-inevitable final showdown between themselves and Luciano, who is less interested in the gold itself as he is in what it represents—a possible way to return home.

I recognize that my basic description of the plot particulars may make “The Tale of King Crab” sound like a combination of the primitive and the ludicrous, but del Righi and Zoppis have found just the right tone to make the material work. Instead of playing it all for laughs or irony, they employ a narrative style that's direct and unabashed in ways that evoke what we felt as children when we heard stories of Love, Honor, Greed, Betrayal and other primal emotions. As strange as the proceedings get from time to time, they are staged in such a compelling manner that you simply accept them rather than try to find ways to feel superior to the material.

This direct approach is further underscored in a couple of key creative areas. Stylistically, del Righi and Zoppis have retained their filmmaking roots with a documentary-like look that helps ground the material in reality, even when it comes to such potentially outlandish moments as watching the crab slowly eke its way across the terrain in pursuit of the treasure. Additionally, the performances by the almost entirely non-professional cast (the only key cast member with any significant screen acting experience is Lungu, in her first appearance since co-starring in Alice Rohrwacher’s “The Wonders” back in 2014) do an excellent job of finding just the right tone for the material at hand. Silli is especially compelling as Luciano—with his deep voice, penetrating stare, and truly astonishing crop of facial hair, he has a genuinely commanding screen presence that expertly embodies all the various descriptions aimed at his character and which will leave you mesmerized throughout.

Of course, a film like “The Tale of King Crab” may well find resistance from those unable to simply embrace it as both innately human and boldly mythic at the same time. Others may find the shift between the two stories to be a bit of a hiccup as well. (That said, the closest thing that the film has to a flaw is that, despite the introduction of the magical crab, the second half feels a little more familiar and ordinary than the first.) However, those who look to the cinema as a place to observe and embrace bold visions and unique storytelling are likely to find it as fascinating as I did. On the other hand, even if you don’t, it's unlikely you will come out of it complaining that you've seen it all before. 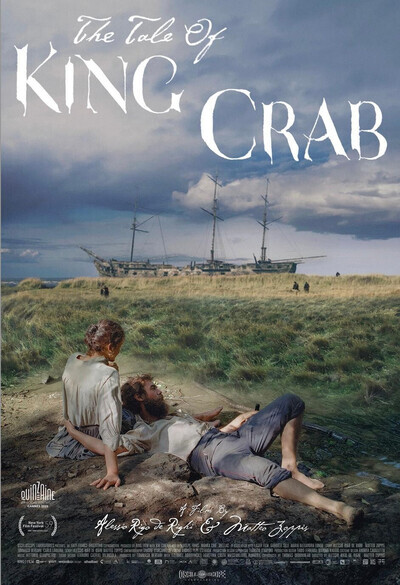