Russian dashcam videos—the ones that show dashboard footage of ridiculous car crashes and random madness on the roads of the Motherland—became popular on the Internet presumably because people enjoy watching chaos from a distance. Mayhem, especially found mayhem, can be genuinely entertaining, and many of these videos honestly live up to their ludicrous, brutal reputation. Of course, there are social and political reasons for the prevalence of dashcams in Russia (a check against widespread insurance fraud and police corruption), as well as for the country’s high rate of car accidents (crumbling infrastructure coupled with nasty winters tend to create poor road conditions), but these videos flatten out all those tangible complications. Queasy implications of layered voyeurism notwithstanding (after all, you are watching a stranger watch real destruction), Russian dashcam videos simply satisfy a broad “football in the groin” desire that many folks, including myself, hold dear.

That might be a protracted justification for entertainment that’s in the same ballpark as, say, Roadrunner cartoons, but it goes a long way of explaining the base appeal of “The Road Movie.” Dmitrii Kalashnikov’s debut feature is a 70-minute compilation of these dashcam videos uploaded to the Internet by Russian citizens. These videos run the gamut from manic car accidents to utterly surreal encounters. Kalashnikov, who serves as the film’s editor, selects videos that have their own internal rhythm, yet they all follow a familiar structure: a calm, then a storm, and then the aftermath. “The Road Movie” operates on a unique tonal wavelength, one that’s both manic and oddly comforting. It may be an anthology of bedlam, but it eventually settles into a calming mode that derives from a director providing his audience exactly what they signed up to watch.

Describing any of the clips in “The Road Movie” at length will inevitably do a great disservice to the experience of actually watching them, especially since they’re predicated upon shock and awe. However, some of the highlights from the film include a drunken joy ride that lands a car in a river (“We are sailing,” one passenger calmly states as the vehicle floats downstream), a humorous yet mundane conversation between a taxi driver and prostitute about fee structure, and a car chase in which the police are downright incapable of quartering their suspect. Each “scene” has its own identity, but when juxtaposed against similar events, they become a tapestry of the absurd.

Maybe it goes without saying, but “The Road Movie” is very funny, albeit in the pitch-black sense. Much of the humor comes from the passengers’ po-faced narration to disorder just outside their window, or casual asides right before an accident, such as when a driver remarks, “Man, it’s not even stylish … to wear a sombrero in the car” just before another car crashes inches away from them. It’s not quite accurate to say that “The Road Movie” demands that you laugh at people’s pain, but it does ask the audience to treat the bizarre with a certain amount of levity, even if the surrounding reality is fairly disturbing.

Kalashnikov opens up a few interpretive pathways with “The Road Movie.” Someone could make the case that the film wryly captures something specific to the Russian character, though I’m struggling to suss what that would be, considering that “road rage,” “recklessness,” and “bystander apathy” are common to Americans as well. Kalashnikov mildly interrogates the nature of unconscious performance in moments of extreme terror. How much are the passengers “acting” for the camera during these scenes? If the camera isn’t pointed at them, does its presence still amplify their behavior? Admittedly, he doesn’t answer these questions, but he foregrounds them to an extent, particularly in scenes that linger on the aftermath of an accident. There are also a couple severe breaks from Kalashnikov’s voyeuristic approach that suggests an attempt to push the viewer from observer to active participant.

Yet, I’d be remiss if I didn’t say that “The Road Movie” works best as spectacle. Kalashnikov’s editing schema, with its thematic rhyming and seamless transitions, elevates “The Road Movie” above supercut status, but it still plays like a greatest hits tape. Frankly, there’s nothing wrong with that. It might be slight, but “The Road Movie” never overstays its welcome and rarely becomes monotonous, which is remarkable given the nature of the beast. It’s designed to provoke laughter and raised eyebrows, and it does exactly that with minimum fuss. Sometimes you want heart, and other times you just want a football in the groin. 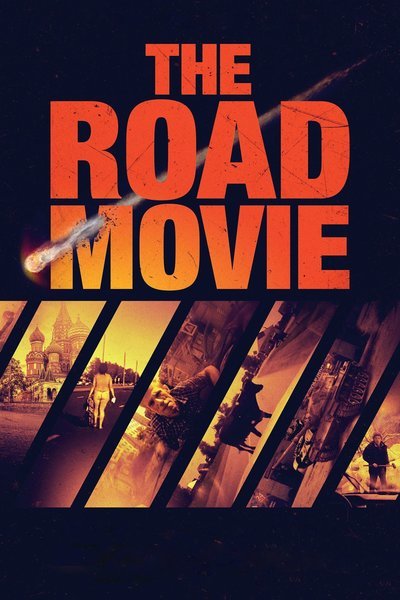