The makers of the autism advocacy doc “The Reason I Jump” often struggle with a challenge that every documentary filmmaker (or film journalist) implicitly accepts whenever they set out to translate other artists’ work: recreate as much of the original work’s personality in their own adaptation. You have to “paint a picture,” to borrow a phrase from former Village Voice film editor (and current friend) Alan Scherstuhl: describe events or concepts with enough details so that your audience can independently reach the same emotional or intellectual conclusions based on what you’re showing them. Unfortunately, the movie version of “The Reason I Jump” provides general and therefore only ostensibly universal concepts found in the book The Reason I Jump, Japanese author Naoki Higashida’s poetic memoir about his experiences as a mute autistic teenager.

The movie version of “The Reason I Jump” often uses soundbite-friendly quotes from Higashida’s book as a conceptual clothesline in order to connect Higashida’s story with the experiences of five other autistic children, as well as their parents and David Mitchell, one of Higashida’s two translators (the other being K.A. Yoshida). Autistic children’s mundane experiences are too often reduced to sentimental, canned, and/or trite examples of how far neuro-atypical children and their loved ones have already come, and still hope to go. The movie version of “The Reason I Jump” does not, in other words, successfully illustrate what its title promises, but rather generalizes about a sensitive topic to the point of inadvertently making it seem more unapproachable.

Director Jerry Rothwell (“How to Change the World”) presents a distractingly aestheticized version of the sensory overload that autistic children experience. Amrit, from Noida, India, talks about how she sometimes has to “scan my memory to find an experience closest to what’s happening now” while producer Jeremy Dear, father to autistic teen Joss, likens his son’s thought process to “an out of control slide show.” Soon, voice actor Jordan O’Donegan reads a passage from Higashida’s book while Jim Fujiwara, a non-speaking Japanese-British autistic boy, explores a field of tall grass under an overcast sky. “Time is a continuous thing with no clear boundaries, which is why it's so confusing,” O’Donegan, as Higashida, explains. Fujiwara stumbles upon a backhoe loader while unsettling ambient music plays.

O’Donegan continues: “Inside my head, there isn't really such a big difference between what I was told just now and what I heard a long, long time ago.” We then jump to an anecdotal scene where Joss Dear panics in his family’s car while waiting for Jeremy to return with pizza. “There’s no more pizza” Joss inexplicably cries—we never know why he thinks this, but we do see Jeremy return with pizza and soda—while his mother, co-producer Stevie Lee, tries to calm down her son. These scenes encourage an immediate sort of sympathy, but ultimately only establish a superficial understanding of autistic children’s experiences.

Director Jerry Rothwell hardly presses his on-camera subjects about the specific challenges facing autistic kids or their understandably frustrated parents. Aarti Khurana, Amrit’s mother, talks vaguely about stopping her child from pursuing her “obsessions” because of “my fear” of things that could be “socially awkward for her”; Mary Penn-Timity talks generally at a town-hall-style forum in Freetown, Sierra Leone about “centuries of misunderstanding” that her daughter Jestina faces on a daily basis: “Everyone wants me to get rid of this child.” Fujiwara is then shown wandering through a forest while unidentified voices, representing outdated and just plain wrong scientific thinking, describe autistic children as "psychotic," suffering from a "birth defect," and substantiating "eugenics" concepts.

At this point, the voiceover narration shifts into a non-English language for the first time in the movie—German: "We call upon a merciful destiny to liberate these regrettable creatures from their existence without life.” It’s easy to tut-tut this barrage of misinformation, but “The Reason I Jump” doesn’t ever really consider its subjects in a way that illustrates what Higashida means when he says that “Every single thing has its own unique beauty.” I would much rather be able to look at Amrit’s paintings than try to understand what motivates their creation through abstract, pseudo-poetic footage of a spinning pottery wheel, explained primarily by more voiceover narration: “A person who is looking at a mountain far away doesn't notice the prettiness of the dandelion in front of them.”

Towards the end of the movie, O’Donegan, speaking as Higashida, provides an ironically apologetic disclaimer: “I don't pretend for a moment that everything I've written applies to all autistic people.” This line is especially unfortunate given that it’s said right after Ben, a non-speaking autistic boy from Arlington, Virginia, says (through a speaking board) that, “I think we can change the conversation around autism by being part of the conversation.” I wish the movie of “The Reason I Jump” were as personal as that quote suggests that it should have been. 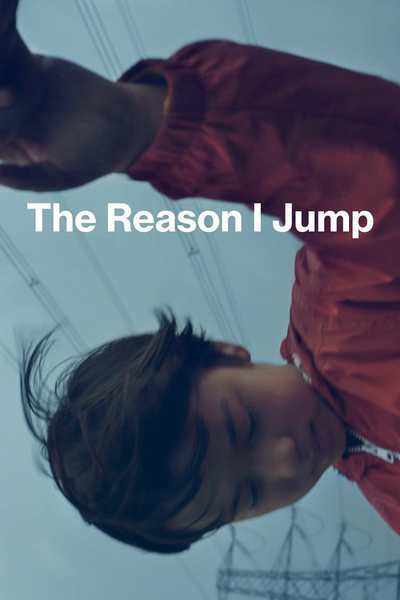