Malgorzata Szumowska’s “The Other Lamb” opens with a number of tell-tale signs that something is not quite right. While women and girls in prairie dresses and uniformly braided hair attend to daily chores around a remote camp in a picturesque forest, they are all singing the same hymn under the watchful painted image of their cult leader. At dinner, they quietly sit at a long table headed by a Charles Manson-like messianic figure referred to as the Shepherd (Michiel Huisman). He calls the women and girls his wives and daughters, and they dress according to their household standing. The wives are clad in red with some in purple-burgundy coats or fuschia accessories; the daughters wear teal blue dresses with green sweaters and coats. The Shepherd wears black. Naturally, he refers to his all-women cult as his flock.

As C.S. McMullen’s story plunges into the depths of abuse and subjugation, Szumowska explores the tensions within this communal hierarchy. The wives have a higher standing than the daughters, but that doesn’t mean the daughters don’t get jealous of new wives, some of whom are roughly the same age. Jealously carries over to the wives who look on as the Shephard’s attention moves on to younger and younger partners. Pregnancy is a badge of honor, but only if the right gender is born. It’s a harrowing dynamic made even more complicated through the eyes of Selah (Raffey Cassidy), whose fierce loyalty and desire to please the Shephard begins to crack under the realization of the abuse he’s put her and her family through. “His attention is like the sun,” one of the outcast wives tells Selah. “Glorious at first but then it just—burns.”

Through the grim lens of cinematographer Michal Englert, Selah’s journey leans into the teal blue, emerald and forest green tones of the daughters’ outfits and the settings, aligning the viewer with Selah’s perspective. Jenny Nolan’s detailed, homespun costumes create a visual contrast between the two groups, pitting mothers against daughters for their patriarch’s adoration. Nightmarish sequences sprinkled throughout the film add a disorienting sensation. At times, these moments can be difficult to figure out if they are Selah’s visions, nightmares or memories which involve dead animals or the sight of Selah in normal clothes in the backseat of a car, none of which she’s ever experienced in her life in this cult. There are eerie elements to the camp that are never fully explained, like intricate web-like threads that adorn certain parts of their camp, and it feels like there are still pieces of the story hidden from the audience.

As Selah, Cassidy does an immense job portraying a girl learning the ugly truth of her world. She’s torn by the desire for her Shephard, the guilt of having failed him before and a sense of reluctance from a feeling that what he was doing was wrong. Her dissent begins because she fears her period since the group alienates those menstruating to atone for Eve’s sin and sees them as “unclean” until they are done. The movie ties some of her visions of rotting animals to her visceral shame around menses. Cassidy holds in all of these fears within her characters’ nervous looks while trying to remain calm as Huisman’s charismatic but controlling leader eyes Selah like his next meal—a wolf in shepherd’s clothing.

As wonderful as “The Other Lamb” appears on screen and its cast embodies the story’s tension, it feels as if there is something missing from the final picture. The movie is slight in its exploration of dark subjects like cults, inter-generational dynamics and abuse, without coming to any kind of conclusion or closure. After following Selah through this self-discovery, the ending feels rushed and not as satisfying as the majority of the movie before it. Still, most of the movie keeps up the narrative suspense against a gorgeous but bleak minimalistic backdrop of rainy, windswept mountains once the group is uprooted from their camp—making Selah’s journey both physical and psychological. That’s enough to make me anticipate Szumowska’s next adventure. 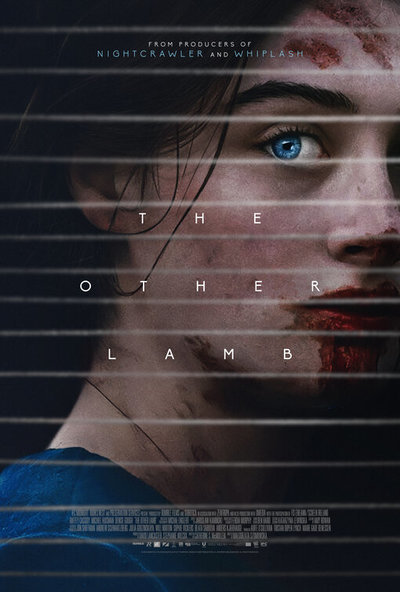