A somewhat palatable quasi-rom-com that declares the death of contemporary romance from the get-go, only to try and resurrect it later, writer/director Carly Stone’s “The New Romantic” unfolds more like an aspiring writer’s checklist of narrative influences than a fleshed out story on modern-day relationships. Clocking in barely over 80 minutes and yet surprisingly shapeless, “The New Romantic” aims to both playfully wink at the charms of certain beloved ‘90s rom-coms and simultaneously update their behind-the-times perspective of courtship à la 21st century, in accordance with the era of swipe right or left. While it occasionally (yet lazily) succeeds at the former pursuit—probably only for the audiences nostalgic for a specific set of films from the rom-com genre—it falls short of the latter quite dramatically. A thoughtfully feminist spin on “Pretty Woman,” this film is not.

The aforesaid “death of romance” is pronounced by Blake (“The End of the F***ing World” actress Jessica Barden, who oddly looks and sounds too young for the part), a Carrie Bradshaw-esque relationship columnist for her college newspaper. A fed-up romantic who sometimes thinks in “I couldn’t help but wonder”-style voiceovers, Blake desperately yearns for the screwball-y quality of Nora Ephron films in her real life and desires the chivalry of a bygone time. But in reality, she is sadly surrounded by the kind of clueless, present-day people who cringingly ask whether Nora Ephron is Zac Efron’s mother. Thus, she isn’t exactly out there, garnering fresh material for her topic of journalism. For someone expected to produce witty articles about sex, she seems to be on an unlucky streak in the bedroom until she decides to prematurely kill love on paper and contemplate in her essay whether Harry and Sally would have just become fuck buddies under today’s dire circumstances. Understandably, this bold move swiftly costs her the job. (Side note: I tried to not take personal offense from and read too deeply into the fact that her “bad at relationships” status temporarily lands her a job as a critic at the same paper.)

But then opportunity comes knocking in the form of gonzo journalism that would make Blake a combination of Vivian in “Pretty Woman” and Josie Geller in “Never Been Kissed,” and maybe even win her a Hunter S. Thompson writer award, if she’s lucky. Never mind if her idea is kosher, though—ethics be damned in the chase of a good story that will draw valuable clicks. With the help of her savvy roommate Nikki (Hayley Law) and experienced friend Morgan (Camila Mendes), Blake finds herself in the luxury-goods-filled world of sugar daddies. In no time, she lines up one of her own—a wealthy, 40-something finance-type named Ian (Timm Sharp) who wants to (well, sort of) “date” Blake in exchange of valuable gifts. Slipping into the sugar baby lifestyle for the sake of a good story she can milk, Blake momentarily loses herself in the fake yet no-strings-attached ease of her position.

It would be unfair to claim that Stone brushes over the arguably debauched and even antifeminist crisis Blake creates for herself. Blake incessantly feels and second-guesses her conundrum (and so do we), even when her transactional, paid-for time with Ian resembles something genuine. But I can’t say the filmmaker truly digs deep into questions of morality around her arrangement, either: “The New Romantic” almost shies away from connecting its ideas beyond a mildly amusing package, whose priority is honoring Stone’s favorite romantic comedies. In one scene, Blake educates herself through a YouTube video on the differences between her contract with Ian and traditional prostitution. But a moment that’s supposed to make her weigh the reality thoroughly reads like a frustrating justification of her quid-pro-quo agreement. If “The New Romantic” has some sort of a message to deliver to young women, it gets stuck in a murky space amid tired hat-tips to “Pretty Woman” (complete with Ian closing an expensive jewelry box on Blake’s fingers), an underdeveloped, young love interest and distractingly amateur cinematography. Then again, perhaps it doesn’t have that much to say after all. 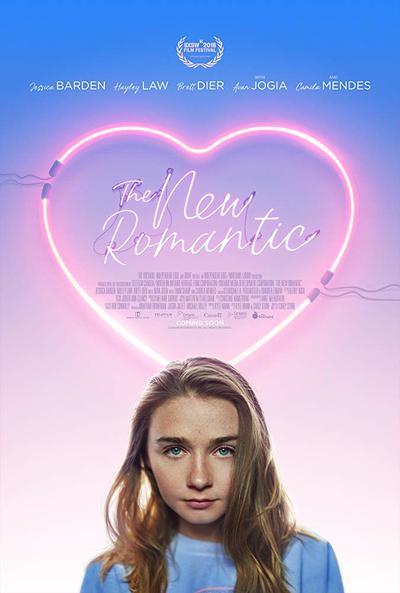