The Mystery of D.B. Cooper

The story of D.B. Cooper has fascinated generations, and not just your true crime fans. There’s something about the tale of a man who hijacked a plane and may have escaped with a fortune that’s captivating. It’s become so much a part of the fabric of pop culture that it’s even worked its way into pop culture touchstones like “Twin Peaks” (David Lynch named Dale Cooper after the hijacker) and “Mad Men” (there was a theory that the series would end with the reveal that Don Draper was also D.B. Cooper). Why are we so obsessed with the only unsolved hijacking in U.S. history? Sadly, “The Mystery of D.B. Cooper,” premiering on HBO this week, doesn’t have the answer, or really even attempt to find it. Director John Dower doesn’t really engage with why this true story is so powerful until its closing minutes. Before then, we spiral through four potential suspects, losing sight of the fact that the identity of D.B. Cooper is only part of this story. By turning this narrative into a search for an identification that seems increasingly unlikely to ever happen, Dower loses focus, and we become just as lost as the hundreds of people convinced they know what happened to D.B. Cooper.

On November 24th, 1971, a man boarded a plane from Portland to Seattle, identifying himself as Dan Cooper. He told the flight attendant, who is interviewed in the film, that he had a bomb. He demanded the plane land and that he would exchange the passengers for four parachutes and $200,000. That’s what happened, and then the plane took off again with Cooper telling the pilots to fly him to Mexico City. Not long after, Cooper jumped from the plane, and was never seen again. Many years later, some of Cooper’s money was found far from where they thought he landed, but how and when it got there remained in question. Many investigators believed that Cooper probably died but the bulk of the money and his remains were never found. A legend was born.

Dower focuses on the details of the actual crime with people who were closed to it, intercut with theories about potential suspects. He starts with Jo Weber, the widow of a man named Duane Weber, who was undeniably a con man (a cache of fake IDs makes that pretty clear). Jo had no idea that Duane could have been a legendarily wanted man until he reportedly told her on his deathbed, “I’m Dan Cooper.” The declaration led Jo down a rabbit hole of her own memories, and she’s convinced—with the somewhat suspicious help of a Cooper expert who calls himself her “memory man”—that she was married to D.B. Cooper. She has been one of the most vocal people about the case, appearing on talk shows to reveal how close she was to the real D.B. Cooper, and she has an interesting story that relates to the discovery of the money on the beach.

Well, then what about Barbara Dayton? One of the most interesting theories has always been that D.B. Cooper was actually a woman dressed in drag. Barbara later became the first person in the state of Washington to receive sex assignment surgery, and most of the evidence against her centers on a supposed confession given to friends at an airfield. Was she telling them the truth or did everyone have a bit too much to drink that night?

And how about Marla Cooper (who even admits she uses to look a lot like Laura Palmer), who is certain that her uncle is the infamous criminal? Or maybe it’s the man arrested for what was considered a copycat hijacking? Could that have been Cooper himself trying to get it right the second time? By the time that Dower gets to a man who appears to have devoted his remote existence into studying the Cooper case, he’s raised more questions than answers. And maybe that’s the point. But most people with even the slightest familiarity with the D.B. Cooper case won’t learn enough here for the whodunit game to have any impact. Instead of painting a vision of obsession about this case, Dower seems content with relaying a few possible theories.

The harder questions come only at the very end of “The Mystery of D.B. Cooper” when key players admit that they must sound as crazy as all the other people online who claim to be certain about D.B. Cooper’s identity. It’s seeming less and less likely that we will ever know exactly what happened that day. Why are we still so fascinated by it? Why are there such distinct groups of people in this documentary who know beyond a shadow of a doubt that different people are D.B. Cooper? A vast majority of them must be wrong. And that’s just the tip of the iceberg. There’s probably someone right now finding a suspicious wad of cash in an attic or seeing the word Cooper written in a journal who is going to become certain that they have a relative with a secret too. Only one of them will be right. 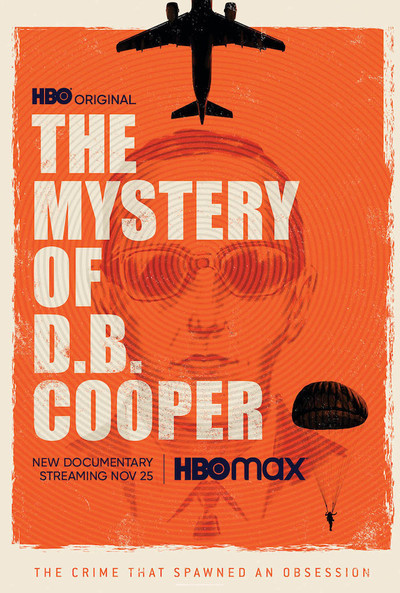