The Map of Tiny Perfect Things

There must be something ironic about a movie that is about time loops and the recurrence of certain events, essentially recreating similar emotional beats that have already been covered by this sci-fi genre. If everything is cyclical, then maybe it makes sense that these narratives would also be cyclical! But at least to the credit of “The Map of Tiny Perfect Things,” the film knows its pop-culture touchstones (“Groundhog Day” and “Time Bandits”) and acknowledges the influence those Harold Ramis and Terry Gilliam classics have on its YA story. That doesn’t make the film particularly unique, but at least it makes “The Map of Tiny Perfect Things” honest.

Written by Lev Grossman of The Magicians fame and directed by Ian Samuels, who also helmed the YA film “Sierra Burgess Is a Loser,” “The Map of Tiny Perfect Things” is set in one of those cutely small American towns where the main strip is full of quaint shops and everything is blandly satisfying. It’s so nice that high school senior Mark (Kyle Allen) hasn’t exactly minded reliving the same 24 hours for something like 1,000 days. He has every same day down to a routine: He wakes up and banters with his little sister, butts heads with his father (Josh Hamilton), skips and hops into school, stopping accidents and other little disasters along the way, and then he just wanders around. He plays video games with best friend Henry (Jermaine Harris), or goes to the neighborhood pool, or steals construction equipment to drive down the street. Eventually he’ll end up back at home, where he’ll have the same argument with his father about his dream to attend art school instead of traditional college. And then at midnight, his body automatically falls asleep, and the day resets—time rewinds, events move backward, colors leech out of Mark’s surroundings and swirl upward into the sky. When he wakes up the next day, it’s always the same.

All this repetition has Mark feeling a bit like he’s the only person awake, and he’s cockier as a result—he calls himself Sherlock Holmes, and he says he’s psychic. He might be the only person really still alive in this world. Until he crosses paths with Margaret (Kathryn Newton), who interrupts his day in her oversized sweatshirt, aviator sunglasses, and don’t-mess-with-me attitude. Their meet-cute occurs when she interrupts him as he flirts with another young woman, and from that moment, Mark is entranced. What has she been spending her days doing? What secrets has she found in the town that he hasn’t yet? And if they’re trapped in this eternal moment together, shouldn’t they be spending it together?

If you were expecting any surprises after that boy-meets-girl setup, “The Map of Tiny Perfect Things” will disappoint. This is all fairly predictable in the way so many films aimed at teenage viewers can be, with tons of pop culture references, an emphasis on going out and experiencing the quirky peculiarities of the world, and an insistence that self-improvement is the only way to move past trauma. When Mark and Margaret decide to make a “map of tiny perfect things” that they spot around the town—moments like a child blowing a balloon, an older couple playing cards, or a janitor playing the piano—it’s an opportunity for them to each give a little and take a little. Maybe reality would reset itself if Mark paid more attention in algebra, or if he was more sympathetic to his father’s strictness. Maybe everything would get better if Margaret lived more in the moment, or if she went along with more of Mark’s goofy antics. None of this is particularly challenging, but Allen and Newton are pleasant enough and have easily believable chemistry, and Samuels keeps things moving at a brisk clip.

What is slightly unexplored, though, is not only the science behind all this, but also some of the ethical implications involved in being trapped with someone else during what could be the end of linear reality. Sci-fi that fully explains itself is never really fun, but “The Map of Tiny Perfect Things” throws terms like “temporal anomaly” and “singularity” around before eventually settling on an “everything happens for a reason” ideology that is somewhat unfulfilling. And while “The Map of Tiny Perfect Things” doesn’t veer into, say, “Passengers” territory, it does do that thing where a male character’s desires are ultimately given primacy, and his actions are excused by the film itself. It’s almost disappointing when the film reveals how important Margaret is to all this because it makes you wonder why “The Map of Tiny Perfect Things” wasn’t told from her perspective in the first place. “The Map of Tiny Perfect Things” is less of a reinvigoration of this particular sci-fi subgenre than a straightforward homage to it, but even in those terms, you can’t help but wonder when the film’s inevitably agreeable ending arrives what a different movie this could have been if Margaret had been centered instead of Mark, and if the Grossman and Samuels had been willing to take any risks at all. 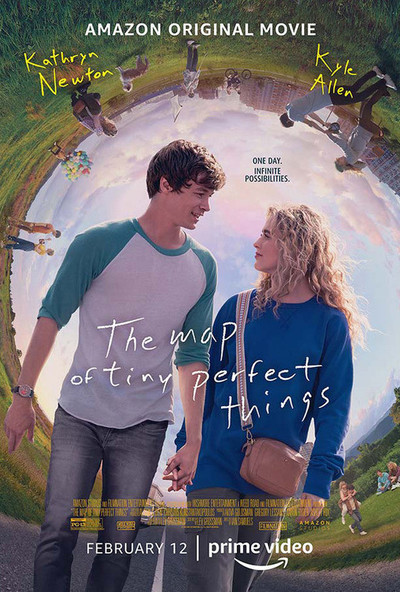