I think I may have cinematic PTSD from the wave of truly awful movies that followed in the success of “The Notebook,” most of them also based on novels by Nicholas Sparks. They’re a rough spot in the history of filmmaking, and I went into Vicky Wight’s “The Lost Husband” expecting more of the same overcooked tripe. The title alone had me grinding my teeth (and it ends up really misrepresenting the film).

Much to my surprise, “The Lost Husband” is a solid adult drama, a movie that’s too soft at times but more often tender with its characters. It’s not a film designed to break any new ground, but Wight has skill with character, finding nuance in those moments that many other writer/directors would have turned into pure cliché. When her film has to come back to its narrative based on the novel by Katherine Center, it falters at times, particularly in a vicious matriarch archetype, but there’s way more to like here than I expected.

Libby (Leslie Bibb) has moved to the country house of her aunt Jean (Nora Dunn), not long after the passing of Libby’s husband Danny (Kevin Alejandro). Now the single mother to two children, Libby needs a break from her awful mom Marsha (Sharon Lawrence), and a complete change of scenery. Early scenes in “The Lost Husband” really capture how activity can soften grief. There’s something to just moving—getting off the couch and doing something—that can help people get over tragedy. And Wight smartly doesn’t overplay the “city girl” aspect of Libby. Sure, she’s never milked a goat, but this is not the broad slapstick comedy it could have easily been in a lesser film. Don't expect wacky montages to a Maroon 5 hit.

Of course, it helps the grieving process that Aunt Jean’s farmhand O’Connor looks like Josh Duhamel. Yes, “The Lost Husband” is a “city girls falls for country boy” tale, but even that angle is handled with way more subtlety than most films of this type, or the poster this movie, would have you believe. Wight refuses to make this a “boyfriend savior” film, allowing Libby her own arc and grief outside of the growing relationship, and lets the love story take a back seat. Importantly, Duhamel is undeniably charming, underplaying in a way that anchors his supporting role but never steals focus from Bibb.

Way too long at nearly 110 minutes, “The Lost Husband” undeniably succumbs to some cheesiness, particularly with Lawrence’s cartoonish caricature and some secrets revealed in the final act. However, I kind of liked some of the less-rushed chapters, the moments that felt way more lived in than we usually get from films in the Sparks universe. Lines like “Life keeps chugging along whether we like it or not” are undeniably clichéd but come from a truthful place. Life doesn’t stop for tragedy. It doesn’t stop for grief. Your kid still needs to go to school. The goats still need to be milked.

What turned me off about so many of those Sparks films and their wannabes was the artifice and the sense that none of these people exist in the real world. And I think what surprised me so much about “The Lost Husband” was how much I believed Libby and her journey, even as it fell into sentimentality. It’s an old-fashioned but charming movie that affirms that maybe romantic dramas aren’t dead after all. 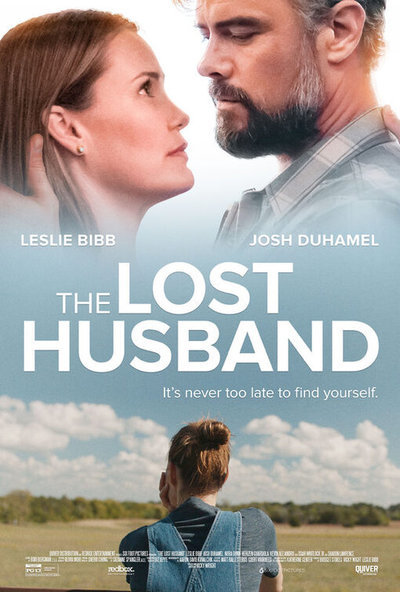 Rated PG-13 for some suggestive references.