After squirming through the all-too-accurately-titled “The Longest Ride,” I think I have finally cracked the code on what makes these increasingly cockamamie films based on Nicholas Sparks novels tick.

They might be classified as romantic dramas. But don’t be fooled. In reality, they are sci-fi adventures that unfold in an alternate universe. It’s a place—let’s call it Sparks-landia—where young couples will often encounter a parallel pair of oldsters whose situation somehow reflects and affects theirs. Where woo will be pitched while being drenched by a water source. Where simple logic does not apply, beatitudes will be pronounced at regular intervals (“Love requires sacrifice...always” is the lesson here) and coincidences involving letters and dead spouses regularly occur. Where eventual plot twists are often telegraphed from the moment the opening credits begin and relationship barriers that could be easily resolved are instead treated as if they were the iceberg that struck the Titanic.

You heard of “Star Wars”? Films based on Sparks' books could be called “Star-Crossed Wars.”

The two-hour-plus “Ride,” No. 10 in the series, at least offers a few intriguing new variations on the usual Sparks formula of pretty bland people falling in love against a backdrop of verdantly green landscapes most often located in coastal North Carolina. For instance, this might be one of the few movie plots in history to prominently feature both bull riding and art appreciation.

How are they tied together, you might ask? Not with a bedazzled lasso. Instead, college sorority sister and art history major Sophia (Britt Robertson, who also stars in the summer tentpole “Tomorowland”) and cowboy Luke (Scott Eastwood ) meet cute at a rodeo event—he drops his hat, she picks it up—and instantly take a shine to one another.

The former bull-riding champ is on the comeback trail, as we are told time and again, after suffering a great injurious fall while competing atop a snorting demon of a beast called Rango, a breakout performance to be sure. You ain’t seen nothing if you haven’t witnessed a bull buck and rear up in a circle with slo-mo snot flying out of its nose. Meanwhile, this Jersey-bred gal is heading to the Big Apple in two months for a gallery internship. He is a whole lot country—shucks, he even brings a grocery-store-quality bouquet of flowers to their first date and serves her BBQ out of the bag al fresco—and she is a whole lot of anything but.

But with Luke having to be around bulls to make a living and such livestock being fairly scarce in Manhattan save for Wall Street, he and Sophia don’t seem to have much of a future. But then fate, which is never more fickle than when it materializes in a Sparks film, intervenes. As the twosome head home in Luke’s red Ford pickup truck (product placement, including Apple and Budweiser, is rampant in Sparks-landia), they happen upon a car that slid off the road. Inside is an elderly man that they transport, along with a basket filled with old letters, to the hospital.

He turns out to be Ira Levinson (Alan Alda, doing a crotchety geezer type with a twinkle in his eye as best as he can what with breathing tubes in his nose), a widower who has his own account of the heart to share that will ultimately provide the key to their futures. Lo and behold, diversity rears its head in Sparks-landia in the form of flashbacks featuring Ira’s Jewish heritage and that of his wife to be, Ruth, a cultured Austrian Word War II refugee making a new life in America. Sophia pays regular visits to Ira’s bedside, and together they read aloud his letters to Ruth. Why he sent these missives to someone he saw daily and why he felt compelled to describe episodes that just occurred are not explained except for the fact we are, after all, in Sparks-landia.

Ira (played in these remembrances by Jack Huston, grandson of legendary director John, who looks nothing like Alda—another Sparks tradition) and Ruth (Oona Chaplin, granddaughter of silver-screen icon Charlie) eventually marry, though their bliss is interrupted by his call to military duty overseas. A battlefield wound leaves Ira unable to give Ruth the large family of her dreams. In compensation, he buys her modern paintings by great painters who attend the nearby Black Mountain College to fill the walls of their home.

While their circumstances take a rather unduly melodramatic turn once there is no wall space left, Huston and especially the rather infectious Chaplin are a more interesting match to observe than Robertson and Eastwood. Instead, what director George Tillman Jr. (the director of “Soul Food” and “Men of Honor,”  who obviously studied the Sparks movie handbook) counts on to liven up the current-day passages are his male star’s genes—he is the spitting blue-eyed image of his daddy, who happens to be named Clint—and drop-dead-gorgeous looks. While Robertson flashes a PG-13 breast, it is Eastwood’s right nipple that gets a close-up in a bed scene.

Still, the only thing that all this macho beefcake objectifying achieved was to give me a hankering to watch “Rawhide” reruns and admire the real deal, instead. 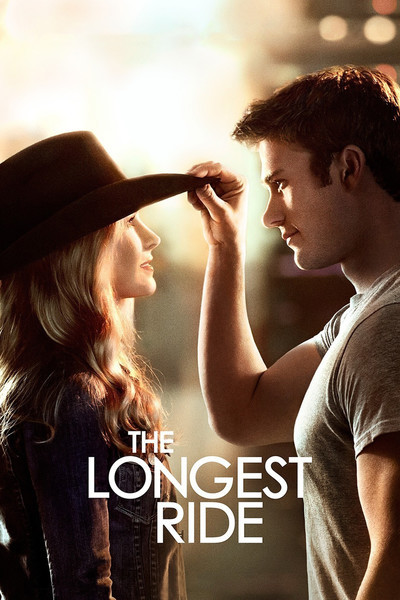 Rated PG-13 for some sexuality, partial nudity, and some war and sports action