The Last Days of Ptolemy Grey

It is no secret that elderly Americans are treated only slightly better than lepers. Barely scraping by on Social Security checks and pensions (if that), old people are pushed aside because their buying power is limited to prescriptions and medical procedures. How often do we even see the elderly? Unless you’re related to an old person, you might only see them at the pharmacy, or at a voting booth, or if you happen to help one cross the street. Even if someone above the age of 60 has held onto a sharp mind, they may not have the physical health to match.

Samuel L. Jackson stars as geriatric widower Ptolemy Grey in the newest Apple TV+ dramatic series, starting today, who has the opposite problem. Grey’s mind is succumbing to Alzheimer’s Disease at an alarming speed, but his body, his doctor tells Reggie Lloyd (Ptolemy’s great-nephew and caretaker, played with beautiful subtlety by Omar Benson Miller), is stronger than men 50 years younger than him. Reggie has a wife and children, so he can only come by every now and then, which means a mournful dirge echoes from every nook and cranny of Grey’s Atlanta apartment. Stacks of ancient magazines cannot be disturbed because, as I myself have heard from the elderly hoarders in my life, he “likes them that way.” The toilet and bathroom sink are clogged and unusable. There’s a padlocked room, its door draped with a dirty sheet of canvas, that belonged to his late wife Sensia (Cynthia McWilliams) and mustn’t be opened. Decades of junk—folding chairs, Tampax boxes, empty tins—stand taller, and deeper, than Ptolemy himself, whose spine is hunched, whose grey hair and beard are matted, unwashed, springing wildly from his head. He sleeps on a settee in his living room, classical music playing feebly from a radio somewhere in the morass of his possessions, the TV news always on.

“The Last Days of Ptolemy Grey,” based on creator Walter Mosley’s eponymous novel, casts an unflinching eye on the marginalization of Black America. Jackson imbues his portrayal of Grey with terrifying clarity. I have become so familiar with his supremely self-possessed roles that I didn’t realize the confidence inherent in his performances registers at an even more transcendent plane when he plays a helpless dying man. Every cry of despair, every struggle to remember names and faces, every motion—from the slightest tremor of Grey’s hands to his torso wavering—are just part of his life’s daily tragedies. There is no end to the list of indignities the elderly are made to suffer, but add to that senility, living alone, and racism. Local cops may not shove Grey up against a wall to pat him down, but they will collar his great-nephew Hilly (DeRon Horton), who was merely escorting Grey to the bank, and say, without cause, “Okay, you need to come with us.”

But this story isn’t just about one elderly man. Grey’s family—a niece named Niecie (Marsha Stephanie Black), her son Hilly; Reggie, his wife, and children, and a few other assorted relatives—have deposited caring for him at Reggie’s feet, and only take interest in him when rumors of Grey’s secret fortune abound. At a family member’s funeral, Grey meets Robyn (Dominique Fishback), the daughter of Niecie’s best friend, now an orphan, who now lives with “Auntie Niecie.” Robyn has reluctantly agreed to help take care of Papa Grey, as Ptolemy is known to his family. This arrangement changes rapidly when Robyn is kicked out of the house after Hilly tries to sexually assault her; she pulls a knife on him, and is self-possessed enough to tell her auntie, through tears, that she did nothing wrong. With nowhere else to go, Robyn moves in with Papa Grey.

Fishback and Jackson’s chemistry is a marvel. The trust between them, tentative at first, grows naturally into a profound, abiding bond. For each of Jackson’s desolate sobs, Fishback counters with quiet gumption. Her body language is a storyteller unto itself: she at first finds Papa Grey quite odd, even exasperating. But her spine stiffens as she defends him, safeguards him from local crooks and greedy relatives. There is a resolute calm in her eyes and limbs as she scrubs the living daylights out of the filthy apartment. Jackson and Fishback fill the screen with pain that goes bone-deep, and joy that feels like a glorious victory.

And now we arrive at the Walton Goggins appreciation portion of this review. I’ve written elsewhere that he’s the best part of whatever he’s in, and he is certainly impressive here in a supporting part as Dr. Rubin, an Alzheimer’s expert who is developing a cure for the disease. It’s a bit jarring to see Goggins in a normal part. He doesn’t burst into “Misbehavin’” (if you haven’t seen “The Righteous Gemstones,” you are missing out) or send spit soaring via his sewer-fresh insults (“Vice Principals”). Papa Grey meets with Dr. Rubin, who gives him some fantastical news. Though it is in its trial phase, this Alzheimer’s cure, in the form of a single shot, will completely restore the patient’s memory. Not just what they ate for breakfast, or what they watched on TV the day before. Everything, including painful memories of his uncle Coydog (Damon Gupton) and a passionate, albeit stormy, marriage to Sensia. There are some caveats: the patient will experience high fever, possibly regularly, and night terrors. Once the first shot wears off, the patient will be back at square one, feeling far more frantic and senile than they did before. There is, however, a second shot. Without it, Dr. Rubin says simply, the patient’s decline may accelerate.

Goggins’ performances always feel like collaborations. He tunes his work so it is vivid enough to shine through, but flexible enough to play off others. That is what makes his scenes with Jackson so delightful. The newly rejuvenated Papa Grey unhesitatingly calls Dr. Rubin “Satan.” Dr. Rubin isn’t offended. Goggins isn’t trying to Patch Adams his way through the role. His candor is unapologetic; his words direct but not terse. The inclines of Goggins’ head, even the intonation of his speech, give both actors room in which to present two sides of an argument. A white doctor, medical indemnity paperwork in hand, and a seemingly impoverished Black man, who gets his marbles back, if only briefly, going toe to toe with each other, neither hostility nor contempt coloring their actions. They need each other, and Jackson and Goggins deliver tenfold on this partnership.

The drawbacks of the series, sadly, come down to the directing and editing, both of which often seem to hail from dramas of the late 1990s and early aughts. But because “The Last Days of Ptolemy Grey” isn’t flashy, and lacks the voyeurism of something like David Simon’s assessment of Black America in “The Wire,” it accommodates the plot receding into the background so character studies can take over. In the first few minutes of the pilot, I jumped when the camera dwelled for a split second on a paperback copy of Theodore Dreiser’s Sister Carrie. I have met only a half dozen people who care as much as I do—or have even heard of—about arguably the figurehead of American naturalism in 20th century literature. Sister Carrie does have a plot, but it is first and foremost a character study. Carrie follows her heart, struggles against an industrializing America, and eventually gets almost everything she wants—but still feels alone, unable to even pinpoint what it is she wants, just that she feels alienated from the life and gaiety around her. It’s the first time I’ve witnessed the DNA of Dreiser’s creation in a modern story on television. I hope it’s not the last. 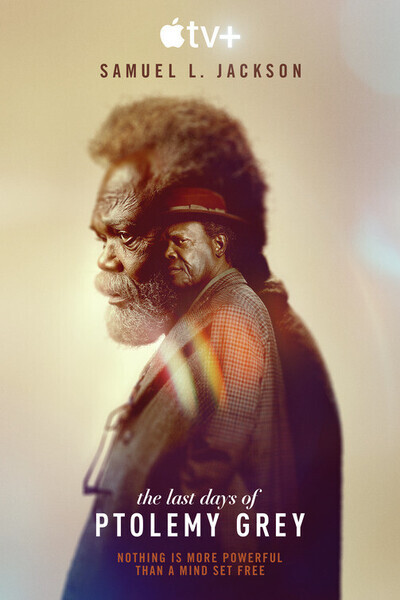