Ew! I hate it when that happens!

It's not death itself that's so bad. It's what you might have to go through to get there. No horror film I've seen inflicts more terrible things on its victims than “The Human Centipede.” You would have to be very brave to choose this ordeal over simply being murdered. Maybe you'd need to also be insane.

I'm about to describe what happens to the film's victims. This will be a spoiler. I don't care, because (1) the details are common knowledge in horror film circles, and (2) if you don't know, you may be grateful to be warned. This is a movie I don't think I should be coy about.

OK. Dr. Heiter is a mad scientist. He was once a respected surgeon, but has now retreated to his luxurious home in the German forest, which contains an operating room in the basement. His skin has a sickly pallor, his hair is dyed black, his speech reminds us of a standard Nazi, and he gnashes his teeth. He is filled with hatred and vile perversion.

He drugs his victims and dumps them into his Mercedes. When they regain consciousness, they find themselves tied to hospital beds. He provides them with a little slide show to brief them on his plans. He will demonstrate his skills as a surgeon by — hey, listen, now you'd really better stop reading. What's coming next isn't so much a review as a public service announcement.

Heiter plans to surgically join his victims by sewing together their mouths and anuses, all in a row, so the food goes in at the front and comes out at the rear. They will move on their hands and knees like an insect. You don't want to be part of the Human Centipede at all, but you most certainly don't want to be in the middle. Why does he want to commit this atrocity? He is insane, as I've already explained.

He also wants to do it because he is in a movie by Tom Six, a Dutch director whose previous two films average 4 out of 10 on the IMDb.com scale, which is a score so low very few directors attain it. Six has now made a film deliberately intended to inspire incredulity, nausea and hopefully outrage. It's being booked as a midnight movie, and is it ever. Boozy fanboys will treat it like a thrill ride.

And yet within Six, there stirs the soul of a dark artist. He treats his material with utter seriousness; there's none of the jokey undertone of a classic Hammer horror film like “Scream … and Scream Again” (1970), in which every time the victim awoke, another limb had been amputated. That one starred the all-star trio of Vincent Price, Christopher Lee and Peter Cushing, and you could see they were having fun. Dieter Laser, who plays Dr. Heiter, takes the role with relentless sincerity. This is his 63rd acting role, but, poor guy, is seemingly the one he was born to play.

Tom Six is apparently the director's real name. I learn his favorite actor is Klaus Kinski, he is an AK-47 enthusiast, and wears RAF sunglasses and Panama hats. Not the kind of guy you want to share your seat on a Ferris wheel. He has said, “I get a rash from too much political correctness.” I promise you that after this movie, his skin was smooth as a Gerber baby's.

I have long attempted to take a generic approach. In other words, is a film true to its genre and does it deliver what its audiences presumably expect? “The Human Centipede” scores high on this scale. It is depraved and disgusting enough to satisfy the most demanding midnight movie fan. And it's not simply an exploitation film.

The director makes, for example, effective use of the antiseptic interior of Heiter's labyrinthine home. Doors and corridors lead nowhere and anywhere. In a scene where the police come calling, Six wisely has Heiter almost encourage their suspicions. And there is a scene toward the end, as the Human Centipede attempts escape, that's so piteous, it transcends horror and approaches tragedy.

The members of the Centipede are Ashley C. Williams, Ashlynn Yennie and Akihiro Kitamura. The Japanese actor screams in subtitled Japanese, perhaps because he will broaden the film's appeal among Asian horror fans. In the film's last half, the two actresses don't scream at all, if you follow me.

I am required to award stars to movies I review. This time, I refuse to do it. The star rating system is unsuited to this film. Is the movie good? Is it bad? Does it matter? It is what it is and occupies a world where the stars don't shine. 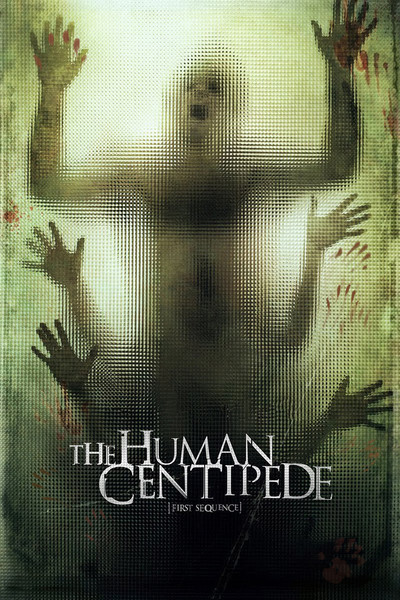