In "Alexander and the Terrible, Horrible, No Good, Very Bad Day," Ed Oxenbould played an American middle schooler who wished he could be in Australia. In Dan Mazer's "The Exchange," he plays a Canadian high schooler named Tim Long who wishes he could be in Paris.

The opening titles inform us that it is 1986 in "Godforsaken" Hobart, Ontario. It is not a coincidence that Tim Long is also the name of the screenwriter, and he is a Canadian from Manitoba who was 17 in 1986. Long (the person) has been a writer and producer of "The Simpsons." Long (the character) is the kind of teenager who will grow up to be a writer for "The Simpsons," seen as a dork by some of the kids at school, a bit awkward and insecure, but perceptive enough to know he is smart and that somewhere out there are his people. He's pretty sure it is Paris, where the French New Wave films he loves are made. And so, when his French teacher tells the class about a foreign exchange program that could bring a student from Paris to stay with Tim's family in Hobart, he signs up, writing an application essay so long it takes several minutes to crank out of the dot matrix printer.

Tim is certain his exchange student will be like a character out of the New Wave films: taciturn, cynical, blasé ironic, basically what you might get if a black turtleneck and a package of Galois had a teenage boy. Instead, he gets Stephane (Avan Jogia) who is what you might get if a St. Bernard puppy and some out of control hormones with positively no impulse control had a teenage boy. In other words, a teenage boy, but a very different one from Tim. Stephane is ebullient, outgoing, and very eager to have sex and almost as eager to talk about having sex. If there could be anything more horrifying for Tim than the isolation he feels, it has to be having Stephane act as nightmare walking id. In the very first scene, before a flashback to Tim's first learning about the exchange program, we see Tim and a girl he has no idea how to get close to shivering in the front seat of the car in the middle of a snowstorm as Stephane has very loud sex with another girl in the back seat. The combined envy and humiliation is infuriating. But he may learn that on the other side of devastating embarrassment seen by everyone you know is a kind of freedom.

Hobart's mascot is the white squirrel. There's a guy who is really into the town's annual White Squirrel Parade and some others, including Tim's mother (Jennifer Irwin, rocking '70s hair in the '80s and yet somehow still giving a warm, layered performance). The town's economy is in a deep recession with many businesses closing, and Tim's dad's tractor dealership could be next. A narcissistic gym teacher (Justin Hartley, having a lot of fun as an outrageous character far from "This is Us" drama) is dating the school secretary and doing his best to prove to everyone how important he is.

The '80s music on the soundtrack is fun (I got a kick out of hearing Swing Out Sister again) but the humor in putting '80s technology on screen is limited. It is surprising that someone associated with "The Simpsons" would produce a script so conventionally structured. The second half has a predictable, sit-com-ish vibe, not as effective as the similarly themed "Son of Rambow" and "Days of the Bagnold Summer." Long's screenplay pushes around the puzzle pieces of all of these characters, events, and discoveries so that they all line up as expected, but the process makes for a pleasant ride with some genuinely endearing moments. (Stay for the mid-credit "exchange.") 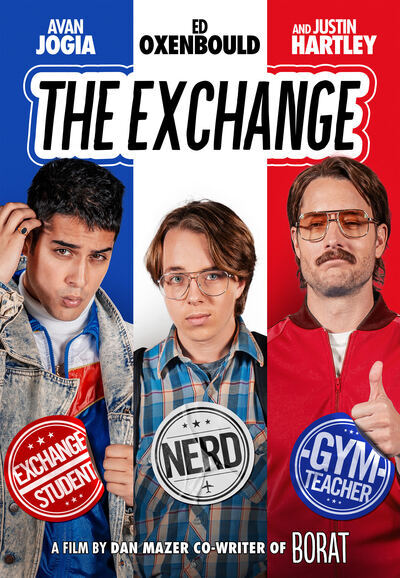