The Escape of Prisoner 614

Set in an unspecified but not particularly ostentatiously bygone time when a full meal at a local diner complete with milkshake cost less than three bucks, “The Escape of Prisoner 614” is (at first, at least) an amiable comedic shaggy dog story in which inept law enforcement meets corrupt law enforcement.

Thurman (Jake McDorman) and Jim (Martin Starr) are deputies in the scenic burg of Shandaken, New York. Here the crime rate is so low that they haven’t any records of arrests going back their whole tenure. As the movie opens, they wonder how they’re going to explain this to the visiting sheriff, who’s played with human-cartoon exaggeration by Ron Perlman.

These fellows had been so not-busy at their jobs that they actually resorted to playing cops-and-robbers in the woods. The Sheriff isn’t aware of that, but he does not buy the fellows’ story about the arrest records going up in smoke. He summarily fires them. And Thurman and Jim are forced to confront an existential crisis. Which they consider thusly:

“If we’re not deputies, what are we?”

“No, we’re worse than nothing—we’re civilians.”

A shot at redemption comes with a phone call from a wizened prison warden nearby. Prisoner 614, a supposed cop killer who’s been locked up, the warden says, “since ’58,” has dug himself a 400-foot tunnel and escaped. The warden sounds as if he wouldn’t mind if the prisoner were brought back not alive. So up the fellows go, into the Catskills around the vicinity of Slide Mountain, the highest peak there.

The boys run out of ammunition in a contest to see who can hit a soda can. Neither one can. That’s the kind of law officers they are.

Prisoner 614 (George Sample III), it turns out, is African-American, and he pleads innocence once Thurman and Jim happen upon him. “In ’58, I went to a protest. Albany…” he goes on with a thoroughly plausible story of how he merely happened to be there when an officer died of cardiac arrest at the scene. Once Perlman’s sheriff catches up with the party, he wants to insure that his deputies don’t buy into such talk. At this point the movie folds in parable with comedy. “Seems there’s racial stuff going on,” as Jim puts it late in the movie.

Starr, best known for playing the spectacularly misanthropic coder Guilfoyle on the TV series “Silicon Valley,” here proves almost as funny playing a bit of a dummy as he is at portraying a smart-ass. McDorman, who’s had runs on the shows “Shameless” and “Limitless,” is likable, and Perlman uses his gift for caricature resourcefully. Writer/director Zach Golden, making his feature debut, does all right by the silly but warmhearted character dynamics and the retro-diner humanism. There’s nothing overtly wrong with this movie save its inherent softness. One doesn’t want to damn with faint praise by calling it modest, but modest it truly is. 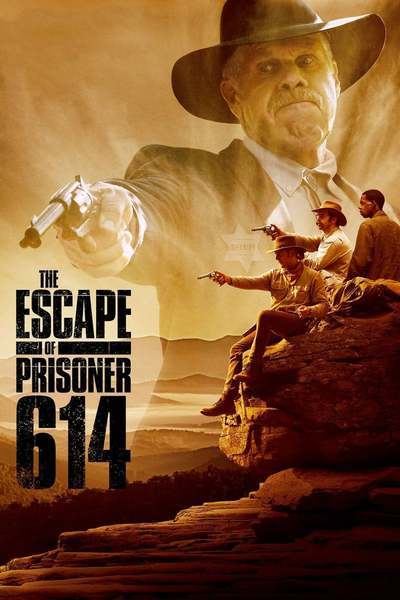 Ron Perlman as The Sheriff 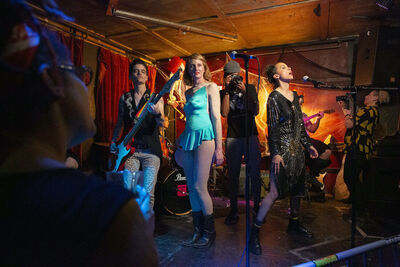