This is an interesting week for mavens of Stanley-Kubrick-related minutiae. “Filmworker,” a documentary about longtime Kubrick assistant Leon Vitali, opens this week. As all Kubrick mavens know, Vitali first met Kubrick playing Lord Bullingdon in “Barry Lyndon” in 1975 but gave up acting to serve Stan. “The Escape,” a drama also opening today, was written and directed by Dominic Savage who, as a young teen, played the tween iteration of Vitali’s character in the same movie. Weird, right?

Moving right along, Savage is a pretty capable filmmaker, although “The Escape” is a mixed effort. The movie begins with a portrait of an ordinary young British couple in bed, with Dominic Cooper’s Mark rousing, or at least positioning, wife Tara (Gemma Arterton) for a morning quickie. Despite being two kids into their marriage, Mark is a lusty one; we soon see he’s very sex positive, at least as far as his own daily needs are concerned. In other respects, he is a less than ideal husband, carping when his towels aren’t ready for him out of the shower, thoroughly unconcerned with pretty much any thought or idea Tara expresses. Within about a half hour, what seemed at first banal is in fact oppressive. With deliberate pacing, minimal dialogue, and solid acting from the leads, the movie makes its point felt about marriage.

But Savage also falls into the trap of making his movie become the thing it’s supposed to be depicting, and by the time we hit the hour-mark, a viewer might begin to feel almost as weighed down as Tara does. And make no mistake, she is weighed down, probably by depression, although nobody around her can recognize it as such and nobody’s interested in doing anything to constructively help her.

As she tells Mark about a group of French medieval tapestries she saw in an art book she bought in the center of London, Savage doesn’t even need to cut to a shot of Cooper to tell the audience about the eye roll we know his character is doing. Faced with such disdain and indifference, she walks out.

And so she does, taking a train to Paris and finding the real tapestries where they hang. At the National Museum of the Middle Ages. There she sees them in person, and a handsome fellow struck by her gaze begins photographing her.

At this point, I almost wanted to bellow “No!” at the screen. I get that Tara is lonely but the solution of finding a "better" man is so very pat and expected. As it happens, the man she meets is not a savior and their encounter points out to Tara that her situation has more complexities than her misery allows her to count.

The movie is mainly noteworthy as a showcase for Arterton. The one-time Bond Girl (surely you remember her in “Quantum of Solace” in the role of … don’t make me say it … Strawberry Fields) is thoroughly deglamorized here, wearing little makeup and wearing ordinary clothes. Her character too is, while intelligent and full of profound yearning, not someone who can articulate her feelings in dazzling verbal flights. Tara is a role that she has to inhabit without flash, and Arterton does so, and movingly, in every frame in which she appears. 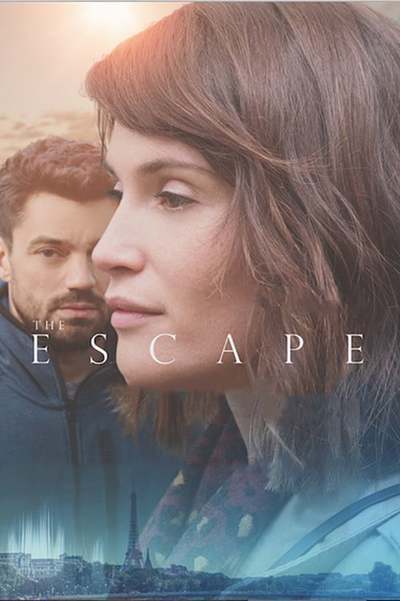