The first scene of "The Discovery" shows the taping of an interview with Thomas Harbor (Robert Redford), a controversial reclusive scientist who has discovered undeniable proof of an afterlife. The reporter (Mary Steenburgen) attempts to get him to talk in-depth about his findings. The mood is tense. The interview ends abruptly with a sudden event that shocks all those present, stunning even Harbor who has seemed unflappable. The opening of the film instantly sets up a mood: uneasy, cagey, solemn. "The Discovery," directed by Charlie McDowell, does not sustain that mood. The entire thing feels like it's happening underwater, sound distorted, movements impeded. A lot happens, but without any urgency inspiring it.

In the aftermath of Harbor's discovery, suicide rates spike to an all-time high. People check out in droves to get to the promised land on the other side. It's a plague-like crisis, and the world adjusts to its new normal, the news dominated by mass suicides, with suicide-counters hanging in public spaces. Jason Segal plays Will, one of Harbor's sons (Redford), who has serious reservations about his father's work. On a ferry ride out to the remote area where his father works, Will strikes up a conversation with the only other person on the boat, a prickly and aggressive woman with platinum hair named Isla (Rooney Mara). Their dialogue—snippy, randomly aggressive, adversarial—is written in a way that is clearly supposed to show potential romantic chemistry, but instead just feels irritated.

Thomas Harbor has holed up in a fortress, the home of his mad-scientist laboratory and a devoted band of acolytes, all of whom tried to commit suicide before being drawn towards the light (i.e. Harbor's important work). The acolytes wear matching jumpsuits. Will confronts his pot-smoking brother Toby (Jesse Plemons) about the cultish atmosphere, but Toby brushes it off. Their father is doing great work, and Will needs to get on board.

There are riveting elements here: the dynamic of the cult members, their submission to Harbor, the "pep talks" he holds, the guided meditations, the experiments in the lab. Riley Keough is very touching as one of the acolytes, a woman with an intensity and depth of feeling that makes her later scenes so frightening. There's not enough of Keough in "The Discovery." The film spends most of its time trying to create a romance between Will and Isla, but they have so little chemistry it's hard to focus on what's happening between them. The characters remain indistinct, their connection ill-defined, muted. When they talk, their dialogue is clearly supposed to sound like "banter," but it's forced. "You're so annoying," exclaims Isla at one point. There’s no subtext.

The plot trudges on, with new revelations about the afterlife, Harbor's backstory, Will's backstory, and Isla's backstory, but it all unfolds in such a circuitous fashion that there's no sense of real forward motion. "The Discovery" has a lot of interesting ideas (mostly reminiscent of the 1990 film "Flatliners"), but the plot struggles to make any headway, as though it's trying to move through mud.

Charlie McDowell's first feature was the thought-provoking "The One I Love," written by Justin Lader (who also co-wrote "The Discovery" with McDowell). "The One I Love" tells the story of a couple (Mark Duplass and Elizabeth Moss) on a marriage retreat at an isolated location. Things get very weird. The overall atmosphere is one of psychological confusion, dissolved boundaries, fractured identity. It's frightening. Much of the mystery of the film remains intact. It's meant to destabilize one's sense of reality and certainty. "The Discovery" shares many of these elements, but it's a far more ambitious film, taking place on a grander scale. The strain shows. 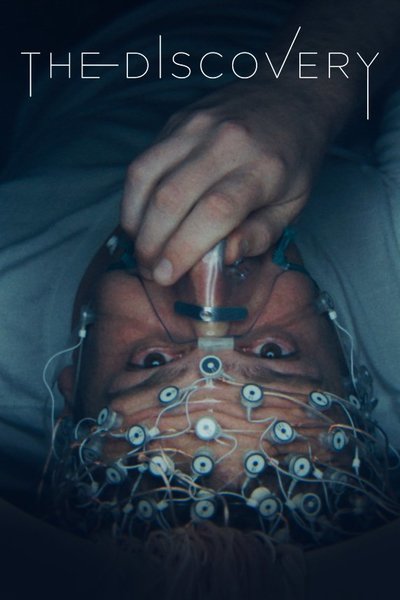 Jason Segel as Will