The Death and Life of Marsha P. Johnson

The documentary director David France made an impressive feature documentary debut in 2012 with “How To Survive A Plague,” which took the very complex history of AIDS activism in the U.S. and made a cogent, angry, and inspiring narrative of it. His new film, “The Death and Life of Marsha P. Johnson,” appears at first to take a more macro perspective on gay rights. But it tells a big story indeed.

Johnson, who died in 1992, and who the police declared a suicide after her body washed up near the Christopher Street pier where she spent much time, a day or so after her actual death, was a drag queen who was born Malcolm Michaels in 1945. Marsha, friendly, extroverted, outrageous, lived the sort of itinerant life not uncommon to trans people in New York in the ‘60s, ‘70s, and beyond. She lived in poverty but at the same time floated with the so-called Beautiful People, including the Warhol crowd. She was one of the principle figures of the Stonewall Riots in the summer of 1969. At that time, just going out on the street in broad daylight in drag, or as a trans person, was a form of activism, but Marsha did more. Until her mysterious death.

The film sketches this out for the viewer before cutting to the present day, and to the offices of New York City’s Anti-Violence Project. There, a trans woman named Victoria Cruz, who’s worked there since the late ‘90s, after she herself was the victim of assault at a nursing home where she worked, is preparing for retirement. But she has some unfinished business to attend to. Like almost everyone else outside of the official authorities, she doesn’t believe that Marsha P. Johnson killed herself. She decides to pursue this cold case. “Justice for Marsha,” she says several times.

Here, France begins constructing a narrative that sticks to you like a good TV crime drama. Victoria visits people from “the life,” so to speak, in various locations. In Hoboken, she speaks to Randy Wicker, who took in Marsha as a roommate in the 1980s. One queen, Miss Kitty, is interviewed in a prison facility. Sylvia Rivera, Johnson’s good friend and another Stonewall veteran, died in the 1990s, but France’s use of archival footage of her is startling. All the while the movie pertinently juxtaposes the past with the present, showing the trial of the man who, in 2013, beat to death Islan Nettles on the street, after (says his lawyer) experiencing “panic” at the realization that she was a trans person.

These days there’s a conspicuous show of unity in gay rights movements; “LGBTQ” fits under one rainbow-patterned umbrella. The extent to which this is equally true everywhere is something I’m not privy too. But it’s a fact that in the 1970s and beyond, non-cross-dressing gays were not necessarily eager to have trans people in the movement. The movie doesn’t shy away from this; it includes some startling footage of Rivera at Washington Square Park, fiercely dressing down a crowd at a rally. “I felt the movement completely betrayed the drag queens and street people,” she says in interview footage.

In the present-day sequences, Cruz continues to rack up evidence of foul play. Phone calls are featured in which thick-accented, hostile-sounding retired New York City police officers hang up on her. Post-it notes on her office corkboard are tacked in vertical succession: “Dirty cop,” “Mob,” and so on. The ecology of the 1960s gay bar is examined. These were all mob-owned, but the operators weren’t “made men”; as one historian explains, these venues were entrusted to barely competent family “cousins” in need of an occupation.

These tendrils are all fascinating, but the main thrust of the picture is emotional. Cruz frequently takes her notes and sits in a booth at Julian’s, one of the most iconic gay bars of the old days, still standing all these years later. As she looks at Marsha’s case she also tells the viewer her own history. Now stocky, blind in one eye, but still handsome, commanding, she shows off pictures of herself in the ‘50s, model-beautiful, a queen who could “pass” but would be subject to shunning and worse were her secret to be discovered. The movie reminds the viewer how far we’ve come, but also how far we have yet to go. It celebrates the heroism of people who died for what should never have been considered either heroic, or a sin: the right to just be themselves. 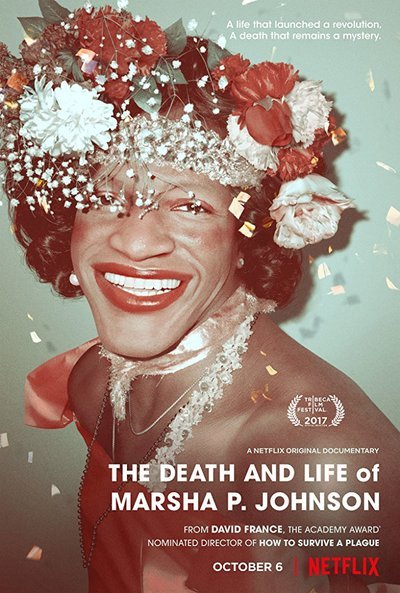 Victoria Cruz as Herself

Sylvia Rivera as Herself (Archive Footage)

Taylor Mead as Himself (Archive Footage)

Vito Russo as Himself (Archive Footage)

Pat Bumgardner as Herself (Archive Footage)