I really miss Bertrand Blier sometimes. “Who?” you might ask. French writer/director Blier’s movies aren’t much in fashion nowadays, but back in the ‘70s and ‘80s he was quite the American art house scandal. His movies, including “Going Places,” “Get Out Your Handkerchiefs,” and “Too Beautiful For You,” were no-holds-barred sex comedies exposing both male brutality and male insecurity, which of course often go hand in hand. And they weren’t afraid of exploring the extreme and secretive edges of male sexuality. Take, for instance, 1974’s “Going Places,” in which Gerard Depardieu (whose movies with Blier helped make him a star) and Patrick Dewaere play a couple of dirtbags roaming the French countryside trying to get into the pants of pretty much every woman they encounter (including a nun). There’s a scene in the movie in which the pair find themselves bereft of the company of women, and Depardieu’s character just rapes Dewaere’s. Aiiieee, right? Only in Blier’s hands, the whole thing is kind of revelatory.

I thought of Blier while watching “The D Train,” in which male sexuality, brutality, and insecurity are all subjected to scrutiny. Not with dry humor and merciless precision but the worst indie-film conventions concerning nerdiness, and butter tubs of sentimentality. The movie goes for grin-and-cringe-inducing, and instead achieves “excruciating.” Jack Black plays Dan Landsman (the title, incidentally, alludes to the character’s compulsive, annoying attempts at assigning himself an appropriately bro-ish nickname) a suburbanite who’s such an annoying and tetchy component of his high school’s reunion committee that one understands when his fellow sad-sacks neglect to invite him out for beers after a typically dispiriting session of trying to drum up alumni enthusiasm. So it’s a little surprising, really, when after these rejections he returns home to his attractive, attentive wife and two kids, one an infant, the other a slightly withdrawn teen boy. Already the character components are failing to line up convincingly, which always suggests a new agenda is brewing.

This comes up when Dan sees a former classmate, Oliver Lawless, in a cheesy sunscreen commercial on TV. Dan is immediately obsessed—someone of his high school tribe has “made it”—and concocts a very hare-brained scheme to attract the gone-Hollywood Lawless to the reunion. Said scheme involves concocting a fraudulent business deal in L.A., and the plot thickens when Dan’s genial but clueless boss (Jeffrey Tambor) insists on going on the trip.

In L.A., the meetup with Oliver goes FAR better than expected. Dan and the indolent, unshaven hunk, played by James Marsden, catch up over not just drinks but cocaine and muscle relaxants. “You’re gay?” Dan asks, after experiencing some conversational confusion over Oliver’s preferences. “I’m not into labels,” Oliver drawls. Hollywood, man. Right?

And then, one of their debauches ends with the two having sex, which Oliver, the morning after, takes in not-into-labels stride, while Dan kind of freaks out. (Media outlets are referring to the not-particularly explicit seduction as  “THAT Jack Black, James Marsden scene,” ooh la la.) At first he freaks out in that conventionally, clichéd “good way” that we’ve been seeing since “Fried Green Tomatoes” and probably before: he’s a new man, bold with his fellows and a tornado in the bedroom. But his cockiness is soon subsumed; after “Lawless” shows up in town to attend the reunion that Dan’s sold him on—AND to crash at Dan’s house, AND to offer Dan’s awkward teenage son crassly comic sex advice, bet you didn’t see THAT coming—Dan’s feelings become sneakier, and he starts acting like a spurned lover, which tends to confuse many around him. And of course it all comes to a head at the aforementioned reunion.

That climax then leads to a summation of Lessons Learned, which are the usual “don’t be afraid to be yourself even if you’re not sure who that self is” bromides, and also some stuff about how getting on a TV commercial isn’t all it’s cracked up to be. The lead actors all do work that critics like to call “game,” but they don’t generate anything: not empathy, not sympathy, not a chuckle. It’s clear that writer-directors Jarrad Paul and Andrew Mogel are out to create a comic parable of acceptance and stuff, and the near-ossified sub-genre or category referred to as “indie” allows them the latitude to go places that a big Hollywood production might not allow. Trouble is, they don’t go to those places credibly. At all. Mogel and Paul are the writers of record for the middling Jim Carrey comedy “Yes Man” and frankly I’d say they met their water level there. As for Bertrand Blier, I’m told his comedies grew sourer and more intolerant over the years, but it’s hard for me to say, as none of them have gotten a U.S. release in this century. 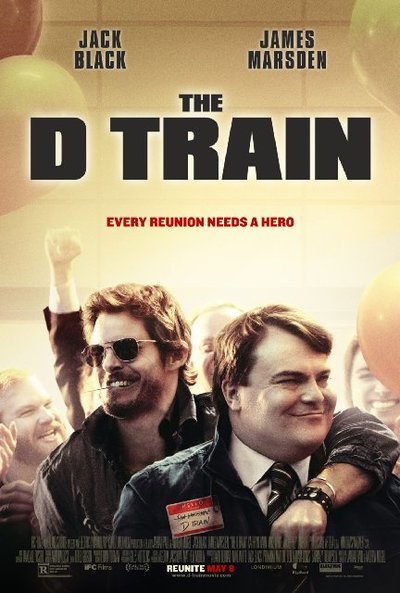