"The Cold Lands" is an intimate drama about a young man whose world is suddenly turned upside-down, and has to make his way in the world armed only with the lessons he's already been taught. It's interested in how people behave in the moment, and how they interact with their environments (houses, cars, open roads, forests). As written and directed by Tom Gilroy, it consists entirely of discoveries. Some discoveries are small: moments of silent interaction between people; particular phrases or omissions that reveal character; shots of people reacting or thinking. Other discoveries are big, notably a couple of plot twists and an abrupt but appropriate ending that makes you think about what you've seen and what the point was. If you aren't daunted by the possibility that you might dislike that kind of film or leave it feeling puzzled or frustrated, see it now. If you want more details, read on, with the understanding that "The Cold Lands" is less a story than an experience, and that, as such, anything one might say about it could be considered a spoiler.

"The Cold Lands" is set in the Catskills Mountains, where the young hero Atticus (Silas Yelich) lives with his single mom Nicole (Lili Taylor), a janitor who works late nights at an office building. The film observes Atticus' fate after his mom dies of an illness that she's concealed from him. Scared, confused and in deep denial, Atticus goes on the run, hiding out in the forest near his house as cops fan out to find him. It's like an adolescent's grandiose version of a little kid hiding under bedcovers rather than face bad news.

You may see Nicole's death coming (I didn't until she took some pills; nobody in movies takes pills unless they're doomed), and that's fine. This tragedy is just the first step in an experiential journey that's mainly about the construction of Atticus' character and the role that his mother played in shaping his values. But this isn't an entirely warm and reassuring film. You can tell early on that Nicole and Atticus are close. While she relates to him as a strong, morally instructive parent should, they're also friends and housemates, so they relate to each other that way, too; but even when the roles overlap and blur, there's no question about who's raising whom.

Nicole continues to be a strong presence after her death. Sometimes she reappears in the film as a hallucination, observing her son or admonishing him. Other times she's not onscreen but you find yourself thinking about her, because the boy is being faced with a moral test and is surely remembering his mother's lessons. There is no voice-over revealing Atticus' thoughts, but if there were, it would ask variations of these questions: Should I lie? Should I steal? These things are wrong, but I'm trying to survive on my own here, and survival isn't pretty. Would mom tell me to do the right thing, or whatever I believe I have to do?

These questions become more pressing when Atticus hooks up with a pothead drifter and wannabe-craftsman named Carter (Peter Scanavino). Atticus latches onto him, and Carter lets the kid travel around with him and join in his rather pathetic adventures. He becomes a sort of anti-mentor, or perhaps just a mentor, period: a role model for a different way of living, one that's more desperate than the life that was taken from Atticus when his mom died. Carter suggests a possible alternate life-path for Atticus. He's cynical and self-pitying: at once a man-boy and a man. It's hard to tell if his bad fortune is mostly his own doing or if he's just been stumbling most of his life, from all the undefined psychic weight on his shoulders.

Whatever his deal is, Carter seems like a real person, just as Atticus does, and just as Nicole did. It has become rare to watch any film, but particularly an American film, and encounter characters who seem as though they could exist in the world beyond the edges of the screen—as if you could walk out of the theater and run into them and have a conversation.

Atticus is the son Carter never had and probably never will have, if he's smart. Conversely, Carter is the father Atticus seems to have lacked growing up—which is not to say that the boy necessarily needed a father, in that Family Values propaganda sort of way, but that he quite simply lacked one, and has therefore never been exposed to certain distinctively masculine ways of seeing the world, and acting in it. It's fascinating to watch these two get to know each other and build an alternately trusting and distrustful relationship, always fighting tendencies ingrained by nature and nurture. Carter is who he is, and seems to have little capacity to change, but then he'll say or do something that makes us wonder. Atticus is still a work in progress. We worry about him once he hooks up with Carter. Will the man undo all the good done by the boy's mother? Or is Carter just showing him another way to live?

If "The Cold Lands" had been content to remain a character study, it might still have seemed like an exceptional American movie, but Gilroy's filmmaking raises it to another, eerily assured level. Almost nobody saw Gilroy's first feature, "Spring Forward," a drama about the bond between state park groundskeepers played by Ned Beatty and Liev Schreiber, but it was one of the best American independent films of the '90s, worth seeking out not just for its singular merits (rich, deep and realistic characterizations; a powerful sense of place) but for how it illuminates Gilroy's growth as an artist. "The Cold Lands" is one of the great evolutionary leaps forward between a first and second feature that I've seen. Gilroy, his cinematographer Wyatt Garfield, and his editor Julia Bloch have shaped every shot and moment with intelligence and care, balancing physical beauty with psychological insight, as well as a sense of restraint that never shades over into fake-Hemingway stoicism.

There's an internal logic to the way Atticus crosses the frame in a wide shot filled with trees and water, or the way that the director blocks the boy and his mother in the cluttered confines of their home, or the way he places Atticus and Carter in the foreground and background of a scene of the boy following the man through a grove of trees. You always sense a psychological connection between the characters and their environments, whether they are existing in nature or in a suburban or rural community comprised of ramshackle houses, gas stations, campgrounds or a Burning Man-type concert where drugs are consumed and trysts enjoyed. And yet despite the beauty of the trees, mountains, water and grass, Gilroy's movie is rooted in the here and now, in the observable facts of life. It's accessible yet mysterious, a film that deepens in the mind as you remember it, and live with it. 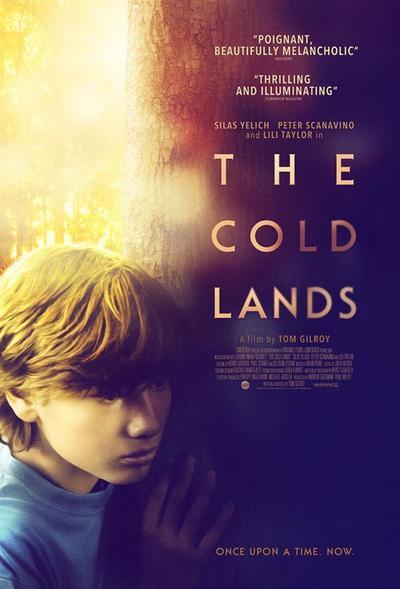