“The Cobbler” is almost fascinatingly awful enough to recommend. If one subscribes to the theory that you can learn as much from a bad movie as from a good one, this one’s a master class in what not to do. What starts off as purely harmless mediocrity piles on the narrative and filmmaking mistakes to such a degree that it’s like watching a train wreck…that bursts into flames…and then another train crashes into it. There’s something perversely fascinating about a film that doesn’t just go off the rails but does so in such misguided fashion. And it’s all the more remarkable when you consider that “The Cobbler” was made by an undeniably talented filmmaker, the man who has given the world great films like “The Station Agent,” “The Visitor,” and “Win Win.” This film is so inferior to those works that it almost disproves the auteur theory on its own.

It starts off innocently enough. Max Simkin (Adam Sandler) is a quiet, kind cobbler in a New York neighborhood that is being drained of its personality by big business. He keeps to himself, managing his little shoe shop, and taking care of his mother since dad disappeared years ago, leaving him a story that he still doesn’t really feel is his own. Max is an observer, someone who sees lives going on around him, like the gorgeous model couple outside his shop, but he doesn’t really have to call his.

One night, working on a pair of shoes dropped off by an outspoken criminal named Ludlow (Method Man), Max’s machine breaks down. He digs an old one of his father’s out of the basement and repairs the shoes. He slips them on, looks in the mirror, and, bam, he’s Ludlow. The transformation is purely superficial in that Max is exactly the same on the inside but everything on the outside, including the voice, is of the owner of the shoes. Of course, Max uses the magical machine on every pair of shoes he can find, spending a bit of time in the shoes of the DJ (Dan Stevens) with the model girlfriend, and even pretending to be his disappeared dad (Dustin Hoffman) so mom can see him one last time.

For half the film, “The Cobbler” is a well-intentioned but dull affair—a modern fairy tale about stepping into someone else’s shoes that doesn’t do nearly enough with its thematically dense high concept. The piece has no thematic resonance at all because writer/director Thomas McCarthy and co-writer Paul Sado fail to get beyond the superficial. We don’t learn anything about the people that Max becomes. In fact, the film is almost defiant in its judgment of books by their covers. He becomes the genetically blessed Stevens and a girl hits on him. He becomes his dad and his mom treats him as if he is her lost partner. “The Cobbler” suggests that walking a mile in someone else’s shoes will make you look like that person but not actually experience anything else about them.

Almost as if McCarthy and Sado can tell the first half isn’t really working, they blow up their concept into a quasi-superhero movie in the second half, as Max juggles shoes/characters in an attempt to stop a nefarious businesswoman (Ellen Barkin) who is trying to push locally-owned businesses out of the neighborhood. In a remarkably episodic film, this is where it jumps the shark in jaw-dropping fashion, a screenwriting mess that’s also poorly executed filmically. The lack of tonal consistency led to production values that have no personality at all. Scenes are shot from flat, predictable angles, often from one side of the room, as if we’re looking at a bad theatre stage, on which boring sets have been designed. The film becomes remarkably lifeless, almost as if it’s falling asleep with its audience, until a final act twist seals the deal in terms of bad, manipulative screenwriting. The last few minutes are jaw-dropping—like a sour cherry on a bad movie sundae.

What’s so bizarre about “The Cobbler” is that it was directed by a man who, up to this point, had never helmed even a mediocre film, much less a disaster. If this was just another Happy Madison joint, it might make more sense, but Thomas McCarthy has proven himself deft at presenting us complex characters in films like “The Visitor” and “Win Win.” By the end of those pieces, we really felt like we had walked a mile in someone else’s shoes, and were richer for the experience. Only masochists are made richer by "The Cobbler". 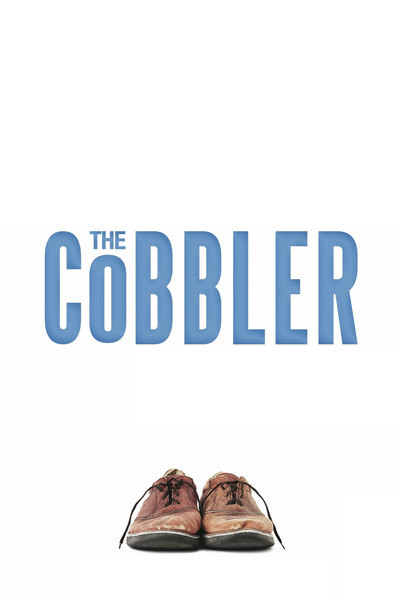 Rated PG-13 for some violence, language and brief partial nudity