Hollywood used to import movie stars from overseas. Then directors. Then they remade foreign films. Now the studios import entire genres. It's cheaper buying wholesale. “The Big Hit” is a Hong Kong action comedy, directed by Che-Kirk Wong (“Crime Story”), starring an American cast and written by Ben Ramsey, an American who has apparently done as much time in the video stores as Quentin Tarantino.

The movie has the Hong Kong spirit right down to the deadpan dialogue. Sample: Hit Man: “If you stay with me you have to understand I'm a contract killer. I murder people for a living. Mostly bad people, but ... “ Girl He Has Kidnapped: “I'm cool with that.” The characters in these movies exist in a Twilight Zone where thousands of rounds of ammunition are fired, but no one ever gets shot unless the plot requires him to. The bullets have read the screenplay.

Then they dress for work. They're all garbed as utility workers, with hard hats, toolboxes and wide leather belts holding wrenches and flashlights. As they saunter down the street to Graeme Revell's pumping soundtrack, they look like a downsized road company version of the Village People.

The plot: They attack the heavily defended high-rise stronghold of a rich pimp who has just purchased three new girls for $50,000 a head. They break in with guns blazing, and there's an extended action sequence ending with one of the heroes diving out of an upper floor on a bungee cord, just ahead of a shattering explosion. And so on.

They kidnap Keiko (China Chow), the daughter of a rich Japanese executive. Complications ensue, and she ends up in the hands, and later the car trunk, of the leader of the hit men, named Melvin Smiley (Wahlberg). This is most likely the first movie in which the hero hit man is named Melvin Smiley. But he does smile a lot, because his weakness is, “I can't stand the idea of people who don't like me.” You would think a hit man would have a lot of people walking around not liking him, but not if he is a good enough shot.

Keiko falls in love with Melvin with astonishing rapidity. Sure, she tries to escape, but by the end she realizes her future lies with his. Will this complicate Melvin's life? Not any more than it already is.

He has a black mistress (Lela Rochon), who looks at a dismembered body in their bathtub and says, “He's kinda cute.” And he has a Jewish fiancee (Christina Applegate), who is Jewish for the sole purpose of having two Jewish parents (so they can appear in the middle of the movie like refugees from a Woody Allen picture and provide crudely stereotyped caricatures). Gould makes crass remarks about his wife's plastic surgery, gets drunk and throws up on Lou Diamond Phillips, in a scene where both actors appear to be using the powers of visualization to imagine themselves elsewhere.

Many more action scenes. Cars explode. Cars are shot at. Cars land in trees. They fall out of trees. Remember those old serials where someone got killed at the end of an installment, but at the beginning of the next installment you see them leap quickly to safety? That trick is played three times in this movie. Whenever anyone gets blowed up real good, you wait serenely for the instant replay.

I guess you could laugh at this. You would have to be seriously alienated from normal human values and be nursing a deep-seated anger against movies that make you think even a little, but you could laugh. 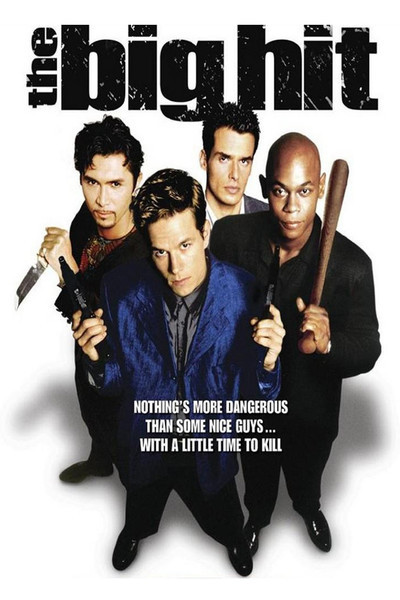 Rated R For Violence, Pervasive Language and Some Sexuality