Here’s a wild idea: Would it be possible to make a superhero movie and just take out all of the action sequences? You know, just focus on the character’s conflict—the way he struggles to balance his public responsibilities with his private relationships? It would only be about an hour and a half long—maybe 80 minutes, tops—but it would be gripping, moving, even nourishing.

Having endured "The Amazing Spider-Man 2," that’s the movie I would rather have seen. I recognize that this is a ridiculous proposal. These comics-inspired, effects-laden summer blockbusters are created to serve as an escape for international audiences. They are part of a franchise. They are product. They are drive-thru, fast-food cheeseburgers in cinematic form. See ‘em in IMAX, and it’s like supersizing your order with curly fries on the side.

Director Marc Webb’s follow-up to his entirely adequate "The Amazing Spider-Man" from 2012 feels even more like it’s just been unloaded from the assembly line. The sporadic moments of recognizable human contact and emotion are the only ones in this latest episode of the soaring web slinger that truly take flight. I want Webb’s "(500) Days of Summer" version of teenage superhero angst—and it exists here, but only in glimmers.

Just when you think it’s over, there’s another fight and another villain, another climax and another conclusion. The whole endeavor just drags on and on, and any momentary thrills you may have experienced have long since passed. There’s a lot going on here but very little that’s truly compelling.

Conversely, though, "The Amazing Spider-Man 2" is strongest when it’s at its quietest and most intimate. One revelatory exchange between Andrew Garfield’s Peter Parker and Sally Field as Peter’s Aunt May is so poignant, it made me want to cry. And every scene between Garfield and Emma Stone as Peter’s sharp and assured girlfriend, Gwen Stacy, leaps off the screen. These are the real 3-D effects, the ones created by the flirty sparks between these two actors.

Garfield gets to be a bit lighter and more playful this time around, but his inner struggle over the use of his arachnotastic powers—and the larger consequences of them—remain palpable. What made his performance in the original "Amazing Spider-Man" work so well, and what made it such a pleasing difference from the way Tobey Maguire played Peter Parker in Sam Raimi’s "Spider-Man" trilogy, was his innate rebelliousness. Garfield’s Peter already had a restless, restless streak in him—a chip on his shoulder for his outsider status—which made his choice to become a vigilante crime fighter make more sense.

Here, Garfield is the cheeky, wisecracking superhero of Marvel Comic lore. He has become Your Friendly Neighborhood Spider-Man. Yet the tag line on the movie’s posters and billboards says: "His greatest battle begins." How many times can he have his first, greatest battle? Haven’t we already covered much of this territory?

Once again, Peter is working through his daddy issues, searching for clues as to why his mysterious scientist father (Campbell Scott) and mother (Embeth Davidtz) left him to be raised by his aunt and uncle in blue-collar Queens when he was just a young boy.

Once again, Peter reconnects with childhood friend Harry Osborn (played in Raimi’s films by James Franco, played here by a snaky Dane DeHaan) with dire consequences. Peter and Harry’s past and future are as intrinsically tied as their fathers’ were; Harry’s dad is, of course, the scheming industrial titan Norman Osborn, head of Oscorp (played in Raimi’s films by Willem Dafoe, played here with a last few gasps by Chris Cooper), where Peter's father was a top researcher.

The massive Manhattan skyscraper that houses Oscorp Headquarters represents all that is untrustworthy and duplicitous about corporate culture. It’s also an unsafe work environment, it seems, as evidenced by the fate of Jamie Foxx’s character, engineer Max Dillon.

Max is a nerdy stalker obsessed with Spider-Man and depressed by the tiniest perceived slight. (In case you were wondering, playing a needy dweeb isn’t the best fit for Foxx’s considerable charisma.) While working late one night, Max falls into a vat of electrified eels and becomes the high-voltage villain Electro—although, with his pallid skin, hooded cloak and lightning bolts shooting from his fingers, Electro amusingly (and distractingly) resembles "Star Wars" uber-villain Darth Sidious.

And so Peter must deal with Electro, as well as with the dark, destructive force Harry will become. There’s also a third bad guy waiting in the wings in the form of Paul Giamatti, lumbering about Midtown in a giant, metal rhinoceros get-up. He goes by the name Rhino, in case you’re unfamiliar with the canon. And he’s kind of adorable. He also shows up so last minute, his inclusion feels like a wedged-in tease for the next installment (which surely is unavoidable).

But the more important battle occurs within Peter himself: whether to pursue his love for Gwen, knowing full well it was the wish of her late, police-officer father (Denis Leary) that he stay away from her and keep her out of his mayhem. Gwen is actually the smartest and most interesting character here; confident and independent, she just graduated as the valedictorian of her high school class and she’s on her way to London to study at Oxford.

The insanely likable Stone makes her the coolest, most stylish brain imaginable. Perhaps in the low-budget, indie Spidey I’m envisioning, the story can be told from Gwen’s perspective. 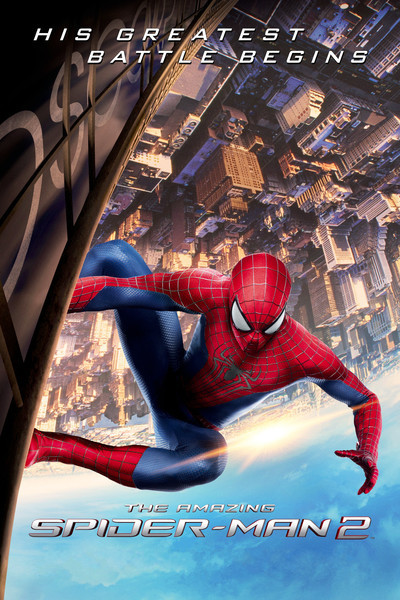 Sally Field as Aunt May