For better or worse, at the end credits of “The 11th Hour,” the viewer will, I can confidentially predict, have a “Well, THAT was something” feeling. Whether the “something” part is considered good or bad I won’t hazard, but there you have it. The latest movie from Danish-born writer/director Anders Morgenthaler stars Kim Basinger, as you’ve never seen her before, as they used to say in the days of more overtly cheesy movie-marketing campaigns than we enjoy today.

She’s not the first person we see in the movie: the opening credits take place in, well, an amniotic sac (or rather the simulation of same) in which a fetus is growing into recognizable human shape. “When I look at you and I feel you in me, it’s so far beyond love,” Basinger is soon heard saying. Is her character, Maria, addressing her husband, Peter (Sebastian Shipper) or the aforementioned little one? Well, Maria soon wakes up to horribly bloodied sheets and is rushed to a hospital. Turns out she just suffered the last, and worst, in a series of miscarriages, and is told by a doctor in no uncertain terms that she’s got to stop trying to conceive. Peter follows suit, insisting the couple come to terms with the fact that it’s going to be childless. For the aging Maria, though, there’s a problem: a small wisp of a child, looking rather like a genuine fairy-tale variant of the Lady In The Radiator from Lynch’s “Eraserhead,” is constantly visiting Maria, telling the “mother” that she needs to find her. “I am here,” the vision insists. Uh-oh.

Maria is a top executive at a European shipping company (Morgenthaler initially handles the specific details of Maria’s life with a deftness that often escapes filmmakers preoccupied with weighty themes such as squelched motherhood), and when she’s conferring with a human rights group that’s concerned about child prostitution on one of the company’s most-traveled routes, she’s visited by a near-lunatic idea. Learning that many of the child prostitutes actually sell their babies, Maria immediately convinces herself that the child who speaks to her is out there on that route. Armed with her fancy car and a lot of cash at her disposal, she takes off to Germany and its borders. She soon enlists little person Christian (Jordan Prentice of “In Bruges”) in her quest. Christian, whom she first sees in a panda suit, getting into a vicious street fight, is not quite a paradigm of reliability. “I don’t get a fix, I can’t help you,” he says early on, and the character’s junkiedom naturally determines a lot of his subsequent actions, including his decision to tag along with Maria despite his initial revulsion at the notion of purchasing a child prostitute’s possibly unwanted baby. As you might expect, things do not go swimmingly, even after (well, more like particularly after) a baby is located, absconded with, and reclaimed by a very tough and violent character played by Peter Stormare.

The stalwart Stormare, who we all loved in “Fargo,” has turned into a rather predictable actor in recent years, and despite its forefront quality, the rage he projects as a character who of course wants-back-what-was-taken-from-him seems almost phoned in. There’s also a pretty affected quality to Morgenthaler’s admittedly accomplished image-crafting, as in for instance a shot in which the very game Basinger’s face is obliterated within a mirror—get it? And as a writer of English-language dialogue he’s not ideal, being of the belief that variants of “f**k” are extremely common modifiers of practically every sentence you can concoct in the language, as in for instance “You’re just some rich woman who can’t f**kin’ have kids.” For all that, and more, I found this a less-than-fulfilling cinematic experience. But I have to give Morgenthaler credit for what we used to call “moxie”—whatever the hell he’s doing, or thinks he’s doing, he’s fully committed to it, and while he doesn’t really pull off the unhinged apocalyptic fireworks he’s reaching for at the end (and I don’t think any director save Andrzej Zulawski, who’s clearly an influence, could pull them off), I give him credit for trying. 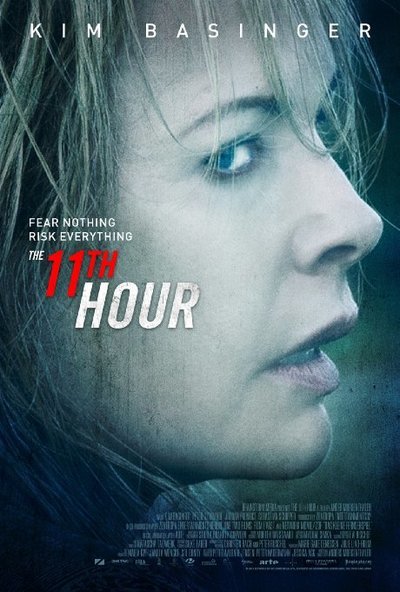 Peter Stormare as The Russian