Don't let the bubbly energy of its opening scene fool you, "Sweat" is a character-driven drama with its fair share of cold, dark turns. With a story set in the world of social media fitness influencers, writer/director Magnus von Horn reveals the sober loneliness that lies behind the scenes.

The film centers on Sylwia Zajac (Magdalena Koleśnik in a remarkable inaugural lead role), whose long, blonde ponytail, pale blue eyes, and neon aesthetic is everything you’d expect to see out of an Instagram influencer. She leads big workout classes to the ecstatic “Woo!” of her adoring flunkeys, never once breaking a smile or a sweat. Von Horn creates an intimate portrait from the start mimicking her movements with giddy hand-held camera work while shooting moments of her personal life from afar, giving the audience the ultimate feeling of a voyeur.

For most of the film, you can sense Sylwia to be on a precipice—even if you’re not always sure what’s supposed to come next. As a master image manipulator, as one must be to amass 600,000 dedicated Instagram followers in the age of the algorithm, the flawlessness of her physique cannot overcome the emptiness of her self-obsession. Despite the bright persona she portrays online, there's always a sadness behind her eyes—none more so than her teary-eyed confession of her desire for love.

As we delve deeper into Sylwia’s life, that sadness suddenly has a much deeper source. A painful but sharply executed visit on her mother’s (Aleksandra Konieczna) birthday demonstrates both the self-centeredness that hinders her love life and the emotional neglect that she tries to remedy with her work. It is this chaotic scene that leads to the film’s most violent (though certainly not most shocking) outburst. Klaudiusz, Sylwia's fitness partner (a brilliantly convincing Julian Świeżewski), forces Slywia to question where the real threat lies. The consequences of her perpetual emotional exhibitionism jolt the film (and Sylwia) to reckon with the humanity that exists underneath the gloss of social media and the influencer lifestyle.

Magdalena Koleśnik’s energetic performance is a gem. For better or for worse, she commands our attention in almost every scene. Her careful portrayal of a woman trying to gather the threads of her identity as she is slowly coming undone is magnetic, providing her character with the depth to be both the villain and the heroine of this story.

Von Horn has crafted an impressive art film that tells a story outside of the pathological narcissism commonly associated with the world of social media influencers. Even surrounded by the alarmingly curated lifestyle, von Horn and Koleśnik together bring to life a story with more nuance, sophistication and genuine moral curiosity than we’ve seen from the genre. As Sylwia remarks, “weak, pathetic people are the most beautiful”—it is this raw, unfiltered confession that leads you to almost believe her. Yet, as we’re left with the sadness that fills those pale blue eyes, you wonder if Sylwia is finally navigating her deeper self or revealing just enough to keep her fans coming back for more. 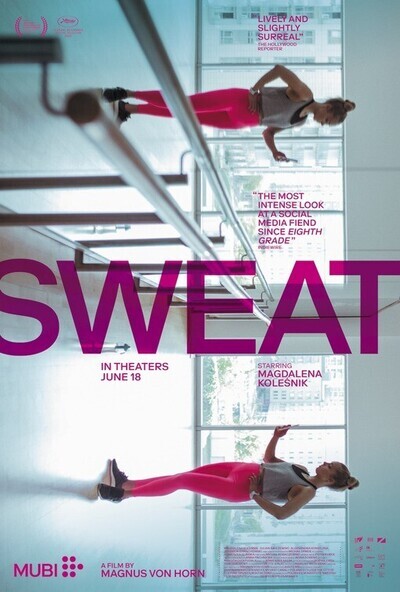